Sonic Mania is the latest game for the Blue Blur, going back to the series’ roots in spectacular fashion. Here are 10 tips and tricks to make the most of his new adventure.

1. Use the Drop Dash

The drop dash is essential for speeding through levels. All you have to do is play as Sonic and then hold down the jump button after jumping. You’ll perform a mini spin dash when you hit the ground. This is useful for speeding through vulnerable enemies and keeping up your momentum across straightaways and small ramps. Just don’t speed off a cliff or run into an invulnerable enemy. 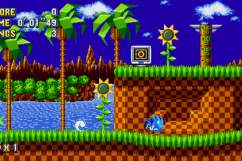 Sonic Mania: How to Drop Dash

2. Know When to Attack Enemies

While many enemies can be taken out by jumping on top of them, some require more complex ways to beat them. For instance, the spherical enemies in Studiopolis Zone will be temporarily invulnerable when they spin their glowing spheres around their bodies. You have to jump at the central core of the enemies when the smaller spheres aren’t spinning to take them out.

You’ll sometimes find enemies arranged in rows across gaps, serving as a nifty shortcut as you bounce from enemy to enemy.

3. Go off the Beaten Path

While being on the most optimal path is necessary for Time Attack, it pays to go off the beaten path in regular mode. That’s because there’s often hidden goodies stashed away such as extra lives and shields in the nooks and crannies of levels. You might even be able to find the entrance to a Special Stage.

4. Use What You Learned From Classic Sonic Games

While Sonic Mania contains many brand new levels, many levels come from past games in the Sonic the Hedgehog series and many of them contain the same kind of obstacles and general level design. That means the skills you learned in those games will translate pretty well to those stages.

While it can be easy to stay rooted to the ground as you speed across stages, don’t be afraid to jump when the opportunity presents itself. Jumping is not only useful for avoiding or taking out enemies, but essential for reaching many of the game’s shortcuts and cutting corners in general.

Bosses may look intimidating, but all of them subscribe to specific patterns of attack that you can exploit. For instance, the mid-boss of Studiopolis Zone shoots dangerous red rockets but also blue rockets you can spin attack into to knock them into the boss and damage it. Then the main boss of Studiopolis Zone has specific attacks that can all be dodged in specific ways, such as standing underneath the boss as the sunbeams hit so you can jump up and damage it.

7. You’re Only as Good as Your Last Ring

You can take as many hits as you can so long as you have at least one ring. If you get hit without any rings, you lose a life. When you get hit, your rings immediately scatter so jump around quickly so you can recover as many as you can.

Special Stages are entered via the giant golden rings hidden in each level. Once inside, you have to chase down a UFO while collecting spheres to speed up and rings to extend your time across a 3D map. Catch up to the UFO and you receive one of the seven Chaos Emeralds.

Just like in the main game, find ways to cut corners as you jump across patches of dirt and don’t be afraid to go off the beaten path as you’ll find many of the spheres and rings you need in them. Prioritize collecting rings to stay in stages longer and don’t panic when you start to speed up. 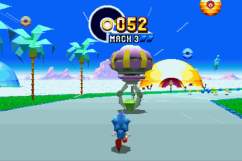 Bonus stages are reached by passing by a Star Post when you have enough rings and then jumping into the Star Circle that appears above it, according to Sonic News Network. They play exactly like the Special Stages in Sonic the Hedgehog 3, where you have to collect blue spheres while avoiding red ones. Blue spheres turn into red ones after you touch them. Rings can appear if you enclose a blue sphere in a perimeter of red ones.

Since the stages aren’t too big, you’ll be able memorize their layout a lot easier. This allows you to anticipate where obstacles, useful power-ups, and shortcuts are in a stage. So don’t fret if you don’t do too well in a stage the first time because you’ll only get better with more playthroughs. 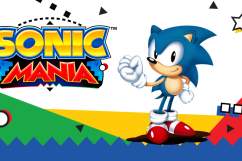