Pokemon Gold and Silver are receiving a Virtual Console release on the Nintendo 3DS today. As the nostalgia hits you in waves as you return to Johto for probably the billionth time, you might be wondering when you can actually dive into the meat of the game.

Pre-loading is available for this title so if you’re planning on buying this no matter what, it’s probably worth picking it up through a pre-order so you can have to ready to go when the release actually hits. According the the Nintendo 3DS eShop, Pokemon Gold and Silver will be available to play at 12 p.m. ET. This means if you have it pre-loaded, it will be ready to go at noon. The only bad thing is that we didn’t get to play these games earlier in the week. Traditionally, Nintendo games launch on Fridays.

We probably won’t be getting anymore generations of Pokemon appearing on the Virtual Console after this since all the other titles are available or have received Nintendo 3DS remakes. This makes the Nintendo 3DS your go-to platform for every Pokemon game, which is pretty cool. What would be even cooler is if the Virtual Console launched on the Nintendo Switch and released all the Pokemon titles there. We can dream, right?

The price of these two titles is $9.99, as expected, so you won’t be putting a huge dent in your wallet if you decided to let nostalgia take the wheel. Like the generation before it, these games might feel a little dated when compared to today’s standards but they are still excellent games on their own. We know you’re dying to explore the world of Johto all over again as it represents one of Pokemon’s best regions.

This generation of Pokemon was important to the growth of the series as it introduced a number of features that have since become series staples including male and female Pokemon, a day and night cycle, Pokemon breeding and the Steel and Dark types. We still have to wait another generation to choose a gender for our playable character, however (unless they release Crystal version).

Like we mentioned before, Pokemon Gold and Silver will unlock at 12 p.m. ET on September 22. 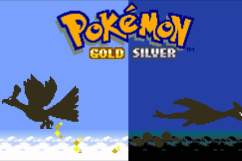