Thatgamecompany, the developers behind the critically acclaimed Journey, announced their new game Sky at the Apple Special Event today.

As a child of light, you bring the light to where it’s needed the most. The gameplay has you exploring a world in the sky interacting with up to eight players all around the world. You can also interact with creatures.

The game is multi-format but coming to Apple iPhone, iPad, and Apple TV first, with more platforms to come. 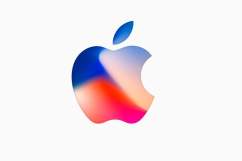