It’s not just about the opportunities that present themselves. We’re all going to grab that sentry or flame trooper kit that spawns right next to us. It’s the other great ideas on how to turn the tide of battle. The ones that aren’t as easy to come by or come up with. A little creativity can be rewarded with an easy back stab or an objective winning squad wipe. Just like overconfidence can lead you quickly into the land of bad decisions and hubris. It’s always a balance.

When you’re about to do something a bit crazy, just remember; you want to be the guy that circles around, behind a whole squad camping, the door they thought you would use. You don’t want to be the guy running, across an open field, to throw that mini grenade at a windmill entrenched sniper.

Take your own path to Battlefield 1 greatness, but here’s a little creative boost to help you on your way. Here are some fresh new ideas for inspiration and most importantly to carry you to victory.

Shooting is easy. You can lead with the AA gun and quickly become a blight to the existence of any flying ace. You can even work a tank gun like a magician. This means you can probably handle the thankless but important role as a tail-gunner on an airplane.

You just can’t fly very well. Your best bud is the real wiz with the wings, but he never gets a chance when a plane is free. Tired of sitting there waiting for him to get one. You grab that attack plane yourself and here’s what you do.

Did you see that correctly? Take advantage of any attack plane you can get your hands on. Let your buddy take you on strafing and bombing runs alike. You’ll swat the pesky flies off your backside and he’ll take over the steering. Just remember the transition does require a small amount of timing and hopefully no sandstorms.

If you get low on health your buddy can’t heal the plane. It’s a serious drawback, but if managed correctly you can always switch back. Watch your buddy parachute in to the thick of battle and use his full kit rather than pilot gear. While you heal the plane. That’s right your boy just took Objective Butter It’s not over; you have a nice warm plane waiting for him when his time comes. Just rinse and repeat because this is fire. Just watch out, even the Red Baron is starting to get a touch jealous of all your kills.

It is so frustrating when you almost get a kill. The sniper ducks back into the protected farmhouse and you know a whole squad is inside waiting for you. I know, I’ll throw a grenade in the window.

It’s a great idea but when you go to execute this master plan; you watch the grenade bounce off the tiniest windowsill. It lands at your feet and now your looking at the words accident.

Even worse you pin a guy back into a building and you throw a grenade in. It bounces harmlessly to a weird corner of the room, hurting no one. Of course you have know idea this happened and you rush in like SWAT. This is when you are promptly shot by the guy your chasing. He’s got 5 health and you promptly break your controller.

There’s an easy solution and its an explosive that packs a bit more punch. Its time to bring that farmhouse down on their heads or toss a present around the corner to your awaiting opponent. It’s time for dynamite especially if there’s one of those nasty horses about and it just ran over your friend. Use your opponents aggressiveness against them, let them see you run, and they’ll charge right in.

It’s not always smooth and sometimes your just going to take a few people with you. It frustrates your opponents and it can help you get out of a bad spawn with a multi-kill. Don’t be shy, if a flame wielding mad man comes around the corner, they’re trying to kill you; you should let them have it.

In dark hallways and confined spaces, dynamite can be used as a trap. Set it up and lie in wait. If someone is chasing you so hard it feels like they really, really like you. Be nice and leave them something around the next corner.

Control objectives, set traps, and take down vehicles like a boss. It’s time to channel the Fatman from Metal Gear Solid 2 or get in touch with your inner Junkrat. 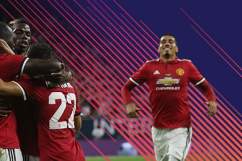 FIFA 18: How to Master Free Kicks