Destiny 2’s first expansion, Curse of Osiris, is almost here and it’s looking to bring a plethora of new content for players. Set on the Vex controlled planet of Mercury, users will need to venture there and seek out a famous Guardian known only as Osiris. Guided by Osiris’ Ghost, Sagira, this expansion features a new story,  strikes, Public Event, raid content, and loot for players to obtain. Additionally, Bungie will be slowly integrating a number of changes to the core components of Destiny 2.

For those looking to jump into Destiny 2: Curse of Osiris the expansion will be available for download on December 5 at 8:00 a.m. PST / 11:00 a.m. EST. Users cannot pre-load this expansion, so you’ll need to download it once the DLC officially goes live. There will also be a scheduled maintenance on December 5 prior to Curse of Osiris’ actual launch. This maintenance will be roughly around 7:00 a.m. PDT and is aiming to last about three hours. After the maintenance is completed players will be able to access the Curse of Osiris expansion, so make sure to keep tabs on Bungie’s Help Twitter for additional updates.

For the unfamiliar, Curse of Osiris is the first time players will truly get to venture to Mercury for PvE (Player vs Environment) content. While this planet was sparingly used as a reward area for the first Destiny, players will get to explore a far larger part of the planet. The area is broken up into multiple areas, but the most intriguing is a location called “The Infinite Forest.” This portion of the map is broken up into three different areas that are different moments in time. Bungie has been rather quiet at what players can expect from this area, so it certainly will be one of Curse of Osiris’ biggest mysteries.

One of the biggest draws for this expansion will be the new raid content that was unveiled during the first Curse of Osiris live stream. Dubbed “Raid Lairs,” this content acts as a slightly smaller version of a typical raid. Set once again on the Leviathan ship, players will battle through completely new encounters as they explore the underbelly of this ship. Bungie was quick to remind players that this is not just altered versions of existing encounters, so users should be in for a fresh experience. This raid lair will also feature new weapons and armor for players to collect and use. The existing loot table has also been alter to now drop higher ranked items to fit with the increased Light level to 330.

Crucible players can also expect some new maps to battle it out on and there was a brief trailer released showing off some new weapons, armor, and emotes. This includes a disco dance, mic drop emote, unique armor sets, and a host of new ways to kill your enemies with. One of the most intriguing appears to be a gun that fires little exploding robots. There is a lot of weight resting on Curse of Osiris’ shoulders, so it will be interesting to see if this expansion can give players a reason to keep coming back. 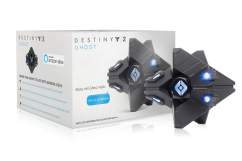