Geoff Keighley’s 4th annual video game awards show came and went, giving recognition to some of the biggest accomplishments of gaming in 2017.

However, it appears that they completely forgot to give out the award for Best Multiplayer.

Some of the categories on the awards page on the official website do not have a highlighted winner but the winners were still announced during the pre show. Monument Valley 2 won Best Mobile, Forza Motorsport 7 won Best Racing, Hellblade: Senua’s Sacrifice won Best Audio Design, and Injustice 2 won Best Fighting Game as they announced on their Twitter account. Best Multiplayer was completely ignored.

In addition, none of the contenders are claiming they are the winner of the award on social media.

So… that’s a little awkward.

We will be on standby if anything changes and the award is announced.

What game do you think should’ve won Best Multiplayer? Let us know in the comment section below.

PlayerUnknown’s Battlegrounds finally revealed gameplay footage of its second map known as Miramar, a sprawling desert dotted with towns and abandoned factories. According to Polygon, it’s smaller than the original map, Erandel, but it looks like it’s going to have a lot more verticality with the extra buildings. They also announced that the game is going to leave Early Access on December 20. The new map is available on public test servers tonight at 12 a.m. PT / 3 a.m. ET.

In other battle royale news, Fortnite: Battle Royale is getting a 50 vs. 50 mode. The mode is available from December 8 to December 17 and will have no team killing. Epic Games said that this is the first iteration of the new mode so expect some updates in the future. 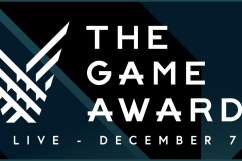 The Game Awards 2017: All the Trailers Shown Off