There are a lot of different items offered to Call of Duty WW2 players during the special Resistance community event. From cosmetic outfits to new emblems to a whole Division, developer Sledgehammer Games is certainly looking to reward the community. However, the big focus for many players will certainly be the various new weapons offered. From rifles to submachine guns, there is a sizable new arsenal for users to try out. One of the most curious weapons comes in the form of the Combat Knife which is only obtainable during the Resistance event.

Just like all the other weapons, the Combat Knife is tied to a Special Order during the Resistance event. To obtain this weapon go to the Headquarters and then head to the bunker so you can speak with Major Howard. At the very bottom of the Orders screen, you will see one that is colored green with a picture of the Combat Knife in the bottom right corner. This Order will ask the player to finish 25 multiplayer matches to unlock this awesome blade. Keep in mind it doesn’t care if you win or lose the matches, so long as you see them through to the end.

This Order is actually quite easy, but it can take a significant amount of time depending on what game mode you pick. The first mode we recommend is Prop Hunt, which is a special game type that is tied to the Resistance community event. In this mode, players either assume the role of environmental objects or hunters. The former have to try and blend into the map while the latter have to hunt the props down and destroy them. Since there are various additional Orders tied to this mode, we recommend playing Prop Hunt first. You can kill multiple birds with one stone and it’s the best way to maximize your loot intake since you’ll get Resistance Crates for finishing Prop Hunt orders.

If you are not a fan of Prop Hunt then make sure to avoid War if you’re trying to complete this Order quickly. We also recommend skipping any round focused game mode like Search and Destroy since matches can take forever to finish if both teams are skilled. Instead, load up some more traditional game types like Team Deathmatch or Domination. These modes go by fairly quickly with each match lasting around 10 minutes. While Capture the Flag might seem like a quick game mode, this can actually take a fair amount of time since teams have a habit of getting very defensive once they take the lead.  Finally, consider playing Hardcore mode since deaths come even faster, which can speed up Team Deathmatch games.

Remember, you can only have one Special Order at a time. If you are working on the Orso submachine gun then you will need to wait until that Order is done. Always make sure to have a Special Order on you when you’re playing since they are directly tied to finishing multiplayer matches. 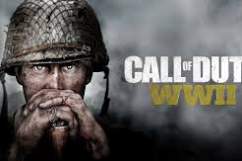 Call of Duty WW2: How to Get the Orso Submachine Gun