Amiibos are perhaps the popular video game peripheral to release in years. Developed by Nintendo, these figures not only act as excellent display items but also offer inherent advantages for when they are used in conjunction with specific titles. This has made them fantastic for collectors and fans of specific series so it was only a matter of time until another publisher picked up the idea. Focused on various PlayStation gaming mascots, these items are called ‘Totakus’

The catch is that Totakus do not offer any gameplay value and are simply collectible figures for users to obtain. However, these items are still fantastic for any fan of the various series these collectibles span. Totakus are not limited to any specific era and span a plethora of famous Sony franchises like God of War, Crash Bandicoot, and Bloodborne.

All of the figures are produced by ThinkGeek, which is Gamestops collectible focused company. These items will cost $9.99 a piece and have no additional functionality outside of just looking cool. There has been no announcement by Sony or Gamestop to release future collectibles nor if these items will have a limited run. Given the sheer scarcity of the first wave of amiibos, one has to hope that both companies understand the demand such items can have.

If you are looking to pre-order these figures online then you can do it through the Gamestop online store here.

Oddly enough, users cannot pre-order the Totaku figures through the ThinkGeek website so Gamestop will be your own source. No other retailer is carrying these items, so if you want one make sure to pre-order it now. We also suspect that Totakus will be sold in both Gamestop and ThinkGeek stores, so make sure to look out for them.

The figures will officially release on March 23, 2018, and there are seven Totakus in total. Here is each Totaku and what series they are from:

There has been no word if more Sony if more of these Totakus will be made, but given the large roster of famous PlayStation mascots it’s completely possible. Some notable exclusions for this first wave include Spyro, a Colossus from Shadow of the Colossus, and Nathan Drake from Uncharted. We suspect the release of new ones will be tied to how well these items sell. Despite lacking an actual functionality, they make for great collector’s items.

Make sure to check back with us if more information becomes available or if you can pre-order these items through other retailers. For more news, guides, and features make sure to visit Heavy’s gaming section. 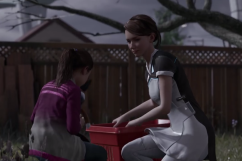