There are a lot of quests in Monster Hunter World, but some of them will not hold the player’s hand. Sometimes it’s up to the user to discover where they need to go in a certain area by themselves, which can be frustrating if you’re pressed for time. One of these missions is simply called “Investigate The Wildspire Waste.”

This quest takes place directly after you attack Zorah Magdaros a second time. Once you return to Astera, you will speak with your handler and learn that there have been odd monster sightings in the Wildspire Waste. Once you accept the quest, you’ll have to go on an Exhibition to this portion of the continent. The tricky part is the game won’t tell you where to go or exactly what you’re looking for when you arrive outside of a possible Pukei-Pukei sighting.

Thankfully, finding where you need to go is easy enough once you realize which portion of the map you’ll be investigating. When you spawn choose the Southwest Camp and head directly north of your location. The tracks for this beast are located in the Number 3 quadrant of the map which is the top left portion of the area. Once you are here you’ll not only discover various Pukei-Pukei tracks but also scales from a Rathalos. You’ll handler will note that this is extremely odd and ask you to continue searching around the area.

To trigger the next step of the quest you’ll need to find an actual Pukei-Pukei which is roaming around sector three. Just hang around this area – specifically where the desert and jungle connect – until this odd winged beast arrives. Now all you have to do is slay the Pukei-Pukei which is actually quite easy despite this beast being leveled up. Make sure to bring Antidotes and any Poison Resistance materials since this location is littered with plants filled with toxin.

If you haven’t hunted a Pukei-Pukei since the beginning of the game, they are surprisingly easy to kill. This monster has a high weakness to Thunder, Sleep, and Paralysis, so equip accordingly. When fighting Pukei-Pukei make sure to focus on its tail first. This is the source for a lot of its poison based fog attacks. Cut off the tail and you will have a window to start attacking it from behind with little counterattacks to worry about.

Additionally, if you are fighting a ranged battle make sure to position yourself at the side of the beast. It has a very long tongue and can easily strike you from several meters away. Once this monster is slain your handler will ask you to return to Astera and speak to the Commander. Remember to harvest the Pukei-Pukei because it has a chance to have high-level materials on it. This is a pretty important quest since it will trigger high-level monster hunts. Despite being a bit cryptic early on, this is a fairly simple Monster Hunter World quest once it gets going. 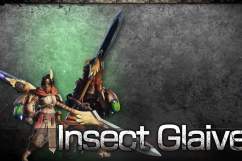