2018 has been quite the wild ride for gamers.

Amidst all the controversy surrounding unfinished games being treated as full releases, loot boxes getting investigated by the government, and popular publishers falling from grace, there’s been some greats moment strewn throughout the year.

Plenty of amazing titles were released, exciting victories took place at huge gaming competitions, and a slew of major announcements were made at gaming’s biggest conventions. Now that the end of the year is near, it’s time to wrap up 2018 and award the best games, personalities, and events. Video game journalist Geoff Keighley will be on hand to announce the winners of each category for this year’s Game Awards.

You can take a look at the list below to see the biggest winners to come from the 2018 Game Awards. 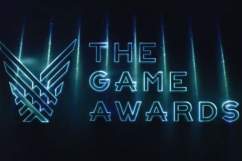 The Game Awards 2018: The Reveal Trailers You Need to See