We’re approaching the halfway mark of Fortnite Season 4, which means another set of challenges are approaching and we’re getting one step closer to finding out what’s going to happen with the plot.

A good indicator of what Epic Games is doing with the season is taking a look at the challenges and seeing what will be required of players.

In Week 5, it doesn’t look like anything crazy will be going on, which may mean that we won’t really see much progression of the season-long plot in that week.

It’s possible we could see a map change or two, but nothing too earth-shattering. Without further ado, let’s take a look at the Week 5 challenges.

Back when Fortnite v14.10 arrived, leaker FireMonkey released both the Week 4 and 5 challenges.

Week 4 has since been released, but we still have another set of challenges to look forward to.

This could actually end up being one of the more difficult weeks of challenges we’ve seen in Fortnite in quite some time.

Searching chests at Doom’s Domain, a very popular landing spot, will not be very easy, and it’s also pretty hard to take out a Gorger.

Your work will definitely be cut out for itself once this week begins.

When Does Week 5 Begin? 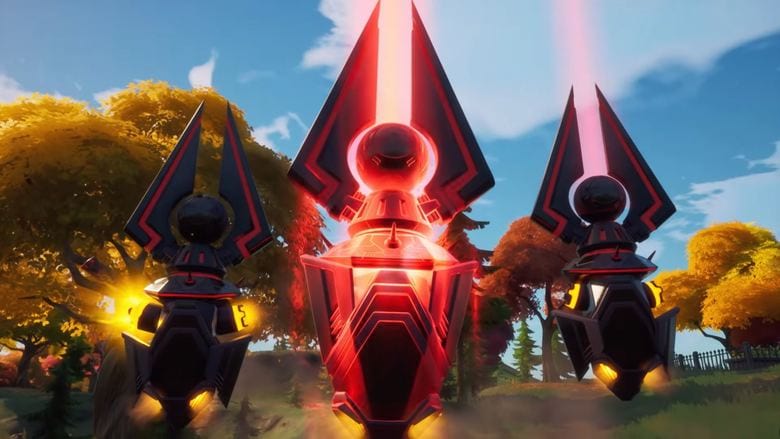 Epic GamesThe Gorgers are here and need to be destroyed.

Throughout Season 4, the new weeks have traditionally began on Thursday, and there’s been no reason to suspect that will change this time around.

This would mean that Week 5 will begin on September 24, and we should also be getting our second big update of the season.

However, this isn’t set in stone and could always arrive on a different date, so keep a lookout for that option as well.