We’re now well into the life of the Nintendo Switch and while there might not have been a ton of games available when the console first launched, that is no longer the case.

Backed by a strong first and third-party lineup, there is something for anybody on Nintendo’s hybrid console.

If you’re a fan of checking out the various indie titles out there, this is also an excellent platform to do so on. Given the portability of the system, picking up a game that you can play for just a half hour or so and put down is one of the big selling points.

If that appeals to you, then you’re likely a fan of the roguelike and roguelite genres, games where you play until you die, which is when you restart and go again with new knowledge of enemies and maybe even new abilities.

Without further ado, let’s take a look at the 10 best games from these genres that the Switch has to offer. 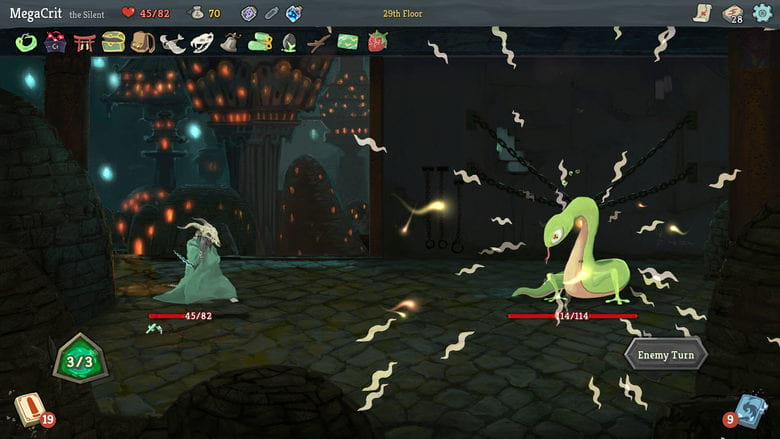 While this list is in no particular order, I’m going to let everyone know right away that Slay the Spire is easily one of my favorite games of all time.

In what I believe is a near-perfect blend of a card combat with the roguelite formula, there’s a lot to love with this game. There are currently four different characters to choose from, each with a distinct playstyle that’ll allow for different builds.

Even if you find yourself getting bored with the regular runs, you can throw on some modifiers or even do daily objectives to make your playthroughs feel fresh again.

If you’re at all a fan of the genre, you’re doing yourself a disservice by not owning Slay the Spire. 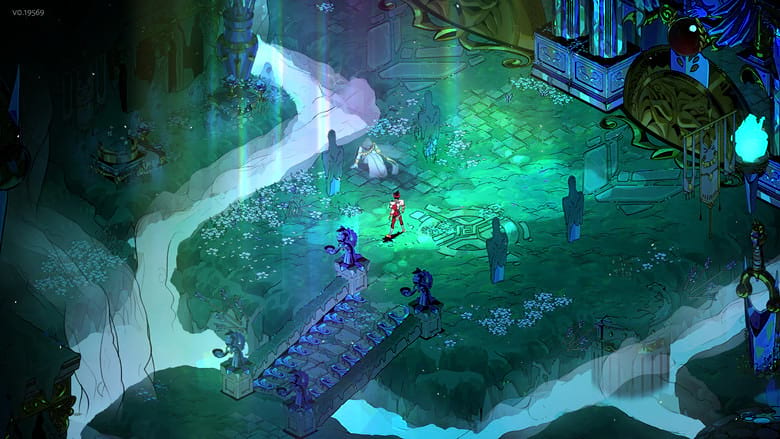 Unless you’ve been living under a rock in 2020, you’ve almost certainly heard of Hades, the roguelite that has taken the world by storm and is considering the game of the year by many, many players out there.

In this game, you get to go through the entire Greek pantheon and get introduced to many characters from mythology. Playing as the son of Hades, your goal is to actually escape the underworld, but you’ll quick discover that’s a lot easier said than done.

Hades is very interesting in the fact that there’s really no such thing as a bad run as you’ll always be unlocking new things and even more dialogue to listen to. There’s a decent story buried underneath the superb gameplay, but you’ll have to put in several hours to listen to all of it.

3. One Step From Eden 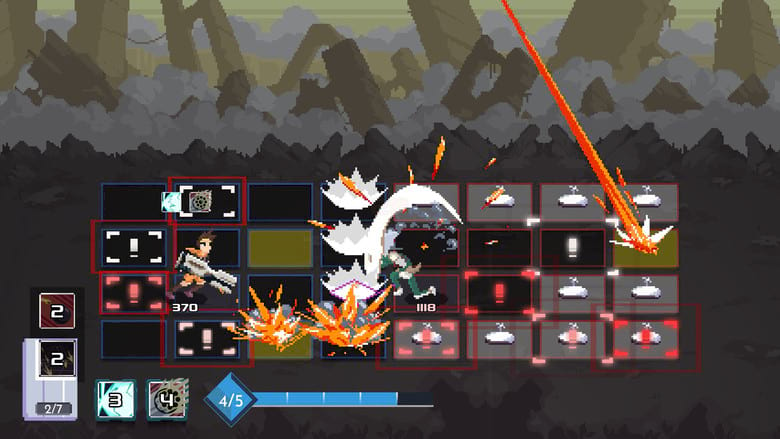 That’s right, another card game makes the list, but this one is a bit different than Slay the Spire.

In One Step From Eden, you still build a deck, but instead of being thrown into turn-based combat, this is real time and you’ll need to control your character while also using your cards.

This might sound chaotic, and it definitely is at first, but once you get the hang of things by playing through a few runs, there’s a ton of depth to be found here. The game itself doesn’t give you much of a tutorial, so you’ll just have to hurl yourself into the fire and discover things on your own. 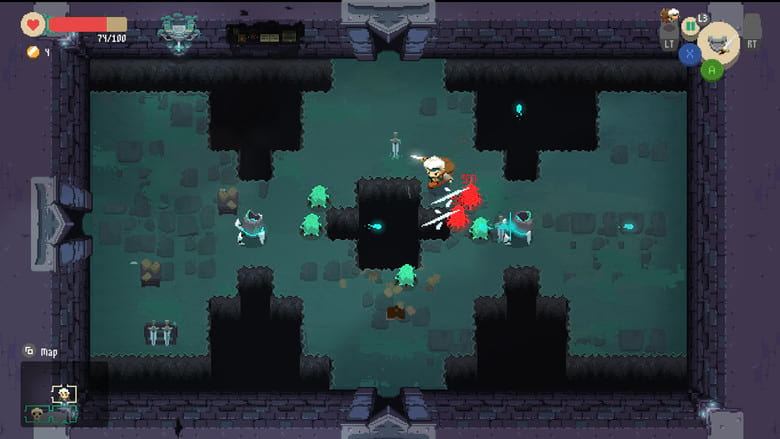 This is a game that caught my attention solely based on the shopkeeper mechanic, where you can put items up for sale to make money.

The gameplay is reminiscent of an old-school Zelda game, and the visual design appears like it is going for that feel as well.

It’s definitely not your typical roguelite game, so it won’t be for everyone. For what it’s worth, I got a lot of enjoyment out of Moonlighter, but this is a game that’s much closer to something like A Link to the Past than it is to your Binding of Issacs of the world. 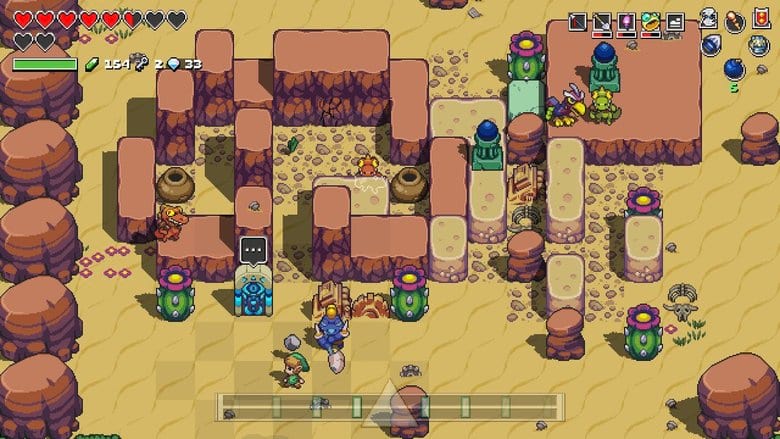 Moonlighter might have been close to being a Zelda game, but Cadence of Hyrule actually is one as it takes The Crypt of the Necrodance (another great game) and gives it an entire Zelda overhaul.

The gameplay for this game is to move along with the rhythm of the music that’s playing, which is just enhanced by the incredible Zelda soundtrack. It’s hard to explain, but once you get the hang of things, you’ll immediately be engrossed by what this game has to offer.

This is just a perfect example of what can happen if Nintendo gave their IPs to other companies. We’ve seen it done before with Capcom and The Minish Cap, Ubisoft with Mario + Rabbits Kingdom Battle, and now Brace Yourself Games with The Cadence of Hyrule. 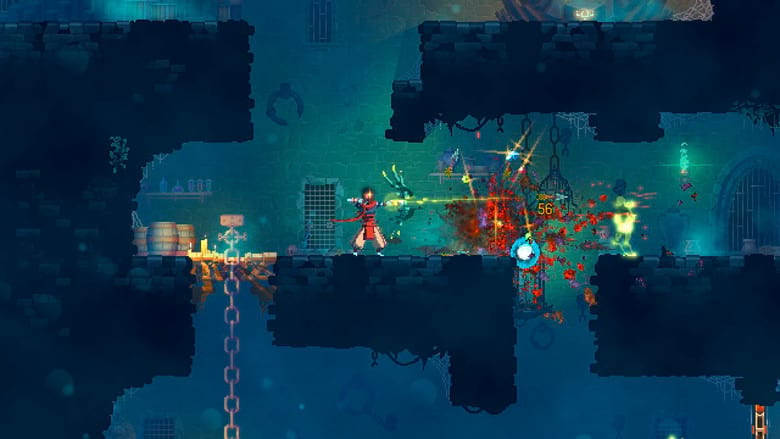 Released back in 2018 for the Nintendo Switch, Dead Cells is a game that might have gotten a boost in popularity due to the plagiarism scandal surrounding the game.

Dead Cells is a pretty difficult game, but if you’re a fan of platformers and games like Super Metroid, that will be easy to look past. This is a painfully difficult game and will take a long time to learn, but that’s just par for the course for games like this.

I will say that if this is your first experience with a roguelite, then you might find yourself a bit over your head, so it might be worth trying something else first, like this next game…

7. The Binding of Isaac 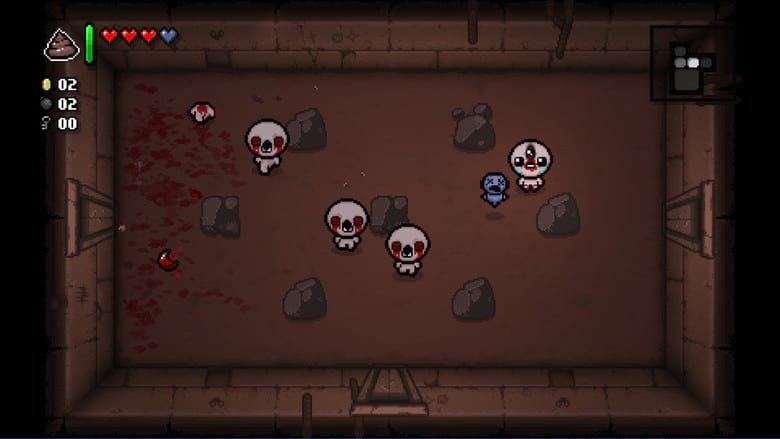 For many players, The Binding of Isaac is their first foray into the world of roguelikes and roguelites. It was actually one of the first games I owned on the Switch.

There have been many, many games released after this, but many of us keep coming back to TBOI, and for good reason. It’s an extremely easy to game to pick up and learn, but it’s hard to master.

The runs themselves don’t take very long, so it’s a great game to just pick up and play for a few minutes. Many people would recommend this as your first game in the genre to try and it’s hard to disagree with them. While it might be a gateway game, there is a lot of depth and hours of gameplay to enjoy here. 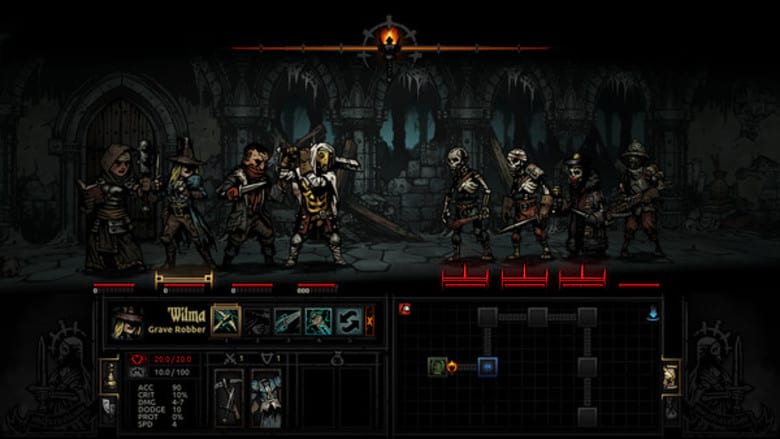 Now, Darkest Dungeon is a huge departure from any other game on this list as it’s about building a party of characters and progressing through a dungeon.

Think of it like an old-school Final Fantasy title, but when a party member is defeated, they are gone for good. This adds a lot more strategy into the mix, but it also makes it very addicting as you try to figure out where it all went wrong.

It’s a pretty difficult game, but it’s hard to deny how engrossed you can get into building your party. It even gets to the point where you mourn the loss of your characters when they die. As far as I know, no other game in this genre is like that, but Fire Emblem and XCOM players definitely know a similar pain. 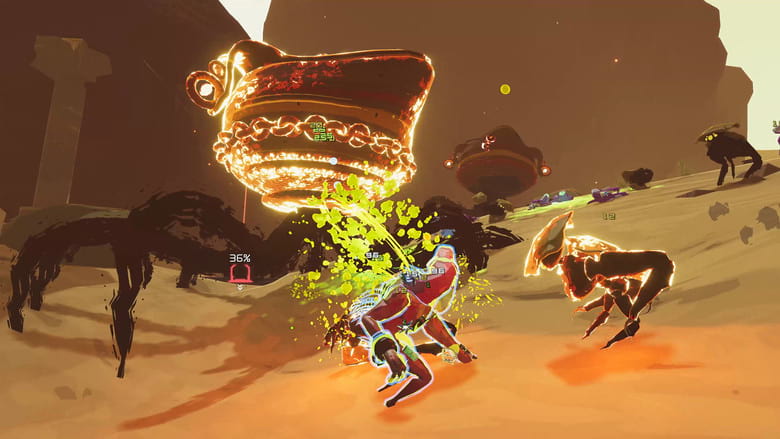 Risk of Rain is a game that I’ve always been aware of, but never really paid much attention to it until the sequel came out. I bought it on a whim on Steam and instantly saw what all the fuss was about.

For a game that features permadeath, it’s surprisingly relaxing and feels like it’d be a perfect thing to play while in bed. I haven’t actually tried it out on Switch, but I imagine the experience would transfer quite well to a handheld.

The gameplay is very easy to learn, but learning certain builds will definitely take some time. At the end of the day, Risk of Rain 2 is one of the more forgiving roguelites I’ve played, but it’s also very fun. 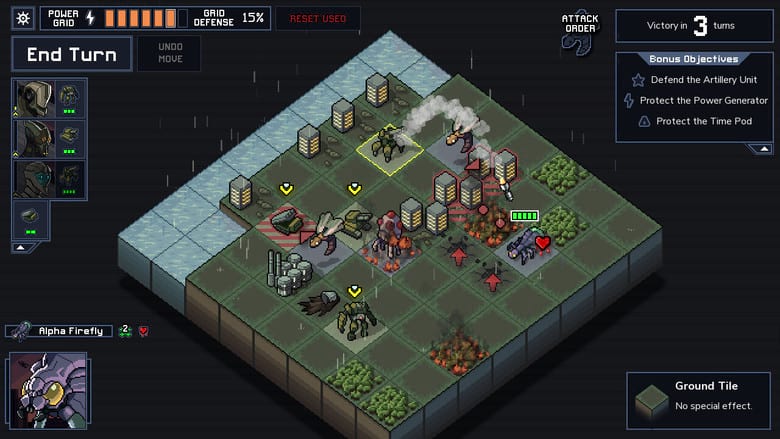 This is an interesting entry onto the list because the only thing roguelike about the game is the procedural generated scenarios.

Into the Breach is a bit like Fire Emblem or Advance Wars, the excellent GBA series, where you have your battles take place on a grid, but being defeated forces you to restart.

If you’re a fan of strategy games like this, consider giving Into the Breach a shot, but just know that it’s definitely more punishing than similar games given the roguelike nature.