Epic Games Pro Fishing Rods shouldn't be too hard to get.

Ever since Fortnite Chapter 2 began, fishing has been an important part of finding good loot for not only healing, but also for weapons.

In Season 4, some players are discovering that after Epic Games made the choice to vault the Charge Shotgun, the fishing loot pool has gotten a lot stronger, which has now made fishing even more important.

It’s no secret that some good stuff can come out of a fishing spot, with purple Assault Rifles and Shotguns being in there, but without the Charge Shotgun, it looks like these rare guns are showing up with more regularity.

If it’s been happening to you, then you are far from the first person to notice the seemingly buffed fishing spots.

Did Fishing Just Get Better?

So Fishing is FINALLY Useful…In todays video I check out the new fishing changes in the Fortnitemares update! You get CRAZY good loot from the fishing holes! If you enjoyed, help us get to 1.2 million subs! 🌟 Socials 🌟 🐥 Twitter: twitter.com/sypherpk 📷 Instagram: instagram.com/sypherpk/ 💌 Discord: discordapp.com/invite/sypherpk 📚 Facebook: facebook.com/SypherPK 🎥 Produced, Edit and Thumbnail by: JackZenn:…2020-10-27T18:45:01Z

Fortnite streamer and YouTuber SypherPK noticed that he’s been catching more purple Shotguns from fishing, so he decided to put that to the test.

With the removal of the Charge Shotgun, it looks like the loot pool has now been inadvertently buffed. In Sypher’s recent video he showed that fishing with a normal fishing rod will get you better loot that usual.

He was able to scoop up multiple purple shotguns in the same match, which could be done before, but it seems like it happens with more regularity now.

Will This Make You Fish More? 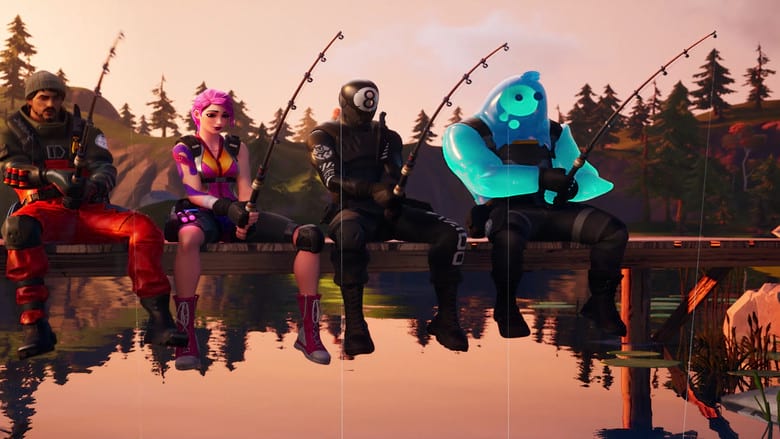 Coincidentally, fishing at Heart Lake is a challenge this week, so you’ll be able to see first-hand if there was actually a buff.

It’s entirely possible that nothing changed, but we just have one less gun to fish up so it seems like the stronger stuff is appearing with more regularity.

Whatever the case may be, it seems like fishing has gotten a bit stronger so there’s not really a good reason to avoid doing it anymore.

Sypher does note that using a Pro Fishing Rod might not be the best option because it seems like that pole will catch more fish than weapons, so keep that in mind.

Let us know if you find better loot now or if it’s just a random coincidence for many players.