If you’re just getting back into Yu-Gi-Oh! after a long absence, then Master Duel might feel like the perfect option for you.

The game meets a perfect blend for current players and returning players, but for those of you who haven’t played in 10+ years, things can get overwhelming fast. Gone are the days of setting a facedown monster in defense and passing, if you do that now then you have a good shot of losing the very next turn, even in Silver.

Instead, you’ll want to craft or collect some of the cards that will stop players from beating you on their first turn. You’ll quickly realize players know what they’re doing and the meta has greatly shifted since you last played. Turns can take several minutes to complete and you can see your opponent summon several monsters on a single turn.

Here’s what you’ll need to get in your deck to protect against those scenarios. 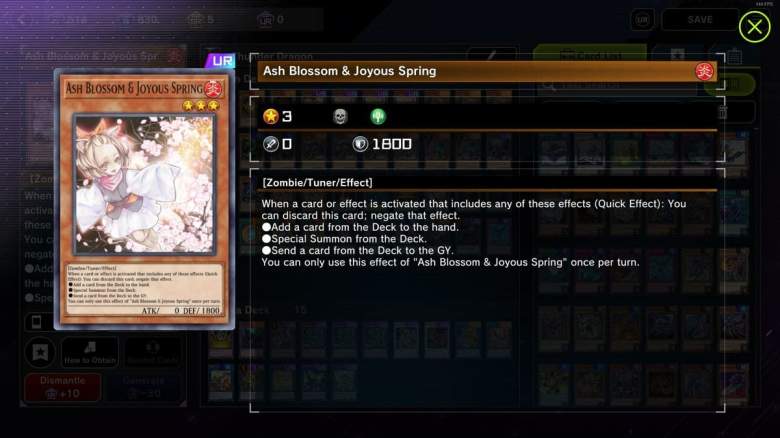 KonamiThis card will save your life.

The Ultra Rare cards are going to be the best cards you can get, but they can also be the most difficult to come across. While the cost might be high for these, it’s important to work your way toward these and they have the added bonus of being able to be used across several decks.

All of these cards will let you hold your own against even the best players in Master Duel. Ash Blossom has the ability to negate effects and Maxx “C” lets you draw cards each time your opponent special summons. That would make these two cards a priority if we had to pick, but it comes down to preference.

There’s a fear that Maxx “C” could eventually be banned or limited, and if you spend your crafting materials on it just for that to happen, it’d definitely be a bummer. 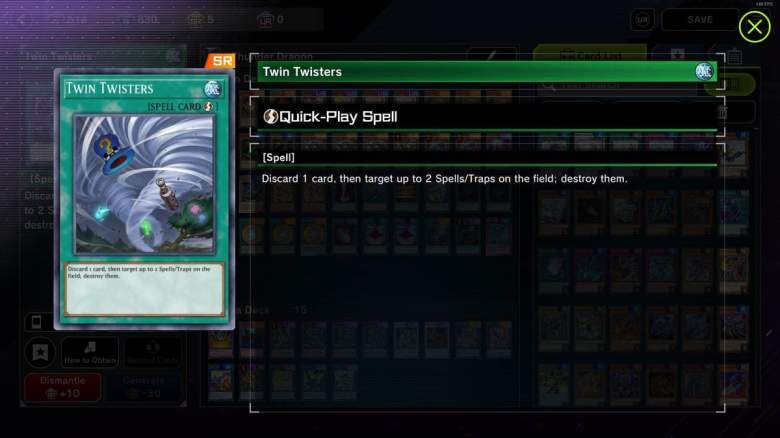 Clear the board with Twin Twisters.

If you want to get collect some of the SR because you’re low on UR materials, we have you covered there as well. While there aren’t as many “staples” in this section, you’ll still find some good cards here.

As you might see from the list, “Pot of” cards can add a lot of value to a deck, so you’ll want to take a look at those and decide if they’re right for your deck.

Twin Twisters, in particular, adds a ton of value to a deck, especially if you’re going against a player who likes to swarm their field like an Eldlich player. 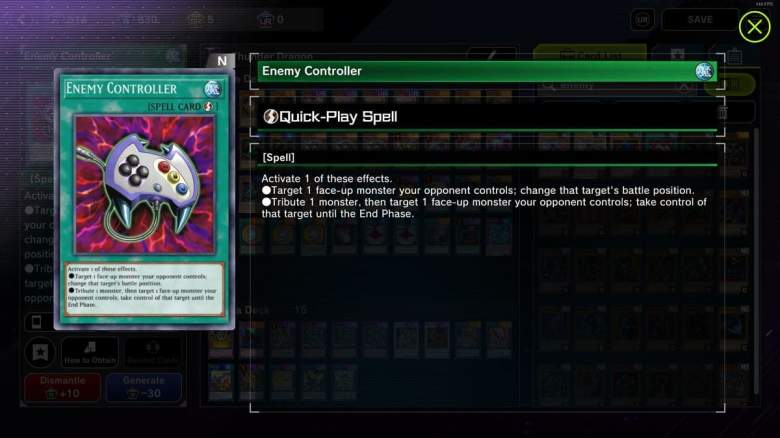 Just because a card is N or R with its rarity doesn’t mean it can’t provide some value to a deck. Yes, these will be outclassed by better cards, but they can certainly work in a pinch.

If you’re coming over from Duel Links, you might be surprised to see cards like Bottomless Trap Hole and Enemy Controller have such low rarities, but that just shows you how evolved Master Duel is in comparison.

These aren’t bad cards by any means, but they are cards you won’t want to keep in your deck in the long run. All of them have their value, but if you have to make cuts, these are likely the cards you’ll be targeting. 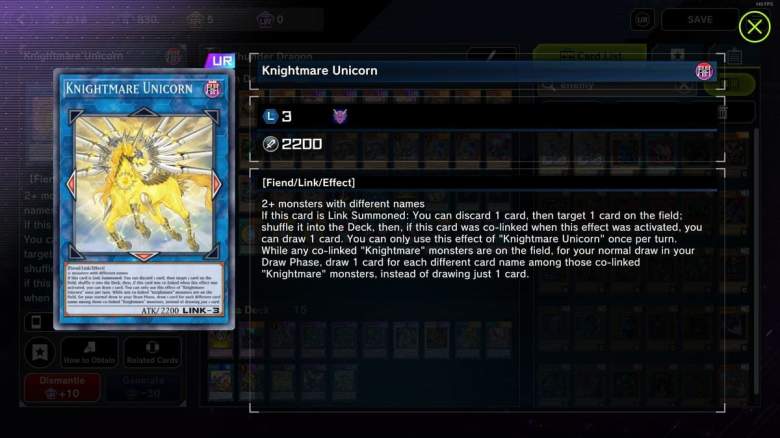 KonamiYou’ll be seeing this unicorn a lot.

Your Extra Deck is of vital importance in Master Duel because you’ll need to rely on fusions, links and XYZ summons to stay competitive.

You can get by without paying much attention to it, but you’ll eventually need to add to it.

The cards listed above can work in any deck, and the Knightmare ones are of vital importance as they can wipe out your opponent’s board with ease.

If you’re running into a monster with an insanely higher ATK number, Borrelsword Dragon is your guy. Of course, having them in your deck and knowing when to play them is a different thing entirely.

These should be good options for you to get started, so get to crafting!