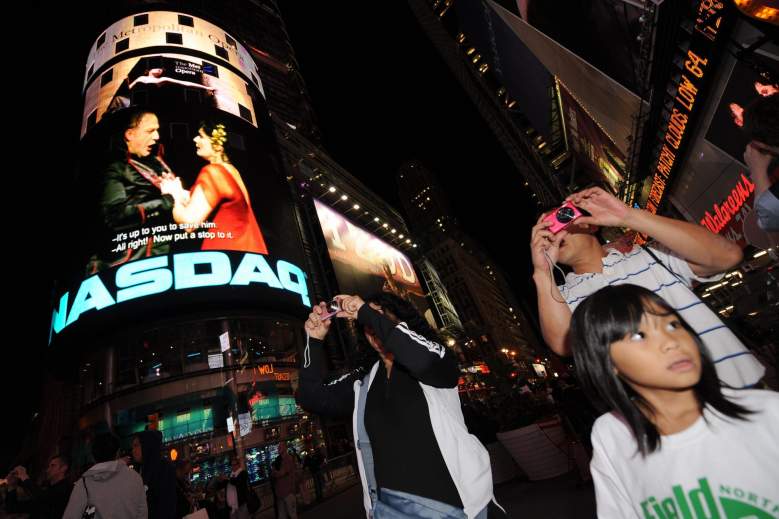 Appian has been around since 1999 and took in more than $70 million in its IPO. 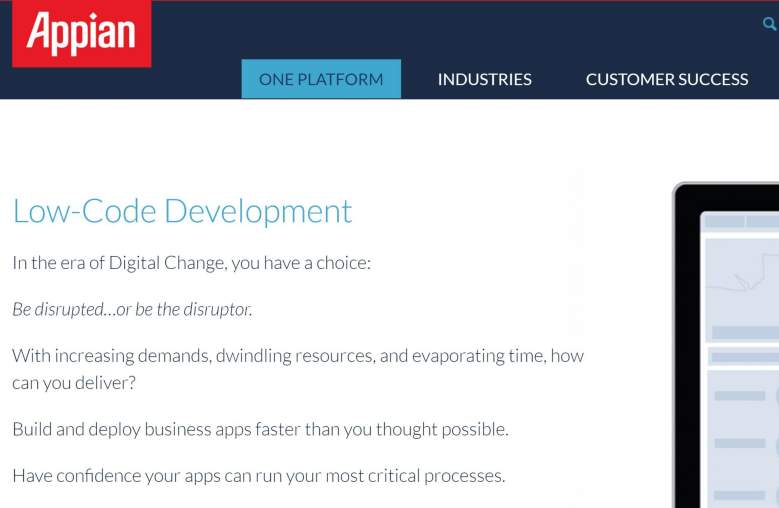 Appian priced 6.3 million shares at $12 per share, the midpoint of its expected range. That raised $75.6 million from the offering.

Appian plans to use the money raised for “financial flexibility” and working capital and general corporate purposes, according to the regulatory filing. It will also use about $20 million to pay off a loan from Silicon Valley Bank and use $7.4 million to pay a dividend to Series A preferred stockholders.

Morgan Stanley, Goldman Sachs and Barclays are the lead underwriters of the deal. Pacific Crest, Cannacord Genuity and Cowen are co-managers.

The underwriters have an overallotment option to buy 937,500 additional shares.

Its Focus Is Easy-to-Use Low-Code Software

Founded in 1999 and based in Reston, Va., Appian provides a low-code software platform that lets companies design custom applications for their business.

“With our platform, organizations can rapidly and easily design, build and implement powerful, enterprise-grade custom applications through our intuitive, visual interface with little or no coding required,” the company said in its filing.

Appian stresses the ease of the platform for users without developing expertise or experience.
Customers include Bacardi, CME Group, the Treasury Department and Major League baseball.

Upon purchase of the initial subscription, customers receive all the modules and functionality of the platform and can immediately start building an app.

3. Its Expects the Current Market to Rise to $40 Billion Near Term

It also said it feels its software meets the needs of companies using custom-developed applications, which would be a $148 billion market.

Among possible pitfalls, Appian warned that a “significant portion” of its revenue comes from government entities, subject to budget cycles and stiff competition. It had 55 government or non-commercial entities as customers by the end of last year.

4. Revenues Are Rising and Moving to Subscriptions

While not profitable in the first quarter 2017, the company did manage to make a profit in the comparable year-ago period. But investors will mostly be focusing on revenue, which is rising.
Appian had revenue of $132.9 million in 2016, up from $111.2 million in 2015 and $89 million the year before.

“Over time, as the need for professional services associated with user deployments decreases and the number of end users increases, we expect the mix of total revenue to shift more toward subscription revenue,” the company said.

Professional services revenue was $63 million last year, slightly up from the $58 million seen in 2015.

Appian said it plans “to continue to expend significant funds to expand our sales and marketing operations, develop and enhance our platform, meet the increased compliance requirements associated with our transition to and operation as a public company, and expand into new markets.”

5. Appian Is No Newcomer and Hasn’t Had Much Funding

Appian was founded by CEO Matt Calkins, who was 26 at the time.

“Culturally, Appian is further from other companies than it appears,” Calkins said in a letter to prospective shareholders via the S-1 SEC filing.

“(W)e’ve been around a long time, we’ve grown with very little money, we push the edges of recognized market boundaries and we have a long-serving team of founders and executives. The differences go deeper than this,” he said.

“Most companies are run for the present and for the capital partners; Appian has been run for the future and for the customers. We consider our positive externalities (our good influences on external constituents) the best measurement of the value we’ve created.”

Appian had had only two rounds of funding since its inception. It raised $10 million in July 2008 from Novak Biddle, according to Crunchbase. In March 2014, it received $37.5 million in venture capital from New Enterprise Associates.