Lady Gaga’s Net Worth Is $275 million

Stefani Germanotta, better known as Lady Gaga, has a net worth of $275 million, according to The Richest. Most of her money comes from music, though she’s also won a Golden Globe for her acting skills and made a few million each year from brand endorsements.

Gaga dropped out of New York University to pursue music full-time, a move that brought her fame and fortune. The now 32-year-old singer became famous for pop-dance hits, and has since transitioned to more ballads and a slightly country sound. She uses her platform and her money to speak out about issues, mainly LGBTQ rights.

Here’s what you need to know about Lady Gaga’s net worth and how she makes her money:

1. She Dropped Out of School and Quickly Found Success

Lady Gaga started out singing at open mic nights while attending New York University’s Tisch School of the Arts. She eventually dropped out to pursue music professionally, first working as a songwriter for Sony/ATV Music Publishing. 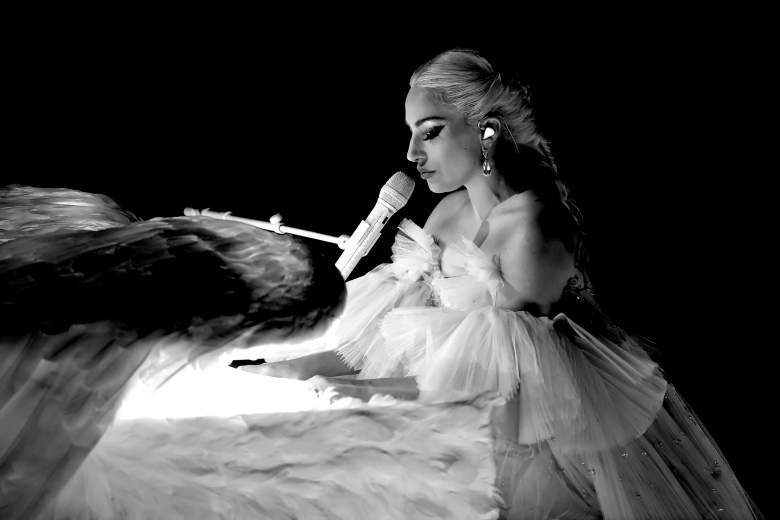 In 2007, she signed a deal with Interscope Records and KonLive Distribution, and by 2008 she had her debut album ready to go. The Fame quickly became a hit thanks to singles “Just Dance” and “Poker Face.” In 2009, The Fame: Monster had more big hits like “Bad Romance” and “Telephone,” and Gaga was becoming one of the most famous female pop stars of the day.

When Born This Way was released in 2011, it sold more than one million copies in its first week, topping the Billboard 200. Artpop, released in 2013, also topped the charts, as did Cheek to Cheek, which she released with Tony Bennett. Joanne, released in 2016, was her fourth number one hit and made her the first woman in the United States to have four number one albums in the 2010-2020 decade.

It is unclear exactly how much Gaga has made from album sales, but music is the largest portion of her income. A Rolling Stone article broke down how much artists are paid in royalties, and estimated Gaga has made $728,000 from “Poker Face” alone.

She hasn’t only earned a massive income from her music, but also respect in the industry. Gaga has been nominated for 19 and won six Grammys, 13 MTV Video Music Awards, and is in the Songwriters Hall of Fame, where she won an award for ‘Contemporary Icon.’ She has also been named Billboard’s ‘Artist of the Year.’

2. She Was $3 Million In Debt After Her First Tour, but Has Since Recovered

Though it was a huge success, Lady Gaga was actually $3 million in debt after her first tour, according to Business Insider. She told the Financial Times, “I remember I called everybody and said, ‘Why is everyone saying I have no money? This is ridiculous I have five number one singles.’” It turns out, her tour was lucrative but also expensive, mainly because of Gaga’s elaborate costumes.

In @veroniqueleroyofficiel Off to Tampa!! #ladygaga #gaga #music #fashion #beauty #knitwear ?? You know me. It’s hot so I’m wearing a sweater jumpsuit. NATURALLY.

The Richest has said that Gaga make an average of $1.9 million per concert. According to Time, she was paid nothing for her Super Bowl performance in 2017, as the NFL only covers costs and expenses. However, the performance wasn’t a loss. Gaga saw her sales rise by 1000 percent after the halftime show, according to Billboard. She sold 150,000 digital albums on the day of the Super Bowl.

Next, she’s set to star in her own Vegas show, which she was reportedly paid $100 million for in one the city’s most lucrative deals.

Gaga is primarily a musical performer, but she’s also tried her hand at acting. She was in “American Horror Story: Hotel,” which won her a Golden Globe for best actress in 2016. She called the moment one of the “greatest” in her life. Next, she’ll star in “A Star Is Born,” a movie about a young singer and actress finding fame directed by Bradley Cooper and set to be released in 2018. It is unclear how much she makes as an actress. 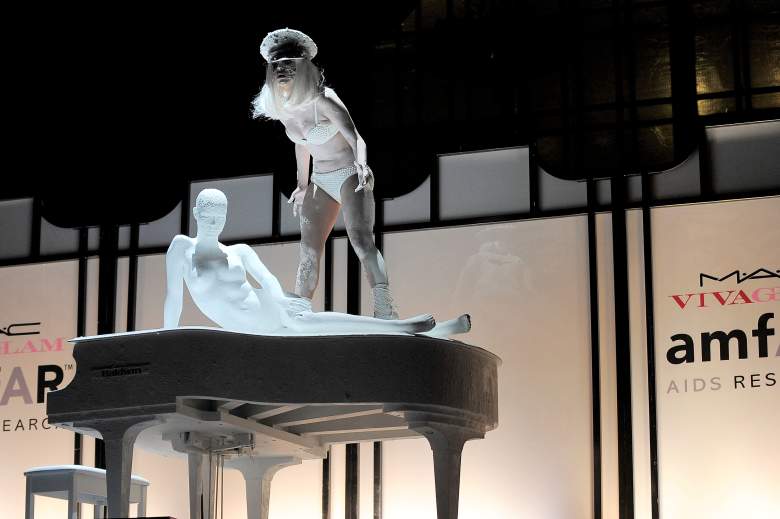 She’s also been the face of MAC’s Viva Glam campaign, which raises money for AIDS. She has also endorsed Versace, Shiseido, and Polaroid, and Barney’s. Her exact endorsement deal details are unknown, but according to Forbes she makes between $5-$10 million per year from endorsements.

Like many celebrities, Gaga has two fragrances, Fame and Eau de Gaga. Fame sold six million bottles in its first week in 2012.

Gaga also tried her hand in the tech startup world. She launched Backplane, a social media platform for her fans to connect, in partnership with Google in 2011. The platform was valued at $40 million, but went bankrupt.

4. She Splurges for Classic Cars, but Still Uses Coupons for Groceries

Gaga lives in a $23 million Malibu mansion, which she bought in 2014. The 10,270 square foot house has an underground bowling alley accessible via a secret passage, a movie theater, and an 800-bottle wine cellar. It was decorated in a European and Southern style by designer Madeline Stuart. It has five bedrooms, seven bathrooms, and office, a gym, a saltwater pool, a saferoom, a bocce ball court, and a stable. She reportedly bought 27 koi carp for the home, imported from Japan for $60,000.

And after I passed my driving test. PRAISE HIM ?? ?

She also has an impressive car collection. She got her driver’s license in 2016 (she took the test in a Mercedes), and bought a 1993 Ford Lightning SVT. She also owns a Nova SS, an El Camino, and a Lincoln Continental, among other cars.

Some things never go out of style. @ysl @hotrodsandmusclecars ???

Though she has hundreds of millions of dollars, Gaga is still thrifty sometimes. She has said she likes using coupons at grocery stores and looks for sale racks whenever possible.

5. She Puts Her Money and Her Mouth to Good Causes

Gaga has long been seen as a gay icon, and she gives her time and money to LGBTQ causes as well. She has marched in Pride parades, and told Out magazine, ““I very much want to inject gay culture into the mainstream.” She has been open about her own bisexuality, has spoken out against the military’s “don’t ask, don’t tell” policy, and has appeared in drag at the 2011 MTV Video Music Awards. Her 2017 Super Bowl performance was also political. She performed “Born This Way,” often called the “gay anthem” just after Mike Pence, who is against gay marriage, took office. She also sang “This Land Is Your Land” in response to President Trump’s travel ban. 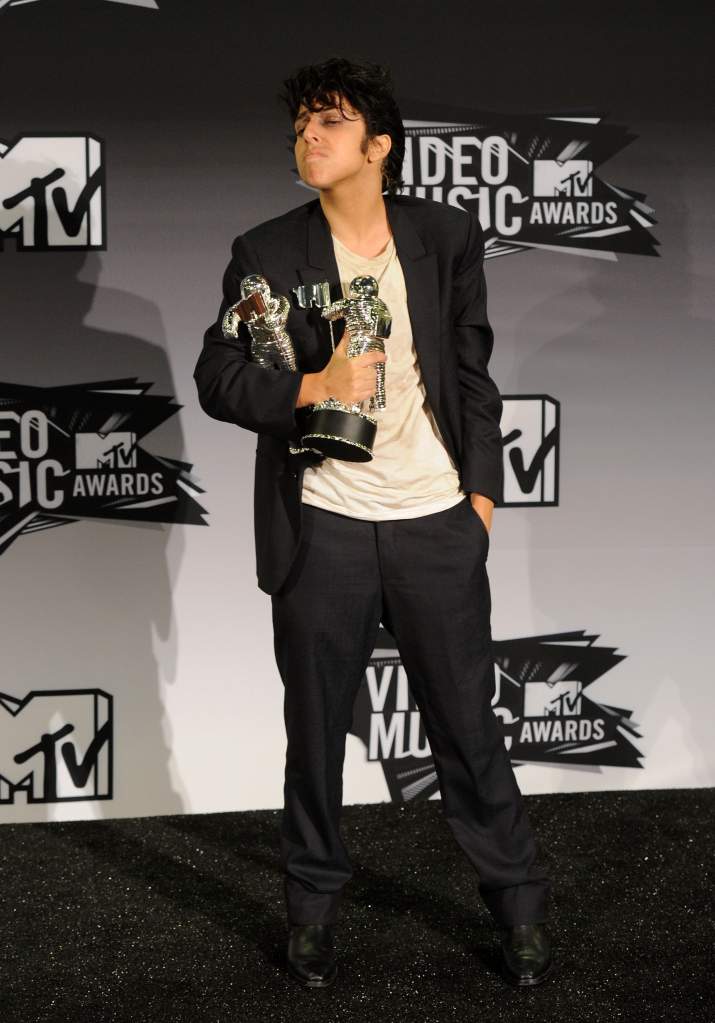 She founded the Born This Way Foundation in 2012 with her mother. According to the foundation’s website, it is “committed to supporting the wellness of young people and empowering them to create a kinder and braver world. Young people are key to that mission and that’s why we work to provide youth with genuine opportunities, quality resources, and platforms to make their voices heard.” The organization has run campaigns like #HackHarassment and #KindMonsters to help stop bullying against LGBTQ youth. In 2017, the organization partnered with Starbucks on a “Cups for Kindness” campaign that advocated for kinder environments and mental health awareness.

Her endorsements have an activism side as well. On her campaign with MAC’s Viva Glam line, Gaga said: “We want women to feel strong and feel strong enough that they can remember to protect themselves. To have this lipstick as a reminder in your purse, that when your man is laying naked in bed, you go into the bathroom, you put your lipstick on, and you bring a condom out with you…There are no exceptions.”

After Hurricanes Harvey and Irma in 2017, she donated $1 million to relief efforts.