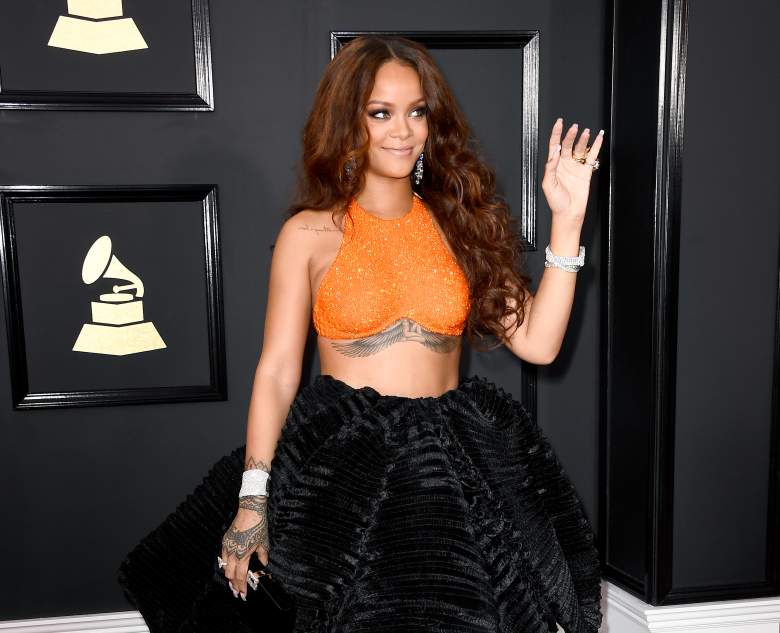 Rihanna arriving at the 2017 Grammys. (Getty)

Harvard recently named pop star Rihanna as the university’s 2017 Humanitarian of the Year for her role in a number of charitable causes. The “Work” songstress will be presented with the official Peter J. Gomes Humanitarian Award at a special ceremony on February 28.

Past recipients of this award include actor James Earl Jones, Nobel Peace Prize Committee chairman Thorbjørn Jagland, anti-child-labor spokesman Kailash Satyarthi, and others you can check out right here. As you can see just from this sampling of previous recipients of this award, Rihanna’s charitable work is amongst the most dedicated humanitarians.

S. Allen Counter, the director of the Harvard Foundation, spoke about Rihanna’s humanitarian work and career in the official post on Harvard’s website about the award. Counter praised the recording artist for her successful career, as well as the work she’s done as a humanitarian. Here is an excerpt from his statement:

“Rihanna has charitably built a state-of-the-art center for oncology and nuclear medicine to diagnose and treat breast cancer at the Queen Elizabeth Hospital in Bridgetown, Barbados. She has also created the Clara and Lionel Foundation Scholarship Program for students attending college in the U.S. from Caribbean countries, and supports the Global Partnership for Education and Global Citizen Project, a multiyear campaign that will provide children with access to education in over 60 developing countries.”

Rihanna has yet to comment on the honor, but well be sure to keep you updated on her response when it is released. Though she hasn’t officially reacted to the news yet, her fans have taken to Twitter to talk about the news. Here are some examples:

Not a fan, but proud of her accomplishments. Rihanna named Harvard University Humanitarian of the Year https://t.co/Ho7WcmD4GJ

#Rihanna is #Harvard University's 2017 Humanitarian of the Year for building a breast cancer… https://t.co/rF1WtJy32I

If you’re a Harvard student, you can attend this ceremony for free, though a university ID is required and only two tickets are allotted per person. You can find out more right here.

For more updates on Harvard naming Rihanna the Humanitarian of the Year, check back right here.