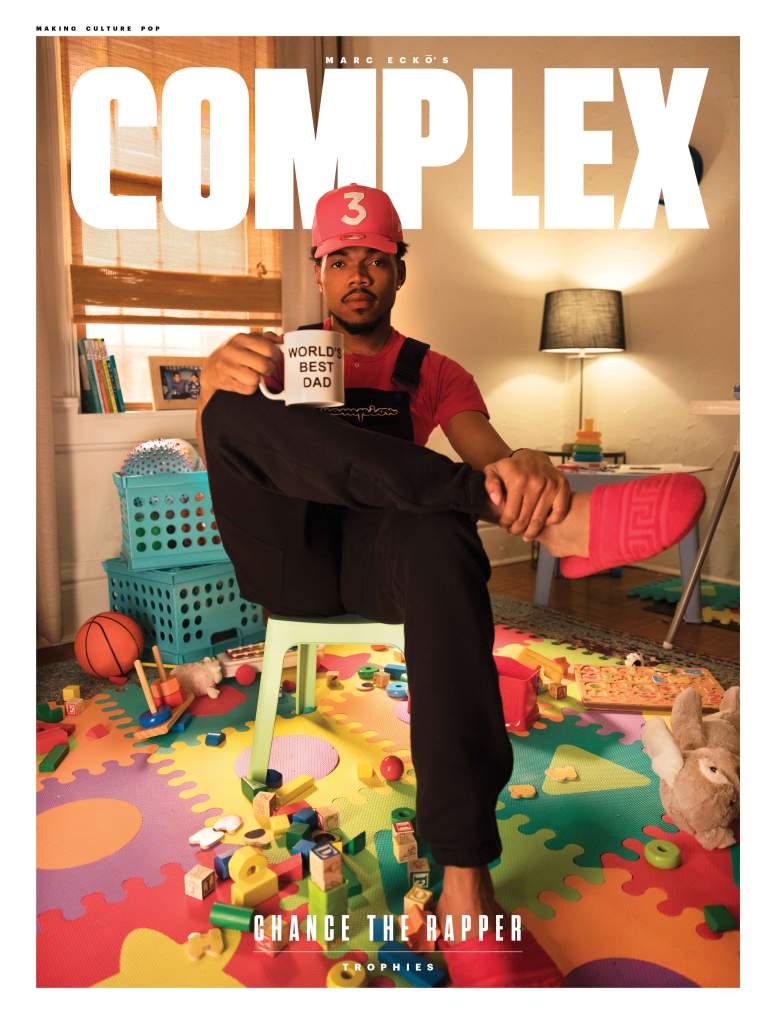 Back in the news again, Chance the Rapper, this time was on the cover of Complex’s new segment “The Complex Cover”. Chance was featured as the cover artist for Complex’s print magazine back in 2013. During that time though Chance had just broken out onto the scene with “Acid Rap“, four years later things are different. Just in 2017 alone, Chance has won three Grammys for his mixtape “Coloring Book”. He’s also donated $1million to Chicago Public Schools in a growing battle against Governor Rauner. Chance the Rapper also is diving headfirst into fatherhood. All that and more is detailed in “The Complex Cover”.

Conducted by Noah Callahan-Bever, the two discuss a variety topics throughout the nearly half-hour interview and rightfully so. Chance and Callahan-Bever discuss their parents and their effect on how they handle parenting now. Noah and Chance go into the experience of seeing their respective partners give birth as well. “I knew people that had kids; a lot of my friends had kids when they were young. But I had never experienced joy like that before.” Chance says.

The two have an in-depth conversation on what the Grammys meant to Chance and what happened afterwards. Chance’s religious faith and the growth he’s gone through over the last couple of years. Lastly Chance gives a bit of insight into his next project: “I have songs recorded, but I’m not working on a “Coloring Book” or working on an “Acid Rap”. I want to make something that’s got a wider scope. “10 Day” was all about getting suspended. “Acid Rap” was a lot about acid. “Coloring Book” was a lot about being a father and God. I think whatever this album is, it wouldn’t be so centered.”

Chance begins his Spring Tour late next month in California.