The Gorillaz are slowly but surely building up to the release of their fifth studio album. In January the group dropped a music video for “Hallelujah Money” conveniently the day before United States President Donald Trump was inaugurated. Furthermore we haven’t heard from the UK based band since they released “Plastic Beach” in 2010 unless you count the secretly released “The Fall” from 2011. Jamie Hewlett announced that 2016 would be the Gorillaz’ year, but that’s looking like this year with the announcement that the Gorillaz will be hosting their own music festival in England this June.

Properly titled “Demon Dayz” the festival will be hosted in Margate, England and with the help of Red Bull TV will be broadcast across the entire world on Saturday, June 10th. The lineup for the one day festival hasn’t been released, we do know that there will be three stages. Tickets go on sale March 10th at 9am GMT. This would be the first time the Gorillaz have performed live since 2010. 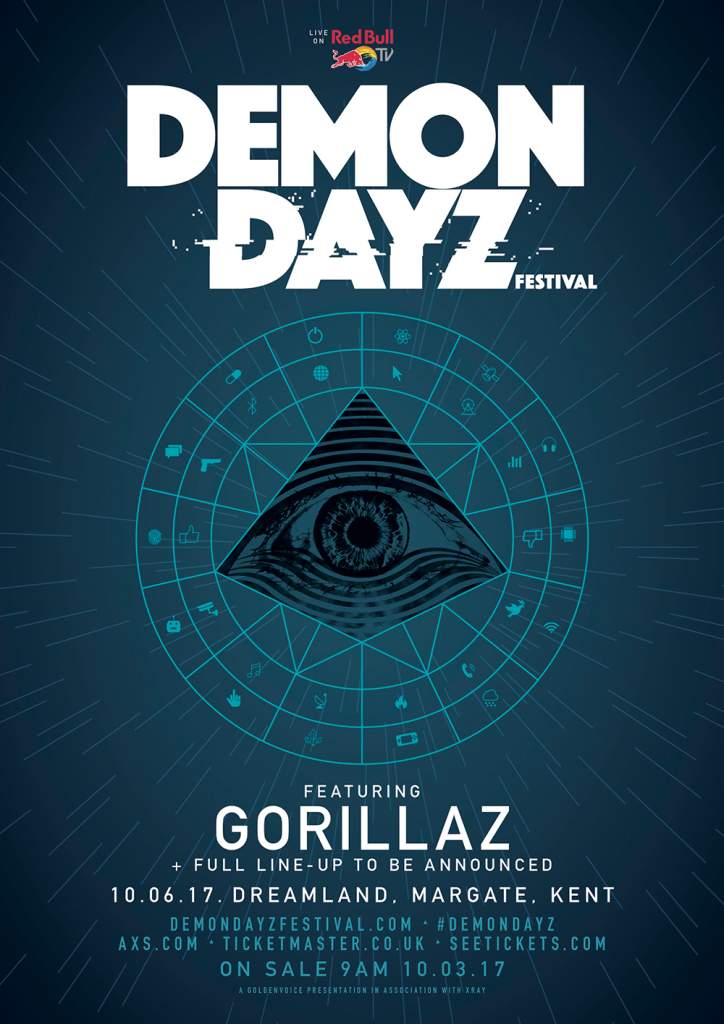