After rumors that Nicki Minaj would drop a Remy Ma diss tonight, recent developments have revealed that Minaj could have up to three new songs in the stash, including a collaboration with Young Money members Drake and Lil Wayne.

The hashtag #TheBig3 has absolutely overrun the internet in the last few hours, with rumors that there will be a new song called “Frauds” premiering in Paris and heading to iTunes tonight. And while there’s yet to be a confirmed time for this release, fans and media outlets definitely seem convinced that Minaj, Drake, and Wayne are back together after rumored troubles in the Young Money camp. The trio were last seen on the 2015 single “Truffle Butter.”

Until it drops, here are some of the best Twitter reactions to #TheBig3 to tie you over.

Ugh i really gotta go study or imma actually get an f in my exam ?@NICKIMINAJ I love you and I can't wait till this song later ?#TheBig3 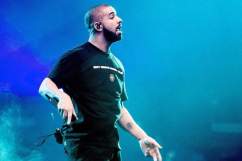 When Will Drake’s ‘More Life’ Be Released?