Drake speaks during the NBA All-Star Game on February 14, 2016 in Toronto, Ontario. (Photo by Elsa/Getty Images)

For Drake, less has never been more.

His most commercially successful albums, Take Care (2011) and Views (2016), each clock in at 20 songs a piece, including interludes and bonus tracks. Even Nothing Was the Same (2013), a project that, according Drake’s CRWN interview, was his attempt at a concise body of work, added up to sixteen tracks. As a musician, he’s spent his career making massive, maximalist listening experiences.

With that being said, the rumors surrounding More Life suggest that it will be Drake’s longest project to date. According to DJ Booth, there could be up to 30 songs on the playlist, including Drake’s previously released singles “Fake Love,” “Sneakin,” and “Two Birds, One Stone.” Even at three minutes a song, that means More Life‘s runtime would come out to 90 minutes, which amounts to an eternity in the streaming age. Will this actually happen? Can Drake pull it off?

Based on the rumors that have persisted, it looks like a real possibility. Drake has yet to deny the 30-song tracklist, nor has OVO manager Oliver El-Khatib, who’s debunked many a claim in the past. This also correlates with what Drake said in his DJ Semtex interview, where he likened More Life to an episode of his OVO Sound series. He described it as “what would happen if I did an OVO Sound Radio but it was all new Drake songs.”

Bearing in mind that a regular episode of OVO Sound Radio runs between 110-150 minutes, it makes perfect sense that More Life would at least approach this sizable length. You can listen to past episodes here.

Still, the idea of taking in an hour and a half from a single person is a daunting one. Even the most talented musicians can start to get old with repetition in lyrics, genre, or sound. Where Drake has the upper hand, however, is that he will only be one of multiple artists on the project.

More Life will reportedly show off OVO’s varied roster, which includes PartyNextDoor, Majid Jordan, Dvsn and Roy Woods, along with affiliates like Giggs, 21 Savage, Wizkid and maybe even The Weeknd. With talent like that, Drake might just pull it off. 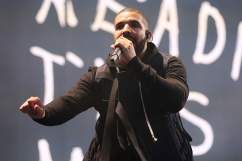 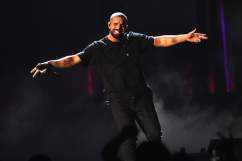