Justin Timberlake and Britney Spears at the premiere of “Crossroads” on February 11, 2002. (photo by Kevin Winter/Getty)

Britney Spears and Justin Timberlake are two of the seminal pop stars of the 2000s. Whether discussing their classic songs, their daring decisions regarding denim, or their highly publicized relationship at the turn of the millennium, the couple are near and dear to the hearts of many. This is precisely why the rumors of a new Spears and Timberlake collaboration have proven so exciting for fans.

Timberlake has recently been seen in the studio, where he is presumably at working recording the follow up to his 2013 double album The 20/20 Experience. Among the producers he has been said to work with are Timbaland, Pharrell Williams, and Spears’ longtime collaborator, Danja. According to The Daily Star, however, it looks as though Timbaland has dropped a few subliminal hints that Timberlake could be teaming up with Spears as well.

The producer behind Timberlake’s Spears-inspired single “Cry Me A River” went on an Instagram spree last week, liking over 100 photos of Timberlake and Spears together. Coincidently, this occurred on the same night that he, Williams, and Timberlake were seen working in the studio. Could this mean what we think it means? Check out a few of the liked posts below.

This comes a few years after what appears to be a reconciliation between the singers and their families. After a notoriously messy break-up in 2002, Timberlake and Spears didn’t speak for many years. Timberlake’s official Twitter account finally broke this silence in 2013, and tweeted at Spears over a controversy where he allegedly called Spears a “b*tch.” The tweet reads “Ok. I see you. Wouldn’t disrespect ANYONE personally. Ever. #Relax #ItsBritneyB*tch I do love that saying though #Respect.” According to UnrealityTV, Timberlake’s mom even “Started following Britney, her sister Jamie Lynn, her mom Lynn Spears… and her assistant Felicia on social media and allegedly liked some of their photos on Instagram.”

Ok. I see you. Wouldn't disrespect ANYONE personally. Ever. #Relax #ItsBritneyBitch I do love that saying though*with accent* #Respect

If the rumors are true, this musical collaboration would prove beneficial for both Timberlake and Spears. The media circus that would result from the two finally working together would bring plenty of shine to Timberlake’s still untitled album, while Spears, who’s latest release was Glory in 2016, is set to go on a series of international tour dates this summer. 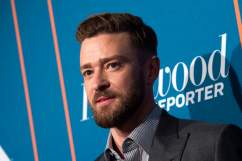