The Chainsmokers are a DJ/Producer duo consisting of members Andrew Taggart and Pall. A relatively new music act, they don’t have the largest discography but have already created some memorable tunes. Best known for their 2016 smash hit “Closer” featuring Halsey, The Chainsmokers have taken the EDM world by storm. With their pop influences and several vocal collaborators, the whole is paying attention their hit songs.

Below is a ranking of the Chainsmokers songs from best to worst.

“Closer” features singer, Halsey. This song is a little bit different from other Chainsmoker songs because it also features vocals from one-half of the DJ duo, Andrew Taggart. Before “Closer,” The Chainsmokers haven’t been known to sing on their tracks but instead employ the help a female vocalist. As usual, the Chainsmokers produced the song which is heavy on EDM with some synthesizers mixed in. The mixture of sometimes cheesy lyrics about playing your favorite Blink 182 song and EDM drops in the chorus make it impossible to not dance along to.

“Closer” was won many accolades for The Chainsmokers and Halsey. Firstly, it was their first song to hit number one on Billboard’s Hot 100. It spent 12 consecutive weeks at the top spot and broke records by being the only song in the history of Billboard’s Hot 100 to spend 32 weeks on the chart. The song is The Chainsmokers most successful to date.

“Don’t Let Me Down” features singer Daya. The song was released as a single to radio off of The Chainsmokers second EP, Collage and became both the Chainsmokers and Daya’s first songs to reach the top 5 on Billboards Hot 100. “Don’t Let Me Down” peaked at number 3 in the United States and charted in the top 10 in several other countries including Canada, Sweden, and the United Kingdom.

“Don’t Let Me Down” won a Grammy Award for Best Dance Recording. This was a first The Chainsmokers and Daya. Perhaps the Grammy Academy was drawn to the emotional rollercoaster of the song, Daya sings the lyrics, “crashing, hit a wall, right now I need a miracle.” However, once the hook comes in it becomes an upbeat crashing of trap and EDM sounds that make you feel you can overcome anything.

Learn more about “Don’t Let Me Down” here.

“New York City” features vocals by singer and newcomer,  Brittany Amaradio. This was this fifth single released from The Chainsmokers debut EP, Bouquet. The song wasn’t the same commercial hit as some of The Chainsmokers other songs but it did perform well on Billboard’s Dance/Electronic Songs chart reaching number 25.

“New York City” is an homage to The Chainsmokers home state. The song is about how even though they are in an insanely crowded city full of something to do at any time, it’s still not a cure for their loneliness, “nights downtown, it’s a new town/ But I keep thinking I see your face in the crowd/ But you’re not here and you won’t be/ Cause you love me enough to let go of me.” Whether you are from New York City or elsewhere, we all can relate to the feeling.

“Roses” was the third single released from The Chainsmokers debut EP, Bouquet. The vocals on the song belong to singer Elizabeth Mencel. The song follows the story of a girl longing for a dreamy relationship with a guy, “Oh, I’ll be your daydream, I’ll wear your favorite things. We could be beautiful.”

“Roses” has less of an EDM vibe that The Chainsmokers are used to doing and sounds more pop, similar to something you might hear Taylor Swift sing over. In an interview with Idolator, The Chainsmokers said, “I think that it definitely has a Chainsmokers feel to it, but there’s a lot of influences like Taylor Swift and Max Martin in the production. But I think that’s what’s cool about it and why people are enjoying it because it doesn’t feel and sound like everything that’s on the radio right now. But it’s catchy and accessible. I think it’s refreshing.”

“Paris” was released by The Chainsmokers as a radio single to promote their debut album, Memories – Do Not Open. The song features vocals from singer, Emily Warren. “Paris” is the follow up to The Chainsmokers most successful record “Closer.” Upon release, “Paris” shot to Billboard’s Hot 100 top 10. The song was praised by music critics everywhere, Patrick Ryan with USA today says that the song is a “the low-key banger is a nostalgic ode to the City of Lights, painting a schmaltzy picture of millennial romance that’s marked by cigarette drags and disheveled hotel rooms.”

It seems impossible for The Chainsmokers to create a song that will surpass “Closer.” The good about where they are in their career now is that they have perfect their sound and “Paris” is an example of this. The Chainsmokers understand that their niche is in EDM and pop sounds with lyrics about relationships and wanderlust. 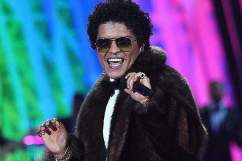