Cosmin Moti is the Romanian defender who made history by saving two penalties (above) when he was forced to play as goalie for his team. Moti was playing for PFC Ludogorets Razgrad against Steaua Bucharest when his team’s keeper was red carded. With all subs made, Moti volunteered to play as goalie.

1. It Was the Most Dramatic of Games

Moti saved two penalties as his team won 6-5 on penalty kicks against Steaua Bucharest to qualify for the Champions League group stages. After 120 minutes, the game had finished 1-0 to Ludogorets.

Moti during the Steaua game. (Getty)

The game was pretty dramatic anyway with PFC Ludogorets Razgrad scoring a sensational late goal to bring the game to overtime.

2. Moti Is Already a Hero With Steaua’s Greatest Rivals

Coincidentally, Moti spent most of his career with Dinamo Bucharest, the hated enemy of Steaua. Check out one of his most famous goals here:

3. He’s Been Linked With Big Moves

Before moving to Razgrad, Moti was linked with moves to Italian giants Lazio, and English team Everton.

4. Moti Hasn’t Played Much for Romania

Moti during one of his rare appearances for Romania in 2011. (Getty)

He has only played five times for Romania at international level. At youth level, Moti played 21 times.

Moti has played for Bulgarian team PFC Ludogorets Razgrad since 2012. According to Transfermarket.com, his valuation right now is $2.8 million. His contract with the team lasts until 2015. 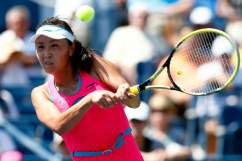