The president has skewered former-Ravens star Ray Rice by declaring that “he’s not a real man.” The statement comes after video emerged of Rice punching his wife, Janay Palmer, out-cold in an Atlantic City elevator. After the video was published, Rice was cut by the Ravens.

The President is the father of two daughters. And like any American, he believes that domestic violence is contemptible and unacceptable in a civilized society. Hitting a woman is not something a real man does, and that’s true whether or not an act of violence happens in the public eye, or, far too often, behind closed doors. Stopping domestic violence is something that’s bigger than football – and all of us have a responsibility to put a stop to it. 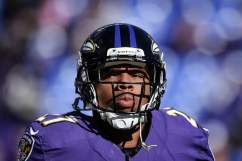