Madison Bumgarner and his wife, Ali, at AT&T Park. (Facebook)

One woman has been by Madison Bumgarner’s side throughout his emergence as one of the best pitchers in baseball.

The former Ali Saunders, whom Bumgarner married in 2010, has been with Bumgarner since the two were high school sweethearts in Western North Carolina, where Madison was the state’s Gatorade Player of the Year as a senior.

Read on for more about Ali and her relationship to the man who completed one of the best postseasons in baseball history in 2014.

1. Ali & Madison Have Been Together Since High School

Madison Bumgarner tips his cap to the crowd at AT&T Park after pitching a shutout in Game 5 of the World Series. (Getty)

Ali grew up in the small town of Hudson, North Carolina — not far form Hickory, where Madison grew up in an area nicknamed “Bumtown” because so many Bumgarners have lived there over the years.

The two have been dating since Madison was a star pitcher — and Major League prospect — at South Caldwell High School in Hudson, where he led the Spartans to a state championship when he went 11-2 as a pitcher and hit .424 with 11 home runs as a senior in 2007.

The two stayed together after the Giants drafted him in the first round of the 2007 draft, and as Madison quickly made his way through the Giants minor league system, making his Major League debut in 2009 after stints in Augusta, San Jose, Connecticut and Fresno.

2. The Bumgarners Got Married on Valentine’s Day in 2010

The Bumgarners tied the knot in on Valentine’s Day in 2010 — just before Madison reported to spring training for what would end up being the Giants’ first championship season since the team moved to San Francisco from New York.

The ceremony was so low-key that, according to a 2012 profile by Yahoo’s Eric Adelson, Madison wore jeans.

There’s more: Not only did Madison marry his high school sweetheart, Ali – who’s also from here – but he married her in a private ceremony while wearing jeans and a pocket knife. Not exactly high-maintenance.

“Madison’s a great guy,” his dad says. “He’s probably a better person than I am.” 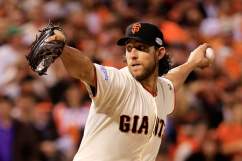 3. Ali Is an Avid Outdoorswoman Who Once Rescued a Jackrabbit Who’d Been Eaten by a Snake

During the season, the Bumgarners live in a condo in San Francisco. But during the offseason, they return to their North Carolina roots and live on a farm in Granite Falls, a town in Caldwell, County not far from Hudson.

Much has been written about Madison’s love for the outdoors. But Tom Verducci’s excellent Sportsman of the Year profile of Madison also contains this story about Ali:

This may be the best Boone-like tale about the man they call Mad Bum. One day during spring training this year in Scottsdale, Bumgarner and his wife were roping cattle when Madison was startled by a large snake he figured was a rattler. He quickly grabbed an ax and hacked it to pieces. When Ali, an expert field dresser, examined what was left of the snake, she found two baby jackrabbits inside pieces of it and extracted them. A short while later the Bumgarners noticed that one of the rabbits had moved slightly. It was alive. Ali brought the rabbit back to their apartment and for the next few days kept it warm and bottle-nursed it. The rabbit soon was healthy enough for them to release into the wild. 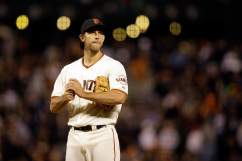 4. Madison Once Bought Ali a Cow

File this under gifts not usually given by Major Leaguers to their wives: Madison once presented Ali with a cow — a fitting gift for the couple’s rural lifestyle.

You can hear Madison talk about the gift and the quiet offseason he enjoyed after the 2010 World Series in the video above.

According to Verducci, Madison presented the cow to Ali shortly before their wedding, but it wasn’t specifically intended as a wedding gift. 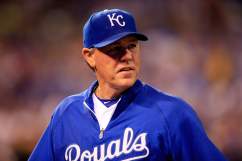 5. Ali Attended a Community College in North Carolina & Is a Former Lifeguard

According to her Facebook page, Ali attended Caldwell Community College and Technical Institute, which mainly serves students from Caldwell and Watauga counties.

Her Facebook page also says she’s a former lifeguard for the city of Lenoir.