The Eagles Shell-shocked the Cowboys to Storm Into First Place

The Eagles struck early and often en route to a 33-10 rout of the Cowboys, grabbing first place in the NFC East, and improving to 9-3 on the season – the franchise also improved to 6-0 on Thanksgiving. The Cowboys lost their second divisional game (2-2) and dropped to 8-4 on the season.

Two years ago, Mark Sanchez entered the history books for all the wrong reasons thanks to the “Butt Fumble” game that sealed his fate as a New York Jet. Today, he was the key to the Eagles ignition throwing for 202 yards in the first-half as the Eagles took an early lead that they didn’t relinquish throughout the course of the game. He finished 20-for-29 with 217 yards and one touchdown, which came in the first-half to Jordan Matthews. His performance this season as an Eagle this season has earned him praise, and – as expected – jokes about the New York Jets.

Jets could use a quarterback just like…Mark Sanchez.

Tony Romo, nicknamed “Turkey Day Tony” for his impressive past Thanksgiving performances, finished 18-for-29 for 199 yards and two interceptions. The Cowboys bread-and-butter has been DeMarco Murray, but he only rushed for just 73 yards with a touchdown on 20 carries. Murray failed to eclipse 100 yards in comparison to the Eagles’ LeSean McCoy who rushed for 159 yards with a touchdown on 25 carries.

The Eagles won the turnover battle 3-1 and outgained the Cowboys in total yards 464-267.

These teams will meet again in Philadelphia over two weeks from now on Sunday, Dec. 14.

With 12:33 left in the fourth quarter, McCoy looked to have fumbled at the Dallas 13-yard line, but the play was reversed after review. The Eagles were not able to take advantage and score a touchdown, and settled for a 25-yard FG from Parkey, his 4th of the game.

Cowboys kicker Dan Bailey hit a 28-yard field goal to cut into the Eagles lead, making it a 23-10 game.

For the second time in the game, the Eagles immediately responded after a Cowboys score by driving 80 yards on just six plays. LeSean McCoy went over 100 yards rushing in the third quarter, and scored the Eagles third touchdown of the game on a 38-yard run to extend their lead to 20.

After McCoy’s score, he can visibly be seen yelling towards the nearest cameraman: “I TOLD YOU I’M THE BEST!”

The Eagles Took a 23-7 Lead Into Halftime

Eagles kicker Cody Parkey connected on three second quarter field goals (31, 22, 26) to help give the Eagles a 23-7 lead at the half.

With 1:19 remaining in the first-half, Cowboys wide receiver Cole Beasley fumbled and the Eagles recovered their 12th fumble of the season, tying the Houston Texans for most in the NFL.

The Eagles scored on five of their six first-half drives. Sanchez was a huge part of the Eagles’ success on offense in the first-half. He went 17-for-24 for a first-half career best 202 yards with one touchdown.

The Cowboys will receive the ball first in the second-half.

Just four seconds into the second quarter, the Cowboys got on the scoreboard with DeMarco Murray’s 8th rushing touchdown this season.

The key play on the drive was a Dez Bryant 38-yard reception that set the Cowboys up on the 5-yard line.

In 7 plays, the Eagles went 88 yards in 2:01. The drive culminated with a Sanchez 27-yard TD pass to Jordan Matthews, giving the Eagles a 14-0 lead with 4:01 remaining in the first quarter.

Mark Sanchez’s Keeper Put Eagles On the Board First

The Eagles received the opening kickoff and proceeded to drive 80 yards down the field on 9 plays in just 3:05 to open the scoring in Cowboys Stadium on Thanksgiving. The highlight of the drive was LeSean McCoy’s 36-yard run.

52 of the 80 yards came on the ground, with the final two coming on a Sanchez 2nd and goal run from the 2-yard line. Like all scoring plays, the play was reviewed, but Sanchez’s touchdown held, giving the Eagles a 7-0 lead in the first quarter.

The Birds Against the Boys For First Place

The Philadelphia Eagles vs. Dallas Cowboys on Thanksgiving is the second of three inter-divisional games – a battle of two 8-3 teams going head-to-head for first place in the division.

Although the Eagles have been able to stay afloat after handing the reigns to Mark Sanchez after Nick Foles’ collarbone injury, they still have much to prove on Thanksgiving. Their defense is ranked 26th in the league, and have still not figured out how to stop the pass. Despite their struggles, the Eagles are second in sacks (38) and fumbles recovered (11), and have the ability to kill drives.

America’s Team is rolling on all cylinders. They just completed a season sweep of the New York Giants, winning five of their last six games against the G-Men. DeMarco Murray (1,354 rushing yards) is still 403 ahead of the league’s second leading rusher (Le’Veon Bell). Dez Bryant has reached 10 touchdowns, making it the third consecutive year where he has reached double-digits. Behind the masterful Aaron Rodgers (119.3), Tony Romo has the league’s second highest passer rating (111.4). Safe to say the plan has been working in the Big D this season.

The Eagles are 2-0 this season against NFC East opponents with two home wins against the Washington Redskins and Giants. The Cowboys are 2-1 with a home loss on Monday Night Football to the Redskins. An Eagles win would give them first place with a 3-0 divisional record and a head-to-head victory against the Cowboys – essentially giving them a two-game cushion. A Cowboys win would give them first place, but they would still have to defeat the Redskins and Eagles again down the stretch in order to solidify grabbing the NFC East’s playoff spot. 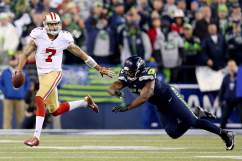