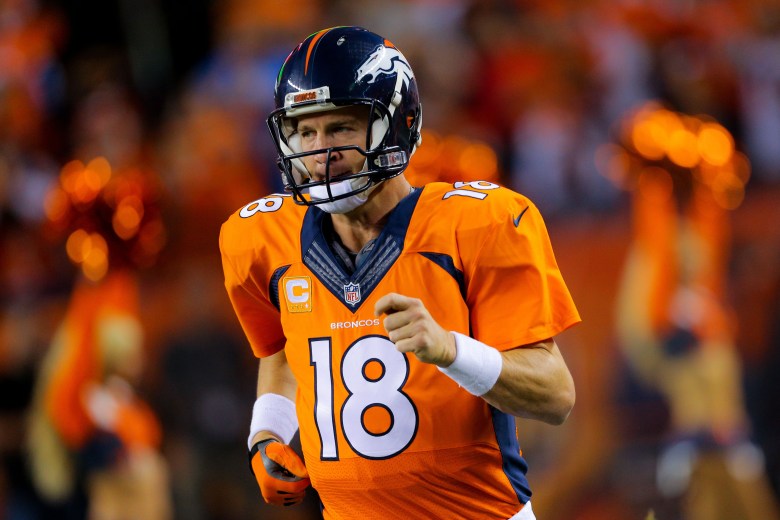 Peyton Manning is atop several lists ranking the NFL’s greatest quarterbacks and greatest players. He already has more MVP awards than anyone else, and earlier this year, he passed Brett Favre to become the career leader in touchdown passes.

Manning is also No. 1 in another important category: Career earnings.

As the guys at Business Insider point out, Manning has already made almost $230 million during the course of his career, which began in 1998 after the Indianapolis Colts took him with the first pick in the draft out of Tennessee.

And Manning still has two years and $38 million left on the five-year, $96 million deal he signed with the Broncos before the 2012 season, brining his projected earnings through the end of his deal to $267.7 million — by far the most in history, and substantially more than the $178.8 million projected earnings for Tom Brady, who Manning squares off against Sunday in Foxborough.

It’s not that Brady has done poorly. He’s already made $154.8 million — second only to Manning in the league. And he has another three years left on his contract, bringing his projected total to $178.8 million. Not bad for a sixth-round draft pick.

Spotrac has a breakdown of Manning’s contract, complete with the cap hit the Broncos are left with after each year.

And that’s just Manning’s football-related income. He also makes a killing on endorsements — $12 million in 2014, according to Forbes, which ranked him as the 26th highest-paid athlete in the world.

Manning is the NFL’s top product endorser; earning $12 million annually off the field from companies like Buick, DirecTV, Gatorade and Papa John’s. Manning became a Papa John’s pizza franchisee in 2012 when he signed a deal to own 25 stores in the Denver area. Manning parted ways with Reebok this year after 12 years together, but added Nationwide to his endorsement portfolio.