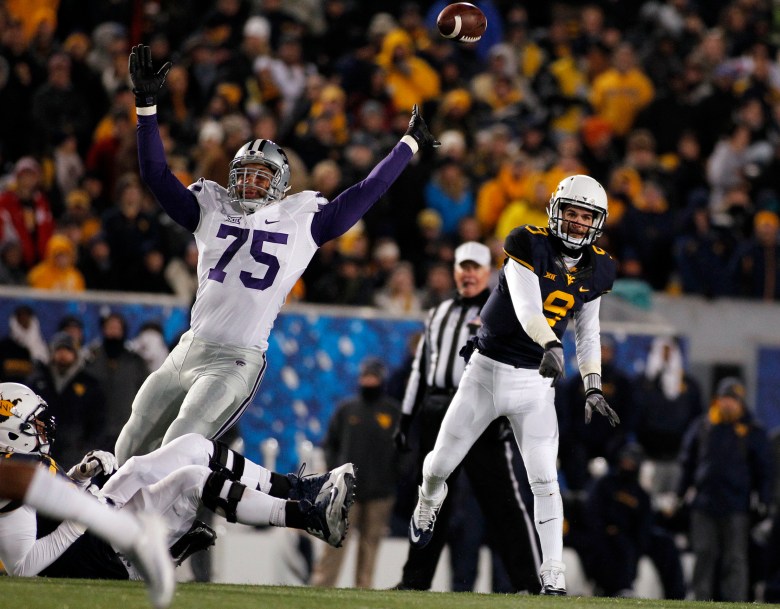 Kansas State got huge performances from Tyler Lockett and Jake Waters and bounced back from its first Big 12 loss of the season to defeat West Virginia 26-20 on Thursday.

After going down 20-3 in the third quarter, WVU battled back but couldn’t overcome Lockett, Waters and 4 turnovers, including a fumble inside Kansas State’s 5-yard line by Wendell Smallwood.

On offense, Tyler Lockett finished with 10 receptions for 196 yards. But he also made an impact on special teams. With a little over a minute remaining in the first half, Lockett atoned for a special teams fumble earlier in the quarter by returning a punt 43 yards for a score to give the Wildcats a 17-3 lead. 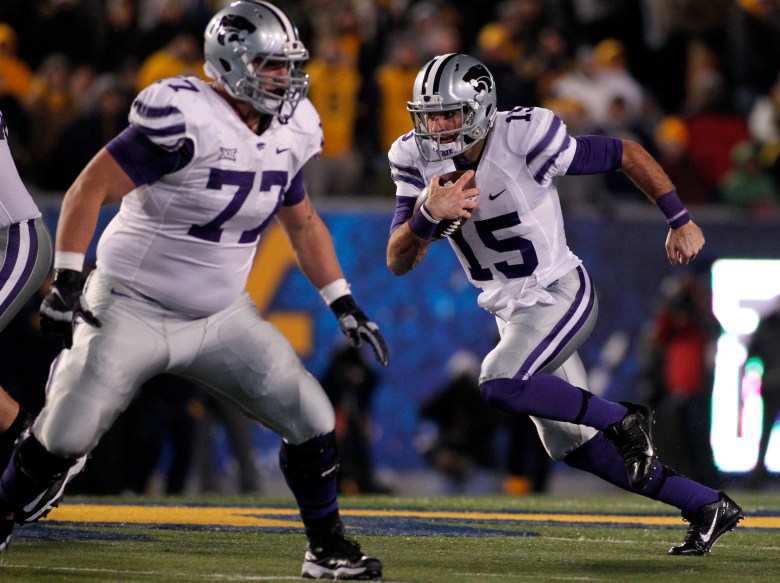 When you see a team rush for 1 yard on 29 carries, they’re usually on the losing end. That wasn’t the case Thursday night. West Virginia had given up 550 total rushing yards in its past 2 games, but clamped down on the Wildcats’ ground game. Quarterback Jake Waters led the way with 13 yards on 12 carries. Charles Jones had 4 yards on 7 carries, DeMarcus Robinson had minus-7 yards on 6 carries and 4 team rushes netted minus-9 yards.

Waters more than made up for the lack of rushing yards with his arm. He threw for a career-high 400 yards on a 22-for-34 night. Waters hit Robinson for a 7-yard scoring strike on the opening drive to give K-State a 7-0 lead. He threw an interception on the last play of the game. 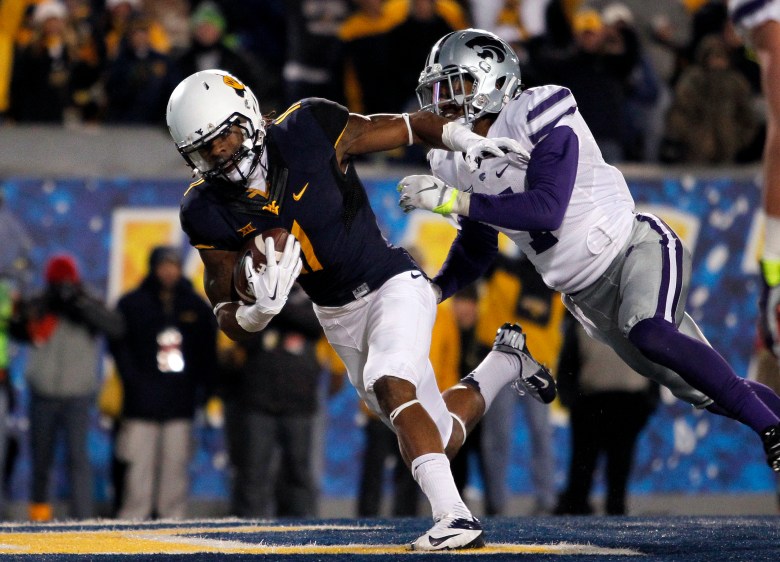 Replacing Clint Trickett at quarterback and down 20-3 in the third quarter, Skyler Howard led the Mountaineers 79 yards on his first drive, ending it with a 7-yard scoring pass to Kevin White. Howard was 4-for-4 for 56 yards and the score and added a 16-yard rush on a 3rd and 6 play. It was the sophomore’s first career touchdown pass.

Howard threw his second touchdown of the game, a catch-and-run 53-yarder to Mario Alford, to cut the Wildcats’ lead to 23-17 midway through the fourth quarter.

An Incredible Catch by Kevin White Was Ruled a Touchdown, But Then Reversed

It appeared West Virginia’s Kevin White had scored an improbable touchdown on a tipped pass to tie the game in the second quarter, but it was overturned in the replay booth.

While White didn’t convert on that play, he did add a touchdown reception in the third quarter. He finished with 7 receptions for 63 yards.

Preview: No. 12 Kansas State Looks to Get Back on Track at West Virginia

Two weeks ago, Kansas State was sitting at No. 7 in the College Football Playoff rankings, a spot below its next opponent, TCU, and in prime position to make a move into the semifinal picture.

Unfortunately for the Wildcats (7-2, 5-1 Big 12), the Horned Frogs were in the same boat. TCU 41, Kansas State 20 happened, dropping the Wildcats out of the Final Four discussion.

Now quarterback Jake Waters and his No. 12 K-State teammates will look to get back to their winning ways when they travel to Morgantown to square off with West Virginia (6-4, 4-3 Big 12) for a Thursday night Big 12 matchup.

The Mountaineers are led by seniors Clint Trickett and Kevin White, one of the more prolific quarterback-receiver duos in the nation this season.

Kansas State leads the all-time series 3-1, including a 2-1 mark in West Virginia.

The game can be seen on Fox Sports 1 at 7 p.m. Eastern. Tim Brando will handle play-by-play duties with Joel Klatt providing the analysis and Jenny Taft as the sideline reporter. 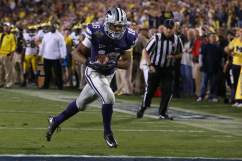