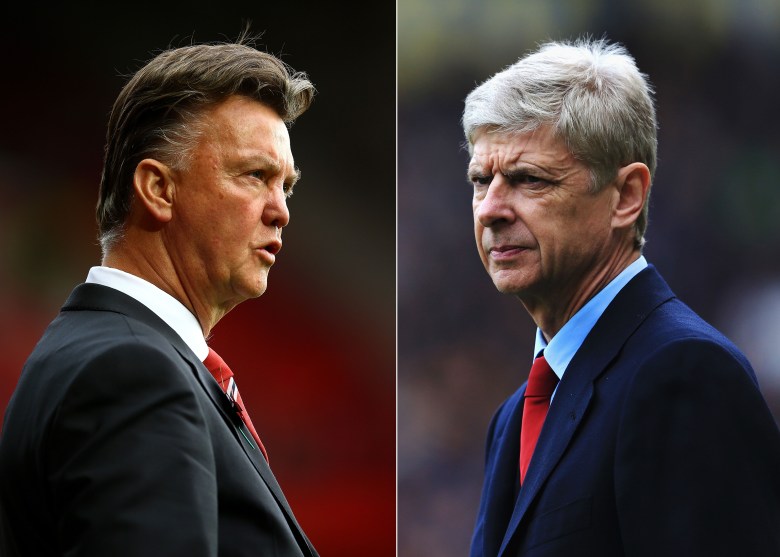 Olivier Giroud Scored in Extra Time for Arsenal, but It Wasn’t Enough

Olivier Giroud scored in extra time for Arsenal, putting Man U on edge and giving the home crowd a sliver of hope.

The Reds, though, held on for dear life and came away with the win.

Wayne Rooney Scored to Ice it for Manchester United

Any hope of a comeback for Arsenal went out the window when Wayne Rooney scored in the 85th minute to put Man U up 2-0.

It was Rooney’s fourth goal of the Premier League season and his 11th career goal against Arsenal. Needless to say, he had plenty of reasons to celebrate.

It’d be hard to imagine a much more brutal stretch midway through the second half for Arsenal. First, the team lost one of its best players when Jack Wilshere went off with an injury.

Next, the team surrendered an own goal — the first goal of the game for either team — when Keiran Gibbs deflected Antonio Valencia’s shot into the net, giving the hosts a 1-0 lead at 55:20.

The Teams Battled to a Scoreless Tie in the 1st Half

Arsenal largely outplayed Man U in the first half, but neither team got on the board.

Half-time at the Emirates: Arsenal 0-0 Manchester United. The hosts started better before the visitors gained a foothold. No goals, though!

As the EPL stat man points out on Twitter, Arsenal did a nice job keeping Man U star Angel Di Maria in check.

Arsenal have done well to stop Di Maria – only 2/7 of his take-ons were successful (@StatsZone Image) #AFC #MUFC pic.twitter.com/pq81SlY8dw

Robin van Persie also had a fairly quiet first half, attempting three passes and completing three of them.

The Dumb & Dumber To Stars Are in the House

Jeff Daniels and Jim Carrey are in the house and were chatting with Laurent Koscielny before the game.

At 12:30 p.m. on November 22, the game kicks off live on NBC. The pre-game build-up will be on NBC Sports but you will need to switch to NBC to watch the game. To watch online you’ll need to go to NBC Live Extra. The game will also be available on numerous illegal streaming sites which we don’t recommend, such as First Row Sports.

You can download the NBC Live Extra app from the Play Store for Android or the App Store. After inputting your cable details, you can watch all the action live from 12:30 p.m. Eastern time. 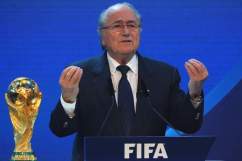