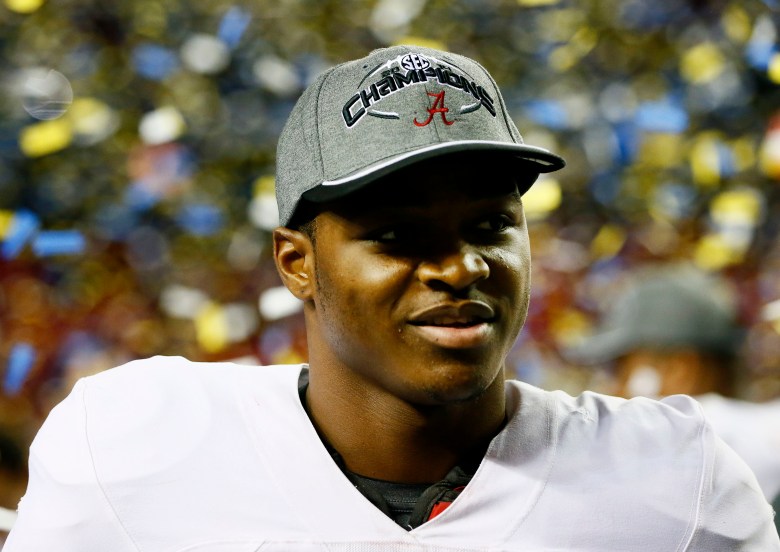 Alabama has won plenty of national championships, but the cupboard is a little empty when it comes to Heisman Trophy hardware.

Wide receiver Amari Cooper is hoping to become the Crimson Tide’s second-ever winner when the announcement is made Saturday night in New York’s Best Buy Theater.

Running back Mark Ingram is the only member of the Alabama Heisman Club, taking the honor in 2009.

Cooper and No. 1 Alabama meet No. 4 Ohio State in the inaugural College Football Playoffs Jan. 1 at the Sugar Bowl in New Orleans.

Here’s what you need to know about Cooper:

Cooper was a top recruit coming out of Miami Northwestern High and made a name for himself at the Under Armour All-America Game, where he scored on a 75-yard reception and a 93-yard punt return (see the clips below).

Cooper had a slew of major college offers, choosing Alabama over Florida State, Miami, Ohio State and South Carolina, among others.

The junior has rewritten the school’s record books as he is the Tide’s all-time leader in receptions, yards and touchdowns, to name a few. Cooper also broke the SEC single-season record for receptions after catching 12 passes in the SEC Championship.

There have been no shortage of highlights in Cooper’s season – or career. As said earlier, he owns nearly every major receiving mark in Alabama history. “Coop” ranks highly in plenty of SEC records as well.

Twice this season (vs. Tennessee and Auburn) Cooper has recorded a school-record 224 receiving yards. He’s scored 3 touchdowns in a game twice (vs. Florida, Auburn) and double-digit receptions 5 times, with a high of 13 catches twice (vs. Florida Atlantic, Auburn).

Thursday night, Cooper won the Biletnikoff Award, given annually to the nation’s most outstanding receiver, and he was recently named to the All-SEC first team.

Why Cooper Will Win

Because he’s the best player on the No. 1 team in the country. Cooper led the nation in receptions and yards while playing in an offense that wasn’t in the FBS’ top 50 of pass attempts. He plays in arguably the best division of the best conference and he was unstoppable all season, making plays with whatever coverages opposing defenses threw at him.

Quarterbacks have been dominating the Heisman winner’s circle (12 of the last 14), so maybe this is the year the voters decide to show some respect to a more-than-worthy wide receiver.

Because wide receivers don’t win the Heisman Trophy. Not since Michigan’s Desmond Howard in 1991 took home the honor has a pass catcher received the bronze statue. Howard didn’t face much competition that season, but Cooper has to deal with Oregon quarterback Marcus Mariota and Wisconsin running back Melvin Gordon, both of whom have put up monster numbers.

Mariota happens to be the nation’s most efficient passer, while Gordon has run away with the rushing title by 300 yards.

Tim Brown of Notre Dame won the Heisman as a receiver in 1987, but other than that, full-time wideouts don’t get much love from the voters.

Cooper has the numbers, but can he overcome Mariota, Gordon and the stigma that wide receivers aren’t Heisman-worthy? 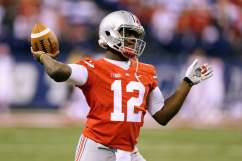