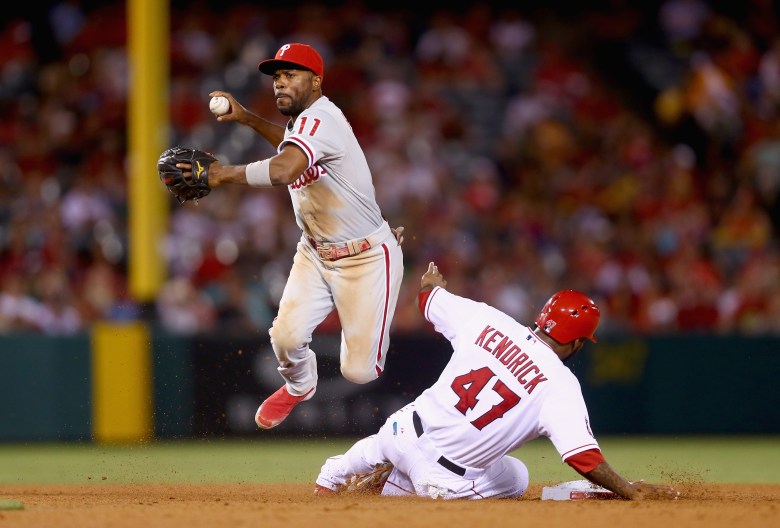 According to ESPN’s Buster Olney, the Philadelphia Phillies have traded long-time shortstop Jimmy Rollins to the Los Angeles Dodgers. What the Phillies have received in the deal has yet to be disclosed.

Rollins will replace the departed Hanley Ramirez, who signed with the Boston Red Sox this offseason.

Rollins spent 15 years in the City of Brotherly Love. During that span, he became one baseball’s best shortstops. He is the franchise’s all-time leader in hits, at-bats and doubles, and was one of the key contributors — along with Ryan Howard, Chase Utley, Cole Hamels and Brad Lidge — to the Phillies’ World Series championship run in 2008 and National League Pennant in 2009. He is a three-time All Star, four-time Gold Glove winner and won the 2007 NL MVP.

Rollins will make $11 million next season, and is in the final year of his contract.