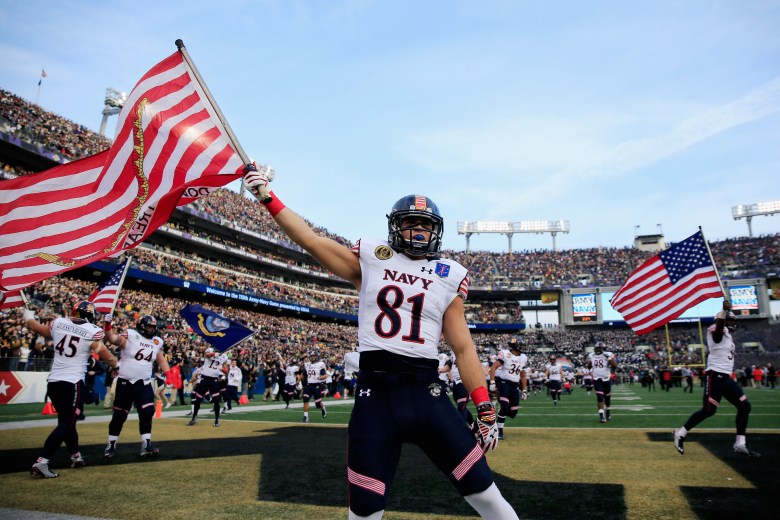 The game features two of the best run offenses in the nation. Well, Navy is THE best with a whopping 335.1 yards per game, while San Diego State puts up 218.6, good for 28th.

The Midshipmen have won 5 of 6, most recently the annual game vs. Army. Quarterback Keenan Reynolds has rushed for more yards and touchdowns than he has thrown for (1,182 and 21 TDs on the ground vs. 826 and 6). But that tends to be the case when you run the triple-option.

The Aztec’s running game is spearheaded by Donnel Pumphrey, the 3rd-leading rusher in FBS with 1,755 yards. With Quinn Kaehler, SDSU throws a bit more than Navy, but so does everyone besides Army. Literally. All other 123 FBS teams do.

The Aztecs might be confused at times by the triple-option, but their run defense allows 145 yards per game compared to 200 for Navy’s D. And that’s going to be the difference. Pumphrey is going to pile up the yards and the Aztecs’ top 15 scoring defense (20.1 ppg) is going to limit the Midshipmen.