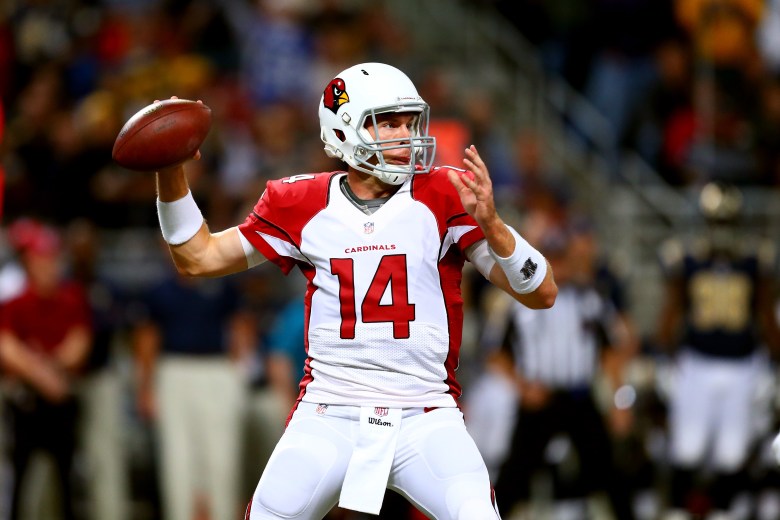 The Arizona Cardinals’ reward for having one of the best regular seasons in franchise history is a road playoff game in which Arizona will likely have to start third-string quarterback Ryan Lindley.

Lindley will likely be under center next week when Arizona takes on the Carolina Panthers, who blew out the Atlanta Falcons Sunday to win the NFC South title despite finishing with a 7-8-1 record.

Drew Stanton, who took over for Carson Palmer after Palmer suffered a season-ending knee injury, missed the last two games of the regular season with a leg infection. His status is uncertain for next weekend.

The oddsmakers are taking a dim view of the Cardinals’ quarterbacking situation, listing Arizona as a 5-point underdog despite having three more regular season wins than Carolina.

Kickoff is set for 4:30 Eastern time on Saturday, with TV coverage on ESPN.

Read More
Breaking News, Football, NFL, NFL playoffs
Despite one of their best seasons in franchise history, the Cardinals will be on the road next weekend at the NFC South champion Panthers.