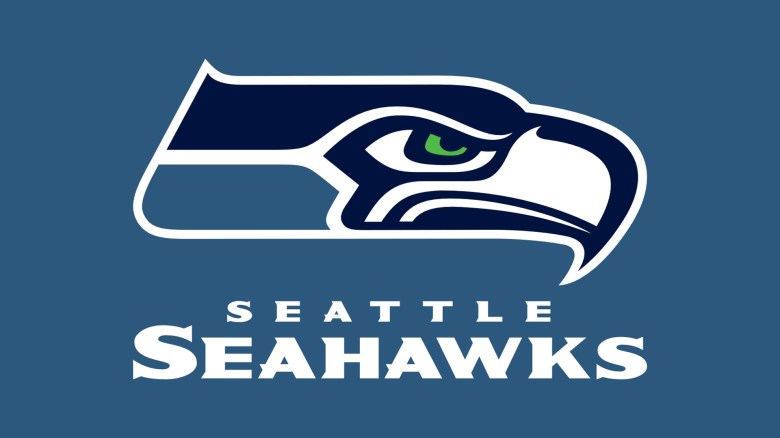 Russell Wilson and the Seattle Seahawks have made the playoffs…again. So, now is the perfect time to take pride in the Seahawks by sporting some great NFL gear. There is a ton of great Seahawks merchandise out there, but nothing says diehard fan like some badass Seahawks apparel. So without further ado, here is the most badass gear you’ll find in the NFL pro shop.

Any Seahawks fan can just grab a Russell Wilson jersey and call it a day, but show your true pride in being a part of the 12th man with the Twelfth Man Seahawks jersey that reads “Fan” on the back. The jersey is gray with dark blue lettering and lime green accents, showing the colors of the Seahawks. It also has a flywire-strengthened collar that resists stretching.

For a less expensive way to show support for your team, check out the NFL Primary Receiver IV Long Sleeve Tee. It’s made by Majestic and officially licensed by the NFL, sporting screenprinted team graphics. For a fraction of the cost of an official jersey, you’ll still look great while showing support for the Seattle Seahawks.

Like Nike, Mitchell & Ness is a highly respected apparel king in the world of professional sports, especially when it comes to vintage throwback gear, like this “Sweep” Full Zip Hooded Sweatshirt. It’s officially licensed by the NFL, and will make you stand out among other Seattle Seahawks fans who usually just grab the standard hoodie. This Seahawks hoodie is anything but standard, and is made with incredible detail featuring distressed printed team graphics on the chest and 2×1 rib trim cuffs. It’s made of 100% soft cotton, so it’s both comfortable and stylish. In fact, I’d call it the most stylish Patriots sweatshirt in the NFL shop.

If you live somewhere that requires a constant battle with the cold, a Seahawks beanie might be your go-to gear to show your fandom. New Era’s Biggest Fan Redux Knit Beanie is about $30 less than their other, more expensive beanies — which in my opinion are a bit too pricey. And, they still look great, with the team name across the cap and the Seahawks logo on the beanie’s cuff.

New Era has quite a few quality Seattle Seahawks caps available, but the best-looking is the Two Tone 59Fifty Fitted Cap. It’s main color is gray, and it has a blue brim. The Seahawks logo is stitched onto the front of it, so everyone knows you’re a Seahawks fan. It’s a very clean look, and it comes in at under $40.