Crystal McCrary, left, is the ex-wife of Greg Anthony. (Twitter)

Crystal McCrary is the ex-wife of former NBA star and current CBS basketball analyst Greg Anthony, who was arrested Friday in Washington, D.C., for soliciting a prostitute.

Here’s all you need to know about McCrary: 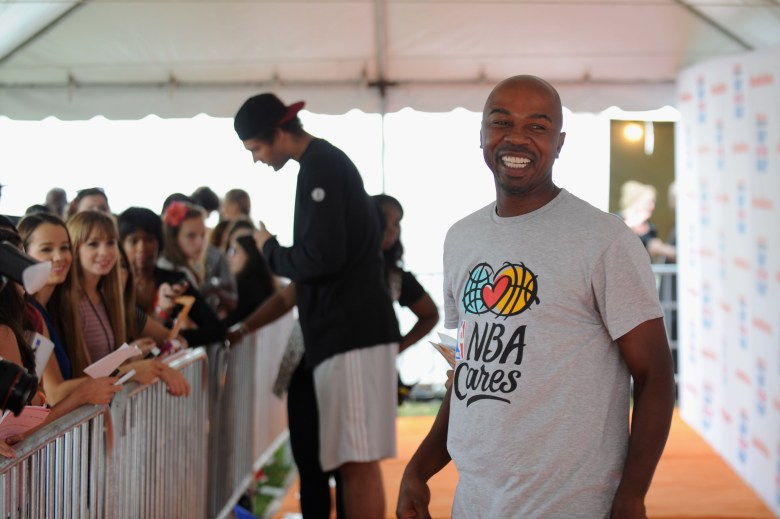 McCrary and Anthony had 2 children together, a daughter Ella and a son Cole.

Anthony’s current wife, Chere, gave birth to the couple’s daughter in March of 2014.

McCrary is currently married to Ray McGuire, who serves as the Head of Global Banking at Citigroup, Inc.

McCrary and Rita Ewing, who was then married to New York Knicks center Patrick Ewing, a teammate of Greg Anthony’s, co-wrote Homecourt Advantage, a racy novel about the lives of the fictional “New York Flyers” basketball team and their wives and girlfriends. The book came out in 1998.

Washington Post reviewer Kevin Merida described the book as “336 pages of lust and distrust, gossip and innuendo, the trappings of money and the seductions of power. Love and heartache turn in strong performances. So do friendship and betrayal. And, oh yeah, basketball makes a cameo. That’s because basketball is just a prop for the narrative, which centers on the dysfunctional off-court lives of multimillionaire athletes and their significant others.”

McCrary also co-wrote Gotham Diaries in 2004 with Tonya Lewis Lee, the wife of filmmaker Spike Lee. That book won her the Blackboard Fiction Book of the Year.

3. McCrary Is a Lawyer

McCrary attending the University of Michigan and earned a bachelor’s degree in English in 1991. After attending American University in Washington, D.C., she moved to New York City to attend the New York University School of Law, completing her degree in 1995.

McCrary began her career as an associate in the New York firm Paul, Weiss, Rifkind, Wharton & Garrison. There she practiced entertainment law, representing authors, playwrights, and directors in their contract negotiations.

In 1997 she quit her job as an attorney to focus on writing.

Look who I saw in the window of @Nike in #NewYork @SkyDigg4 #winning #girlpower #inspiration @LittleBallers #hardwork pic.twitter.com/vfzFCzR7Yv

In 2013, McCrary directed and produced the documentary “Little Ballers.” NBA star Amare Stoudemire was an executive producer on the film.

The documentary is about 4 11-year old boys in New York City and their coach as they set out to win an AAU National Championship.

5. McCrary Has Guest-Hosted The View

McCrary is no stranger to TV appearances and has guest hosted The View.

She has also appeared as a legal analyst for Fox News Channel, CNBC and Court TV.

McCrary was a commentator for CNN’s American Morning and has partnered with BET J network on various projects. 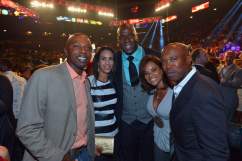