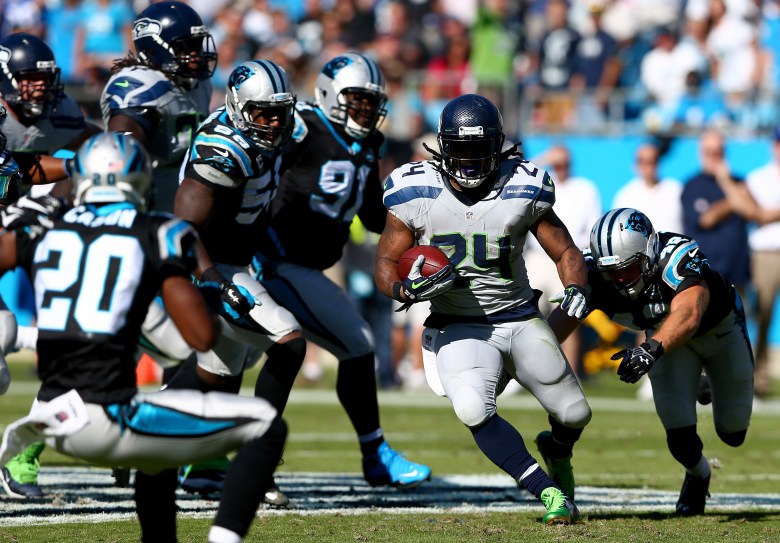 The Panthers defeated the Cardinals on Wildcard Weekend and earned a trip up to Seattle to take on the defending champion Seahawks in the Divisional round.

This will be the first playoff meeting between the two teams since the 2005 NFC Championship game.

In that game, Matt Hasselbeck threw for 219 yards and 2 touchdowns, leading Seattle to a 34-14 win and a date with the Steelers in the Super Bowl.

Jake Delhomme completed just 15 of 35 passes for 196 yards, one touchdown and three interceptions for Carolina.

Correction: A previous version of this post incorrectly reported that the Panthers were playing the Green Bay Packers in the divisional round.

Read More
Carolina Panthers, Football, NFL, NFL playoffs, Seattle Seahawks
The Panthers and Seahawks will square off in the playoffs for the first time since the 2005 NFC title game.