Mexican star Saul Alvarez announced via his twitter account that he and power-puncher James Kirkland have agreed to fight.

Canelo vs Kirkland is on?

At this time, no date or location has been officially disclosed, though rumors have surfaced of a May 2nd bout at the Alamodome in San Antonio, Texas. HBO will carry the fight.

The announcement comes on the heels of the recent breakdown in negotiations between Alvarez and Miguel Cotto when the Puerto Rican WBC World middleweight champ let a final deadline for the fight expire last week.

A final announcement on the time and place of the Alvarez-Kirkland fight is pending the outcome of negotiations in a possible May 2nd Mayweather-Pacquiao matchup. Floyd Mayweather Jr. has traditionally fought on Cinco de Mayo weekend, and Golden Boy Promotions President Oscar De La Hoya and Canelo Alvarez have been eager to claim that date as their own.

“If Mayweather-Pacquiao happens [on May 2] then that’s the only fight that, out of respect for the fans, that we will move from [May 2],” De La Hoya told ESPN.com days before Alvarez-Kirkland was announce. “But if Mayweather fights Cotto or Amir (Khan) then we’re going. We would have to.”

Former light-middleweight champion Saul Alvarez (44-1-1, 31 KOs) is coming off back-to-back victories over Erislandy Lara and Alfredo Angulo. Prior to those wins, 24-year-old Canelo had suffered his first defeat in a one-sided effort against Floyd Mayweather Jr.

James Kirckland (32-1, 28 KOs) will enter the ring having beaten an undefeated Glen Tapia with a sixth-round TKO in December of 2013. Kirksland’s only career defeat came in a first-round knockout upset at the hands of Nobuhiro Ishida in April 2011. 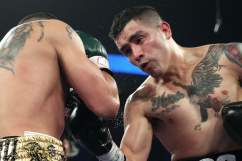 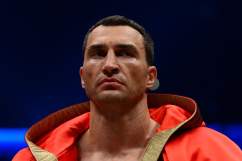