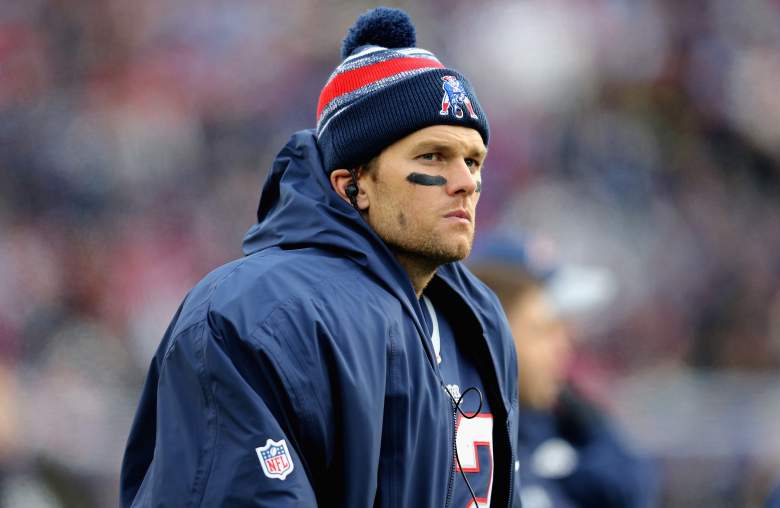 Tom Brady and the Patriots host the Colts Sunday with a trip to the Super Bowl on the line. (Getty)

Tom Brady’s cringe-worthy press conference Thursday left more questions than answers about Deflategate, leaving many to wonder whether he was telling the truth when he told a horde of reporters that he had nothing to do with New England’s game balls being under-inflated during the AFC title game.

Brady stood at a podium for a half hour Thursday answering question after question by saying variations of the same thing: He had nothing to do with balls becoming under-inflated and doesn’t know what happened.

That explanation was less than satisfactory to ESPN analyst and former NFL quarterback Mark Brunell, who eviscerated Brady shortly after the press conference ended. words in his presser:

NFL writers and television broadcasters took to Twitter to give their opinions of Brady’s presser:

As Brady is saying, you can not tell the difference between a 13.5 PSI ball and a 10.5 PSI ball. We did that on my show. I couldn't tell.

How can Brady say he likes the ball at 12.5 if he also says he can't tell the difference?

Tom Brady knows 12.5 is a "perfect fit for me," but can't tell the difference when the ball weighs a lot less than that?

Roger Goodell's nightmare season refuses to end quietly. Yet another investigation, even more demand for transparency that he can't afford.

Brady also admitted that nobody in the NFL’s offices has yet to directly contact him about the incident yet, which may have inadvertently created more controversy heading into Media Week and the Super Bowl.

Asked the NFL why they haven't reached out to Brady, if they plan to soon. They declined comment.