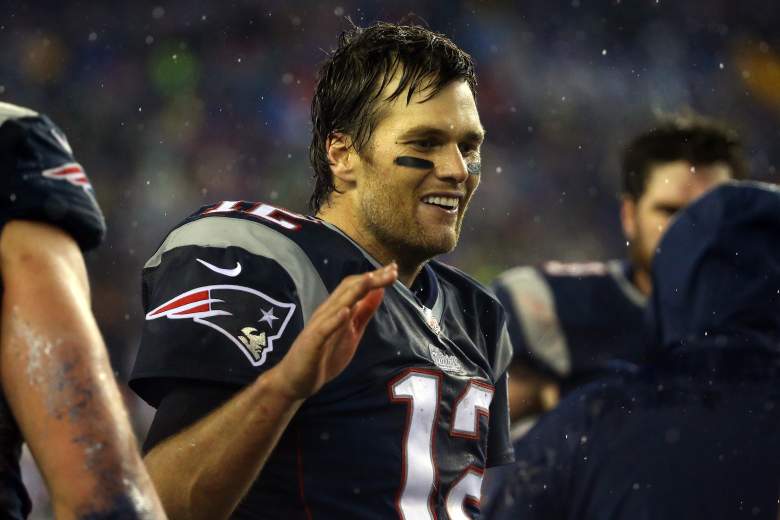 In the press conference, Brady addressed the Deflategate controversy surrounding the team over the past week after their 45-7 AFC Championship Game victory against the Indianapolis Colts this past Sunday.

Brady also denied any involvement with the situation and said that he knew about the extent of the situation just as much as everybody else.

Below are some tweets with direct quotes from the press conference:

Tom Brady: "I didn't alter the ball in any way" http://t.co/ZUXhjKwnNr

"This isn't ISIS. No one is dying." — Tom Brady #DeflateGate

Tom Brady: “Everyone is trying to figure out what happened.”

Tom Brady: “Everyone is trying to figure out what happened.”

"I would never do anything to break the rules. I believe in fair play" – Tom Brady on NFL LIVE right now pic.twitter.com/4FjZnCOrsQ

Brady: 'I have no knowledge of wrongdoing' http://t.co/tphdDVtpEm

Here are also some other tweets about the presser:

As Brady is saying, you can not tell the difference between a 13.5 PSI ball and a 10.5 PSI ball. We did that on my show. I couldn't tell.

How can Brady say he likes the ball at 12.5 if he also says he can't tell the difference?

Tom Brady knows 12.5 is a "perfect fit for me," but can't tell the difference when the ball weighs a lot less than that?

Roger Goodell's nightmare season refuses to end quietly. Yet another investigation, even more demand for transparency that he can't afford.

Brady also admitted that nobody in the NFL’s offices has yet to directly contact him about the incident yet.

Asked the NFL why they haven't reached out to Brady, if they plan to soon. They declined comment.

Patriots head coach Bill Belichick had his own press conference earlier in the day. He said that the Patriots will continue to cooperate with the NFL during this investigation and that he does not have an explanation for the situation:

I was shocked to learn of the footballs on Monday. I had no knowledge until Monday morning. I’d say I’ve learned a lot more about this process in the last three days than I knew, or had talked about it, in the last 40 years that I’ve coached in this league.

He continued by addressing that this issue was just as foreign to him as it was to everybody else:

I have no explanation for what happened. I’ve told you everything I know. In my entire coaching career, I have never talked to any player or staff member about football air pressure. The footballs are approved by the league and officials pregame, and we play with what’s out there. That’s the only way that I have ever thought about that.

In the process of his explanation, there seems to have been the issue of potentially hanging out Brady to dry with the wording he used as he further explained the incident:

I think we all know that quarterbacks, kickers, specialists have certain preferences on footballs. They know a lot more about it than I do. They’re a lot more sensitive to it than I am. I hear them comment on it from time to time, but I can tell you and they will tell you that there is never any sympathy whatsoever from me on that subject. Zero. Tom’s personal preferences on his footballs is something he can talk about in much better detail and information than I can possibly provide.

According to the ESPN article, Brady held a closed-door meeting with teammates where he admitted that he prefers the footballs a certain way. In Belichick’s press conference, he clarified that he had nothing to do with the situation, but alluded to the fact that Brady may have been involved.