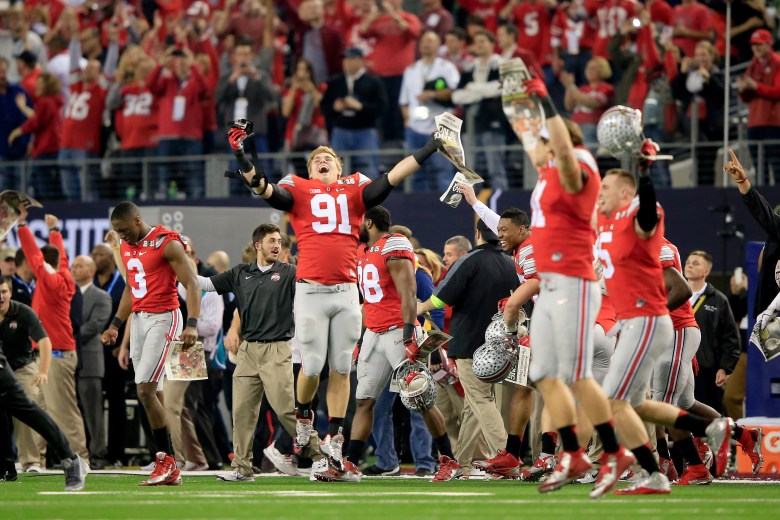 Buckeyes head coach Urban Meyer won his 3rd National Championship, and currently matched his long-time rival and counterpart Nick Saban for the most championships of any active head coach.

The Buckeyes saw a dominant performance by running back Ezekiel Elliot who rushed for over 200 yards — 36 carries for 246 yards (a National Championship Game record) — for the 3rd consecutive game including four touchdowns in the blowout. Despite quarterback Cardale Jones’ four fumbles, Oregon was never able to take full advantage of the turnovers, and struggled in the red zone in comparison to the national champions.

2014 Heisman Trophy winner Marcus Mariota didn’t completely quiet critics, but his 24-for-37 for 333 yards and two touchdowns performance felt hollow because the Ducks were nowhere near as effective as moving the ball as the Buckeyes were.

Ohio State out-gained the Ducks with 538 total yards to Oregon’s 468. The Buckeyes defense came up with big stops when they needed to, and was ultimately the difference in the game.