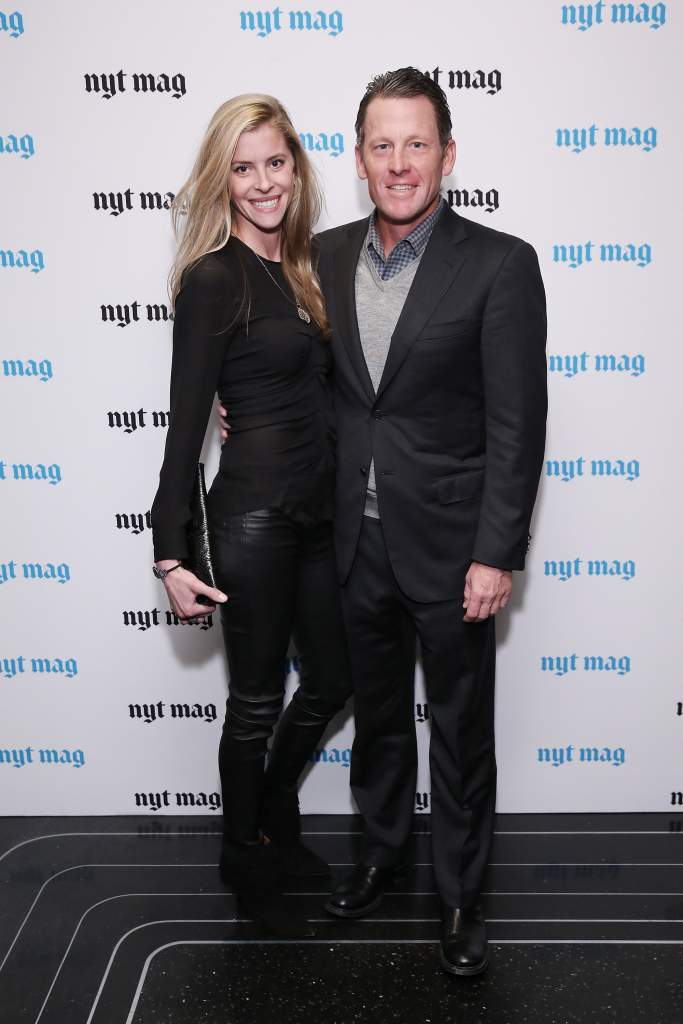 Anna Hansen is Lance Armstrong’s fiancee. The athlete popped the question to Hansen in 2017 and made the announcement on his Instagram account on May 23.

Hansen is from Colorado, and graduated from the University of Colorado with a degree in Biology.

Here’s what you need to know about Hansen:

1. Hansen Has Been Dating Armstrong Since 2008

The couple met through Armstrong’s charity work and officially started dating in July 2008. Over the next few months, the two fell in love.

Despite the controversy surrounding Armstrong over the past few years, Hansen stuck by his side. It’s something that he has talked about on social media from time to time, especially earlier this year when the two celebrated their 9-year anniversary.

“Nine years ago today I met this amazing woman in Denver, Colorado. As y’all can imagine, the last half of those nine years hasn’t exactly been smooth. She’s been a pillar of strength and love for me and our entire family. Happy Anniversary babe. I love you,” he wrote on Instagram.

In 2013, Hansen’s father, David Hansen, spoke about his daughter’s relationship with Armstrong when his life got flipped upside down.

“Listen, things obviously went haywire for him, but my daughter is a very strong person. I think she will probably stand by him,” Mr. Hansen told Celebuzz at the time. Not only had Hansen met Armstrong when he had cancer, but she remained by his side after he admitted to doping.

You can watch Armstrong’s admission to Oprah Winfrey in the video below.

2. The Couple Has 2 Children Together

Hansen has two children with Armstrong. Their son, Max, was born in July 2009 and their daughter, Olivia, was born in October 2010. Hansen and Armstrong spend a great deal of time with their kids and the whole family really enjoys staying active. Recently. Armstrong shared photos of Max and Olivia at a swim meet. He has also shared photos of the family out on adventures, biking around town and what not.

Back in magic valley

Armstrong also has three children from his previous marriage to Kristen Richard-Armstrong. His son Luke is 17 and his twin daughters, Grace and Isabelle, are 15. Last Christmas, Armstrong shared a photo of himself, Hansen, and all five of his kids. Check it out below.

Happy Holidays from all of us to all of you! Looking FORWARD to 2017!

3. Armstrong Was Previously Married & Has a Known Dating History 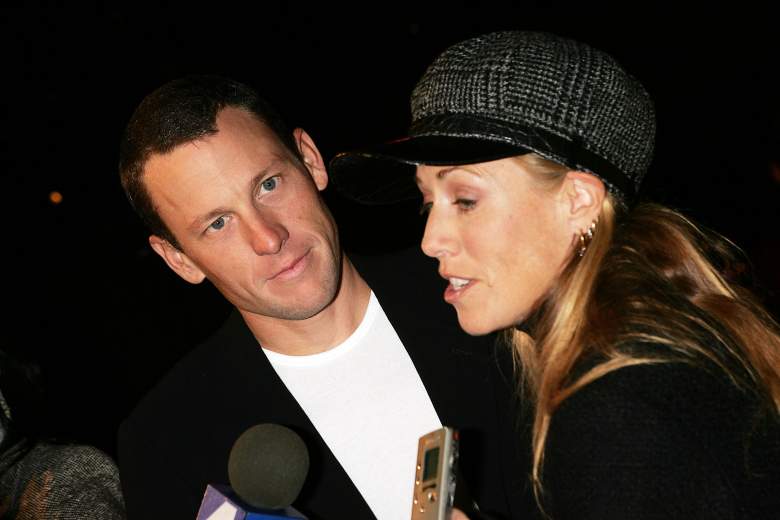 Armstrong’s reputation has slowly evaporated over time. He went from being the “hero” cyclist who defeated cancer to an athlete connected with performance-enhancing drugs, a liar, and a con-artist.

Armstrong was previously married to Kristin Richard-Armstrong for five years. They split in 2003.

After his marriage ended, Armstrong spent some time in the dating scene. He dated singer Sheryl Crow, who he was engaged to in September 2005 (the couple split in February 2006) and actress Kate Hudson. He was also linked to actress Ashley Olsen — who is 15 years his junior — and fashion designer, Tory Burch. 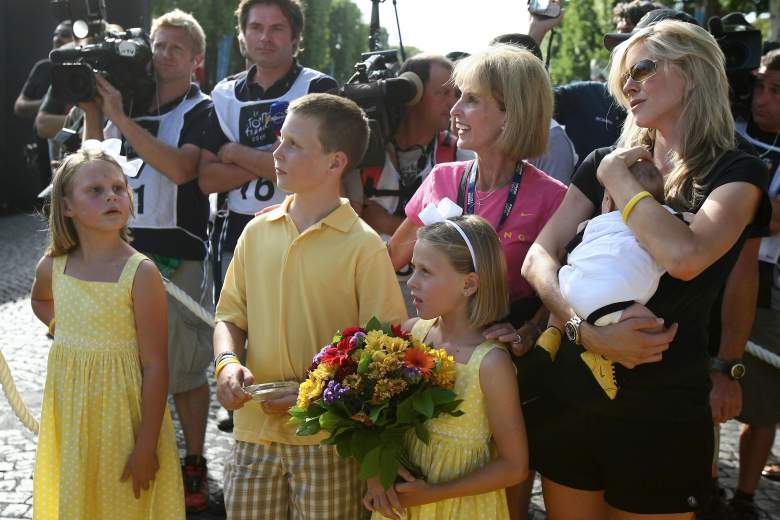 Hansen is the former program director for a Colorado non-profit First Descents, “an organization which provides outdoor adventure experiences for young adults who have cancer,” according to Babble.

She has also worked with the Children’s Hospital of Denver — near the couple’s home in Colorado — as part of her charity work.

Although she doesn’t post excessively on social media, Hansen has used the various platforms to post about things that are important to her. In March 2017, for example, Hansen took to Instagram to support “Idea Schools.”

“Beautiful day in Austin supporting @ideaschools. All children should have access to a great education, regardless of their race, or the zip code they live in,” she captioned the photo.

5. Hansen Agreed to Take the Blame for a December Incident 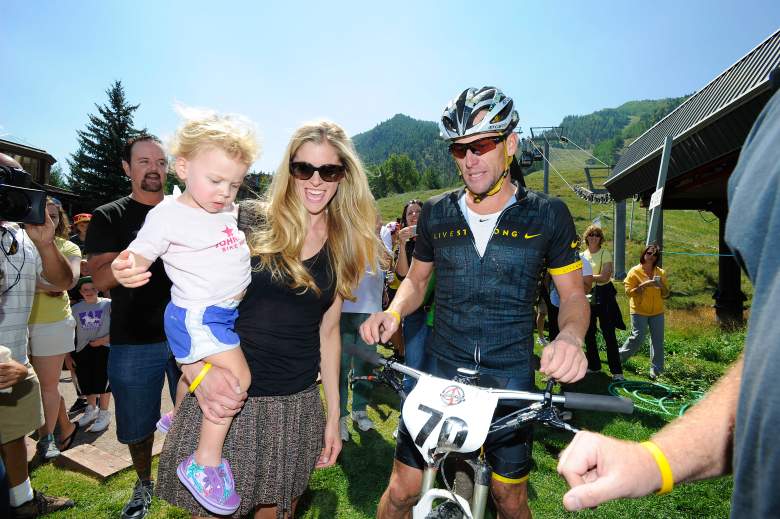 On December 28, 2014, police records show that Armstrong committed a hit-and-run where he hit two parked cars after a night of partying in Aspen, Colorado. At the time, Hansen agreed to lie for him and take the blame so that the incident wouldn’t gain national attention.

In February 2015, Armstrong mailed in a guilty plea on a careless driving charge. The additional charges brought against him (failing to report an accident and speeding too fast for conditions) were dropped as part of a plea deal. According to USA Today, he paid $238.50 to cover court fees and a $150 traffic fine.

Despite the lies that she told in an effort to protect her boyfriend, Hansen was not charged. 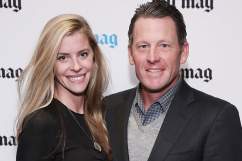