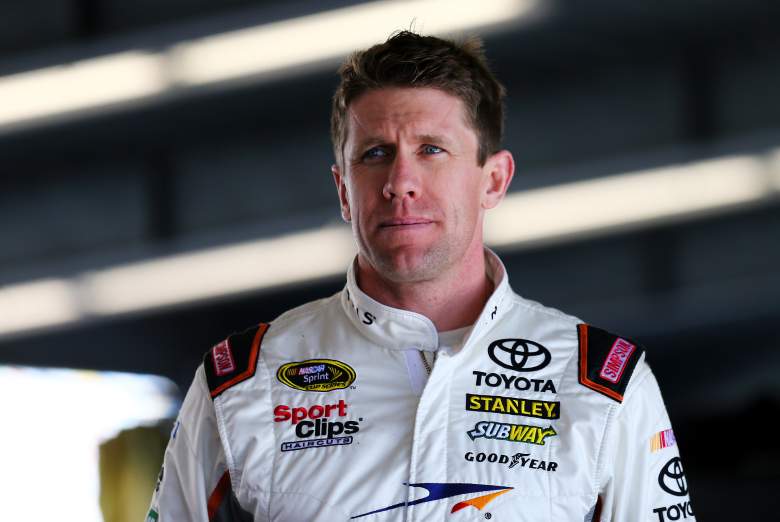 Carl Edwards drives the No. 19 Toyota Camry in the Sprint Cup Series for Joe Gibbs Racing, and this season marks the beginning of his 11th season as a Sprint Cup driver.

Edwards was born in Columbia, Missouri, and would later attend the University of Missouri for college. He always had a passion for racing and maintained that passion after college. Before he became a race car driver, he was a substitute teacher.

Eventually, Edwards had enough confidence to promote himself and get his name out there. He was eventually found, and is now one of the most popular drivers in NASCAR.

1. Edwards Impressed Jack Roush to Get His Big Break 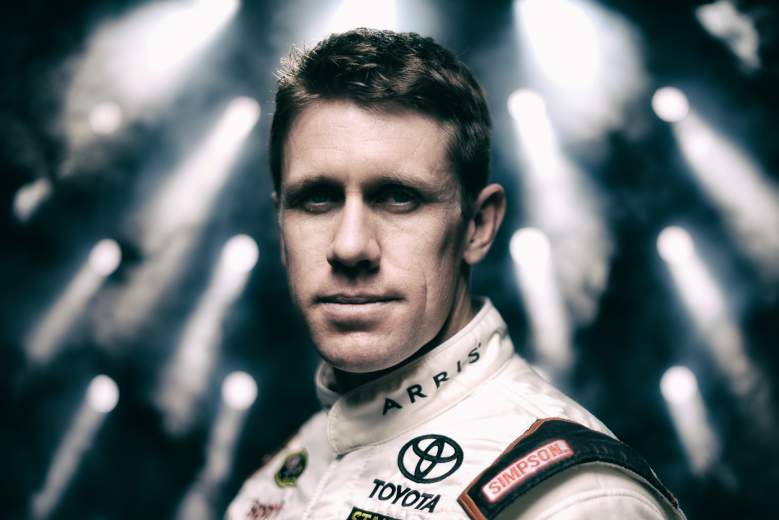 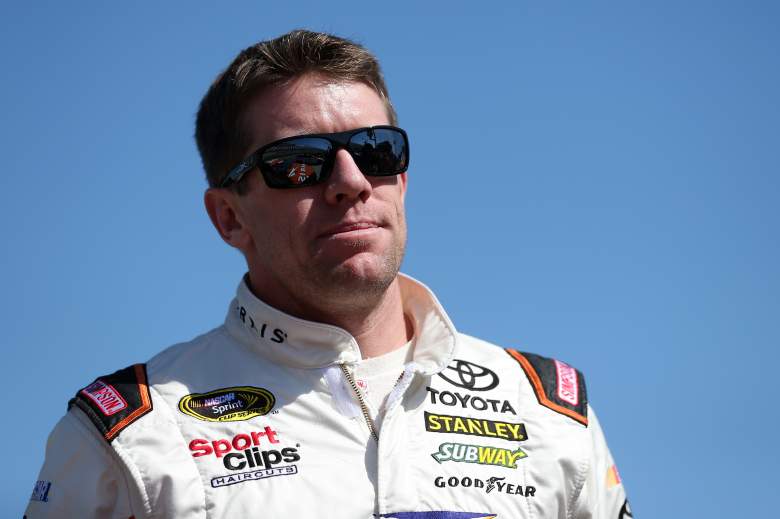 2005 was his first official season a part of the Sprint Cup (then Nextel Cup) and Busch Series. He eventually won NASCAR Busch Series Rookie of the Year.

3. Edwards & His Wife Have Two Children Together 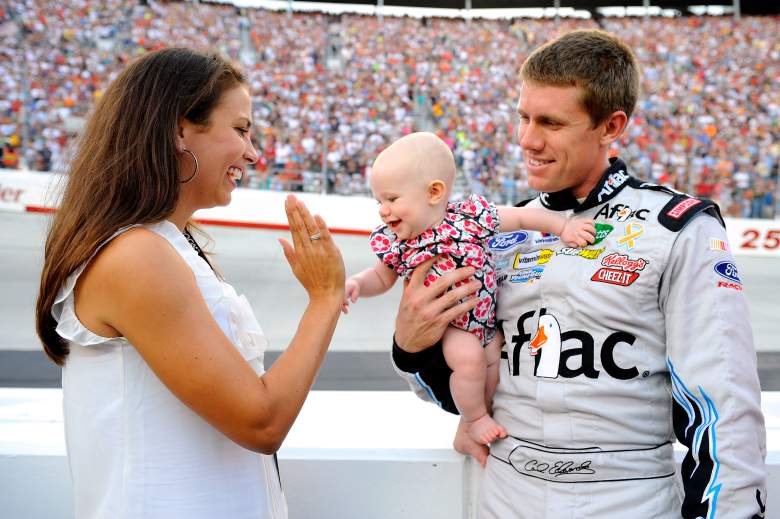 Edwards and his wife Kate with their daughter Anna at the start of an August 2010 Sprint Cup race. (Getty)

Edwards and Katherine “Kate” Downey were married on January 3, 2009. The couple have two children together, one daughter, Annie, and one son, Michael.

Dr. Katherine Edwards works as a physician helping to rehab patients with severe and traumatic brain injuries.
She earned her medical degree from University of Missouri-Kansas City School of Medicine in 2004 and later completed residency in 2007 as Chief Resident at University of Missouri-Columbia in Physical Medicine and Rehabilitation.

4. Edwards Has Finished 2nd in Points Twice During His Sprint Cup Career 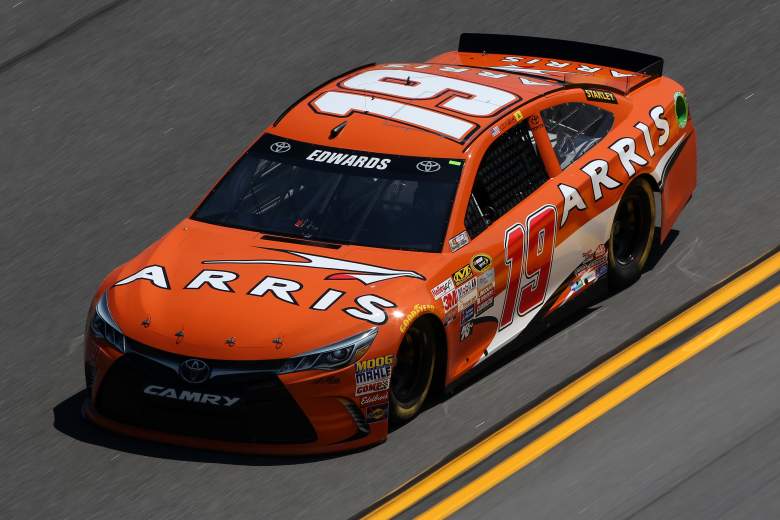 In 2008 and 2011, he finished 2nd in the points chase behind Jimmie Johnson and Tony Stewart. In 2011, Edwards lost a tie-breaker due to Stewart’s five total wins in comparison to Edwards’ one.

In 2014, he qualified for the “Chase for the Sprint Cup” after missing it in the previous two seasons. Last year he ultimately finished 9th in the points race after the season concluded.

5. Edwards Is 1 of NASCAR’s Most Recognizable Drivers 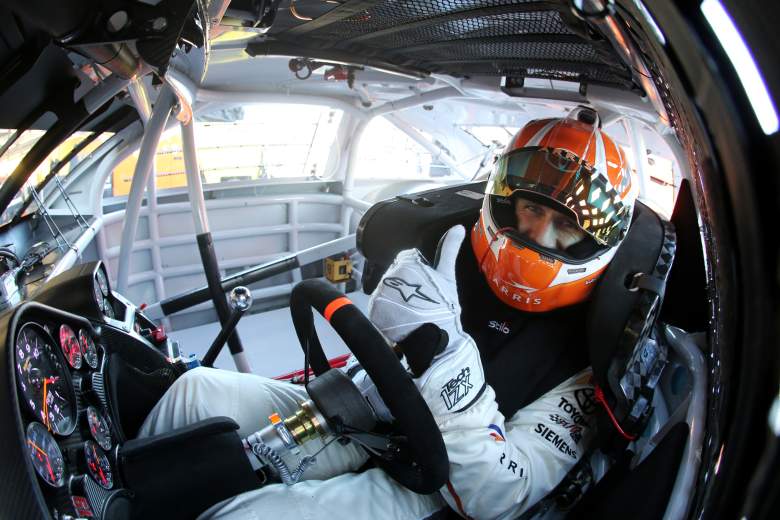 Edwards inside his No. 19 car (Getty)

Edwards isn’t just a full-blooded race car driver. He also is a known fan of other sports, such as baseball and pro-wrestling, and can be regularly seen making appearances and commercials outside of the track.

He has appeared on the cover of ESPN: The Magazine and Men’s Health, in Under Armour, Subway and “This is SportsCenter…” commercials and is friends with John Cena — he even hosted an episode of Monday Night RAW in February 2010.