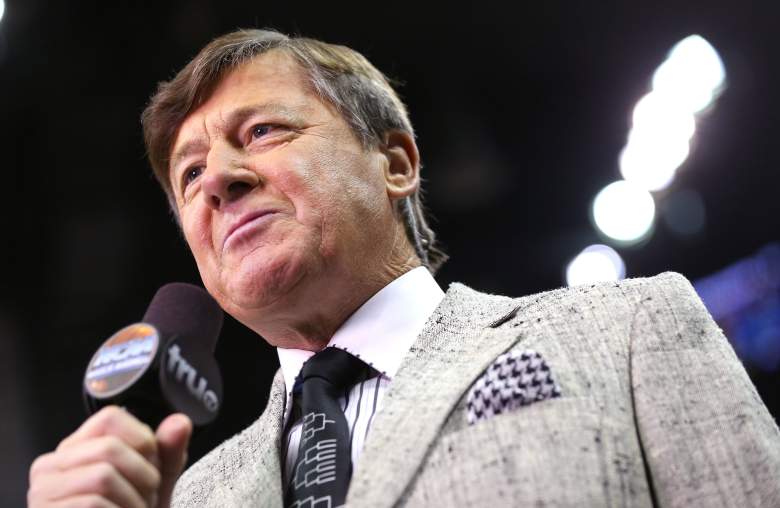 Craig Sager will return to NBA on TNT in March. (Getty)

NBA on TNT sideline reporter Craig Sager will be returning to the sideline in March after his son announced on Twitter that doctors had cleared his father to return to the sideline, meaning Craig Sr. is officially cancer free.

It's official!! Sr just got cleared to return to work & will be back in action Thursday, March 5 for Thunder-Bulls!!! pic.twitter.com/dnUi2Wy7Ax

Sager first learned of the diagnosis last year, which caused him to miss the entire 2014 NBA Playoffs. His son — who donated bone marrow in order to help his father — works as an Atlanta Falcons beat writer and managing editor for Score Atlanta (and can be found on Twitter here), and has been keeping Sager’s and NBA fans updated throughout the year.

1. Sager Has an Extensive History in Broadcasting Before Joining TNT 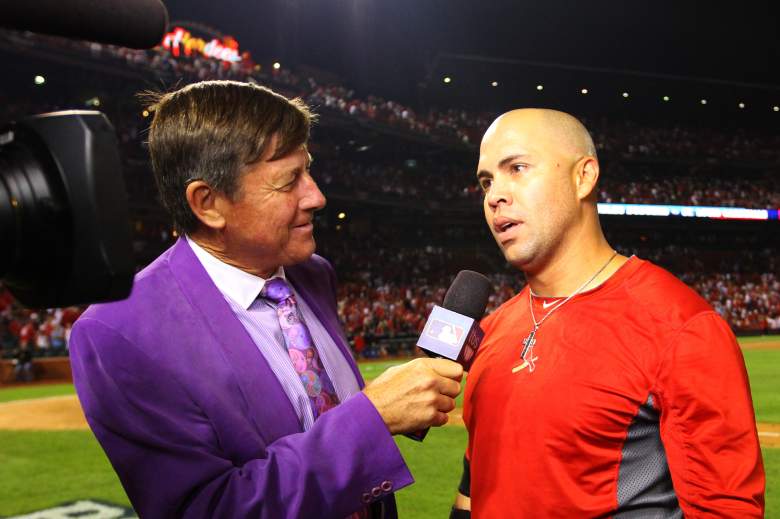 Sager is a graduate from Northwestern University. He joined CNN in 1981, which later included most of Turner Sports’ properties.

Sager has some of the most extensive and diverse catalog of all major U.S. television reporters. He has covered the: Goodwill Games, Pan American Games, 1990 FIFA World Cup and called skiing and curling for TNT’s coverage of the 1992 Winter Olympics.

His reporting history is even more interesting.

In 1974, he interviewed Hank Aaron just after Aaron broke Babe Ruth’s career record by slugging home run No. 715; he covered Seattle Slew when the horse won racing’s Triple Crown in 1977; he sat on the team bench of a 1979 NCAA Final Four game until NCAA staffers kicked him off and bailed out; he bailed out Morganna after she was arrested for running on the field at the 1979 MLB All-Star Game.

Sager has expanded his catalog to include MLB on TBS games in recent years.

2. The Sideline Reporter Has Become Known for His Style 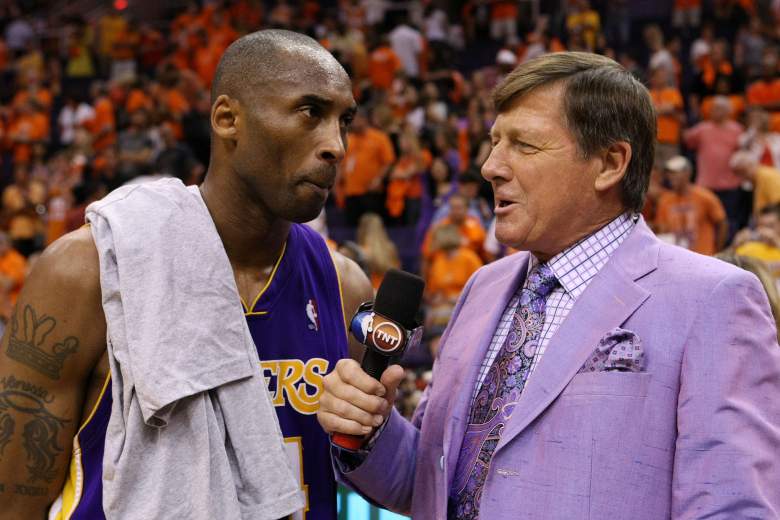 In fact, Sager has become overwhelmingly known for his style. In the interview with USA Today, he admitted that his “sartorial idiosyncrasies” have been a major part of his personality since 1974…

I wore a blue, white and yellow suit I got from Goodwill. I got the job but they said I couldn’t wear that (on-air) because their cameras couldn’t focus on it. Of course, camera technology is much better today.

His wardrobe choices are always the talk of the internet and have spawned fan pages with followers. 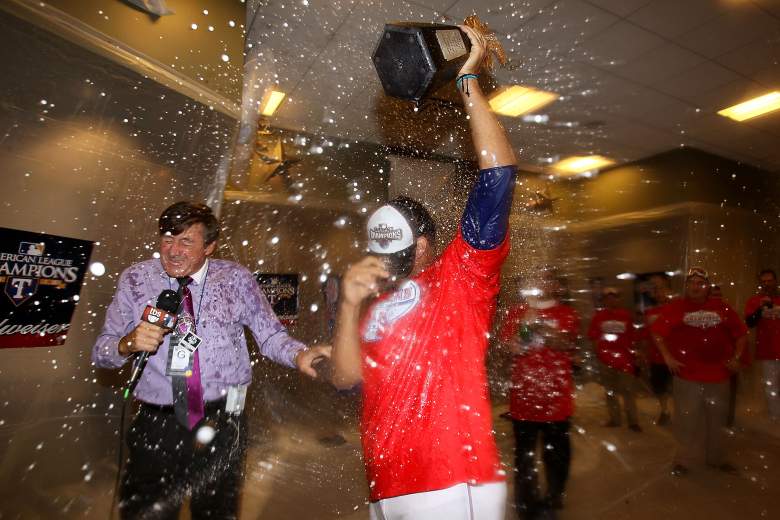 Sager in the Texas Rangers locker room after the team clinched the American League pennant in 2010. (Getty)

In April 2014 when Sager first learned the news he had leukemia, he announced on Twitter that he would have to miss the 2014 NBA Playoffs. He immediately underwent treatment, which lasted a few weeks, then lasted a few months. In response to the news, Sager stayed positive:

My favorite time of year – city to city, round by round, 40 games in 40 nights. A dramatic turn has matched me with acute myeloid leukemia. From the sidelines to being sidelined, 40 veins and 40 electrolytes. Too bad, I had some probing questions for Pop.

4. There Was News About Him Being Close to a Return in November 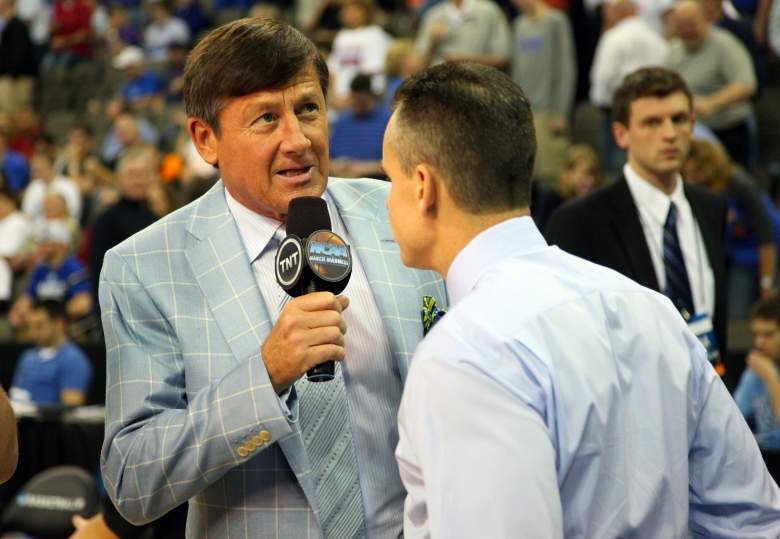 NBA.com writer Shaun Powell wrote an in-depth Sager piece back in November. In the article, Powell spoke of Sager’s passion for the game in great detail, but also alluded to how Sager may have been close to returning to the sideline sooner rather than later:

He does know how close he is to returning to his element, his arena. Sager will spend Thanksgiving counting blessings instead of calories and counting down the days until he holds a microphone again. He hopes to work a Spurs game. Popovich will glare at his line of questioning. That would be a thrill.

Sager will return in a striped orange suit that will cause whiplash from courtside fans and a handful of players, some of whom will howl. And that’s fine. Because when it comes to wearing outlandish attire, only a few special people can pull it off.

5. March 5th Has Been Announced As His Official Return Date 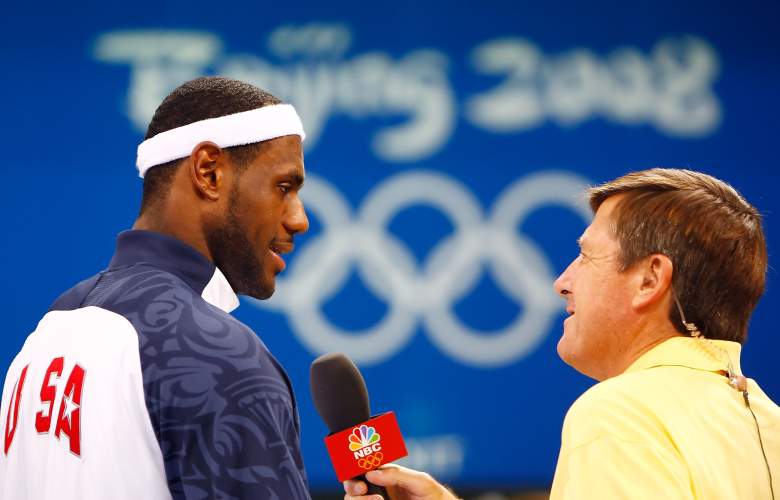 After teasing a return during NBA All-Star Weekend 2015 in New York City, Sager’s son officially announced on Twitter that he had been cleared to return to his job.

The first game he will cover as a sideline reporter again will be the March 5th game when the Oklahoma City Thunder take on the Chicago Bulls — less than two weeks from today.