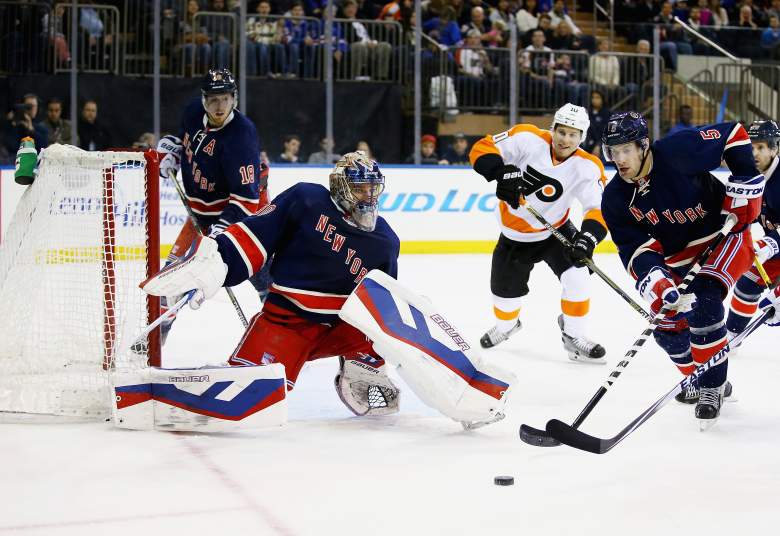 New York Rangers goalie Henrik Lundqvist makes a save against the Philadelphia Flyers earlier this season. Lundqvist has a neck injury that will keep him out of Saturday’s game.(Getty)

Saturday’s game between the New York Rangers and Philadelphia Flyers is the first non-Stadium Series regular-season matchup in primetime on NBC since the network acquired NHL rights in 2006.

The puck drops at 8 p.m. Eastern. In the NBC booth will be Mike ‘Doc’ Emrick on play-by-play, and he’ll be joined by analysts Eddie Olczyk and Pierre McGuire. 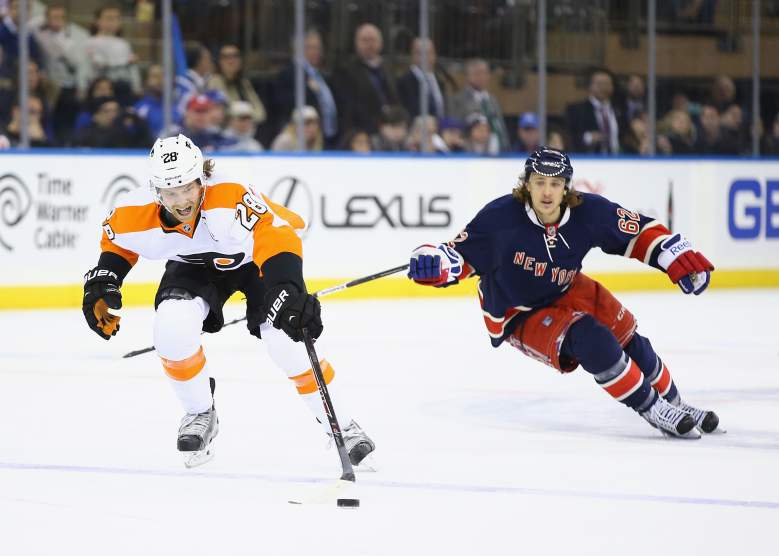 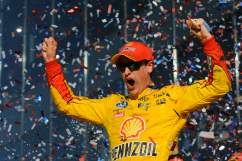 WATCH: Joey Logano on The Late Show With David Letterman

Read More
Hockey, NBC, NHL, TV
The Rangers are 3-0 against the Flyers this season and the teams meet again Saturday night in Philadelphia. Click here to find out how to watch online.