Hard punching Keith Thurman will face off against brawler Robert Guerrero as part of the triple-header debut of Premier Boxing Champions on March 7 in Las Vegas. NBC will broadcast the bout (8:30 p.m.  ET/5:30 p.m. PT). 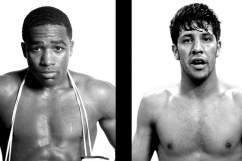 Keith Thurman (24-0, 21 KOs) enters the fight a favorite in Vegas and online sportbooks. But Robert Guerrero is a rugged veteran that will not give in easily to the undefeated up-and-comer.

In his previous fight, 31-year-old Robert Guerrero (32-2-1, 18 KOs) defeated Yoshihiro Kamegai in a savage 2014 Fight of the Year candidate at the StubHub Center in California.  That bout followed Guerrero’s loss to Floyd Mayweather Jr. in May 2013.

Here’s a look at the numbers: 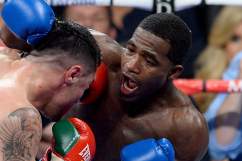