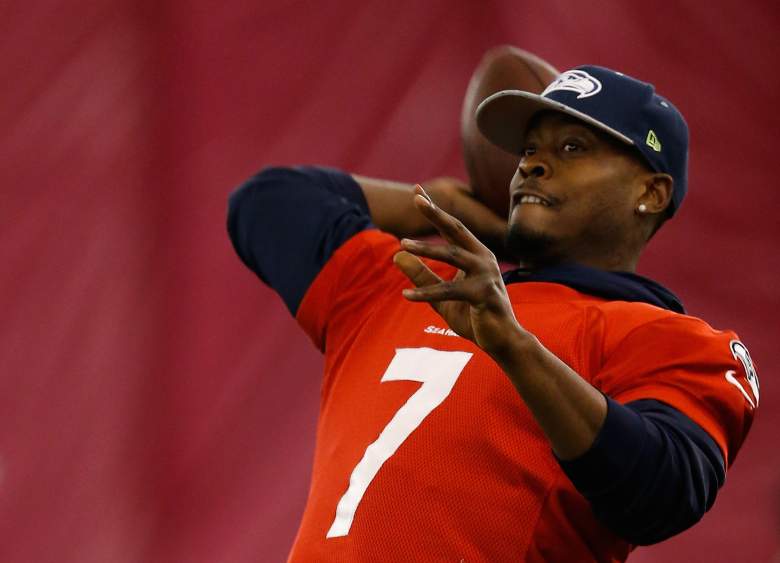 Jackson has bounced around the league during his seven seasons, and has experience as a starter in the NFL. Since Jackson 1st signed with Seattle in 2011, he has not started a game.

Jackson is also one of the NFL’s most resilient players as he had to learn how to deal with personal problems early on in his career.

Here is what you need to know about Jackson:

1. Due to an Injury, Jackson Transferred to Alabama State 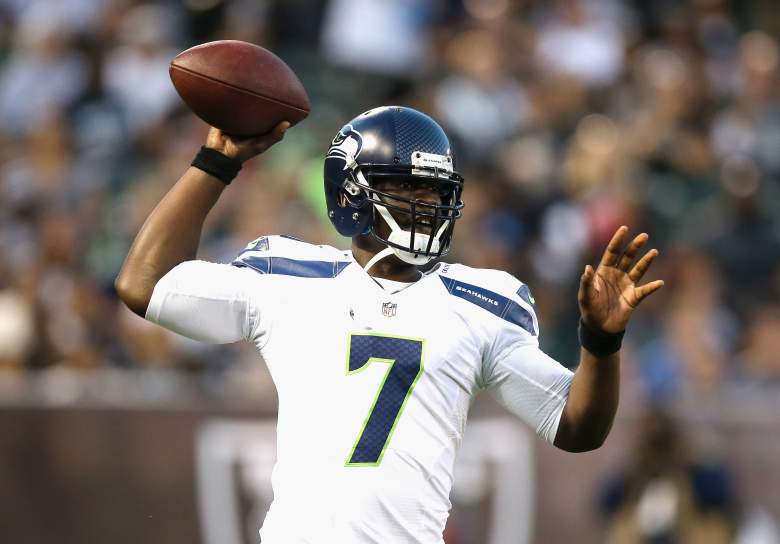 A season-ending shoulder injury in 2001 forced Jackson to redshirt his freshman season at Arkansas. In 2003, Jackson transferred to Alabama State University.

Jackson left Alabama State ranked 7th in Southwestern Athletic Conference history with 68 touchdown passes, despite playing only three seasons in the league. He also and ranked 9th in SWAC history with 7,839 yards.

2. Jackson Was Drafted by the Minnesota Vikings 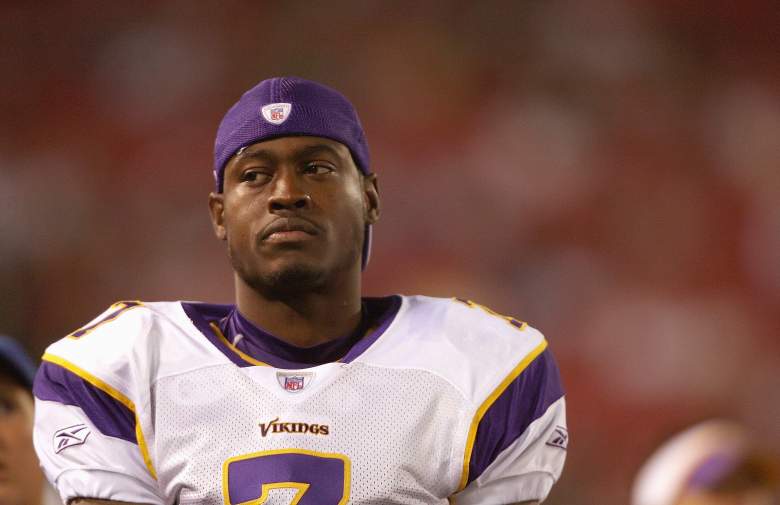 The Minnesota Vikings made Tarvaris Jackson the 64th overall pick in the 2nd round of the 2006 NFL Draft. Jackson, who was projected go to much later in that year’s draft, was seen as a risk by the Vikings who were desperately looking to fill their franchise quarterback role.

Jackson possessed a good arm and good athleticism, and due to his success at Alabama State, was seen as a potential Steve McNair clone — McNair attended a much smaller school in Alcorn State.

3. The Vikings Made the Playoffs With Jackson in 2008 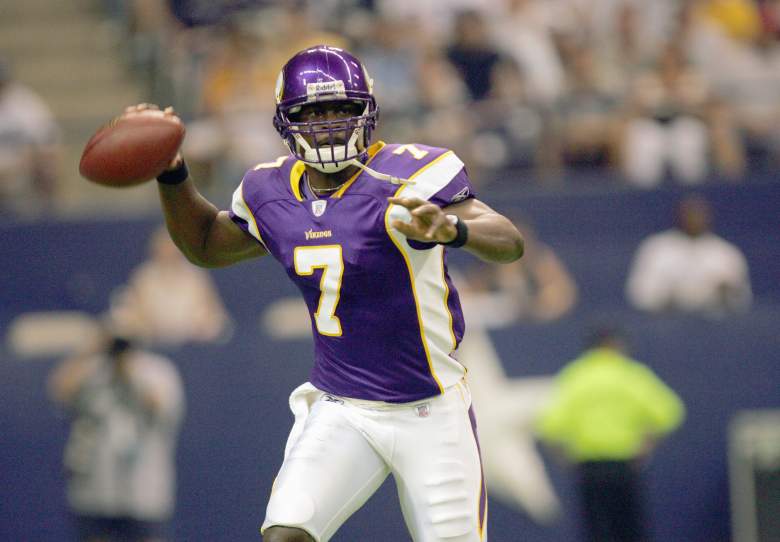 Jackson’s most successful season as a starting quarterback was during the 2007 regular season where he finished 8-4 as a starter and helped the Vikings make the playoffs. The playoff game he started was a disaster, though. He went 15-for-35 for 164 yards and an interception — a performance that would cost him his starting job.

4. Jackson Has Been a Backup for the Last 5 Seasons 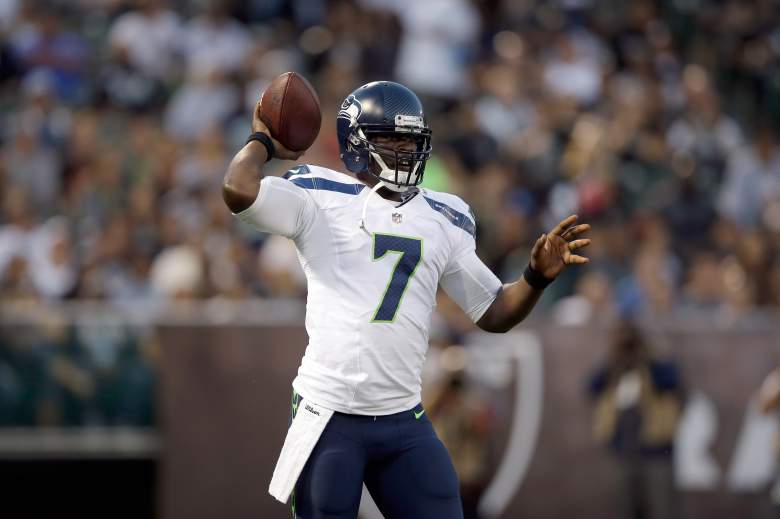 Since losing his starting job to Brett Favre after the 2008-9 season, Jackson has predominantly been a backup quarterback. He was a backup with the Vikings before he left for the Seattle Seahawks in 2011. In 2012, Jackson signed with the Buffalo Bills, but would later return to Seattle and has been with the team since 2013.

5. Tarvaris Has Had to Go Through a Lot to Take Care of His Son 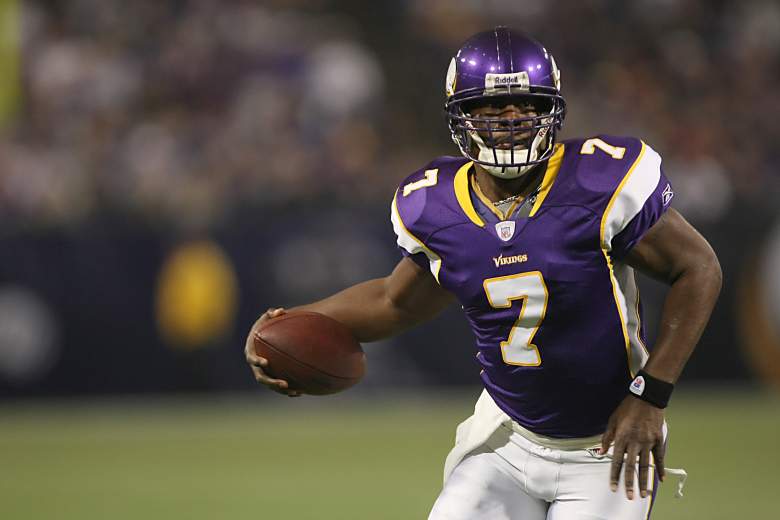 Tarvaris’ son is known as T.J. T.J.’s mother — whose name has never been released publicly — has lupus, which is a form of arthritis perpetuated by the body’s immune system. In May 2008, T.J. needed a pacemaker implant. After T.J. got an infection, the pacemaker was replaced that October.

Eventually, T.J. recovered, but the health of his son was distracting. Jackson would still eventually start a playoff game against the Philadelphia Eagles that January despite losing his job during the regular season.