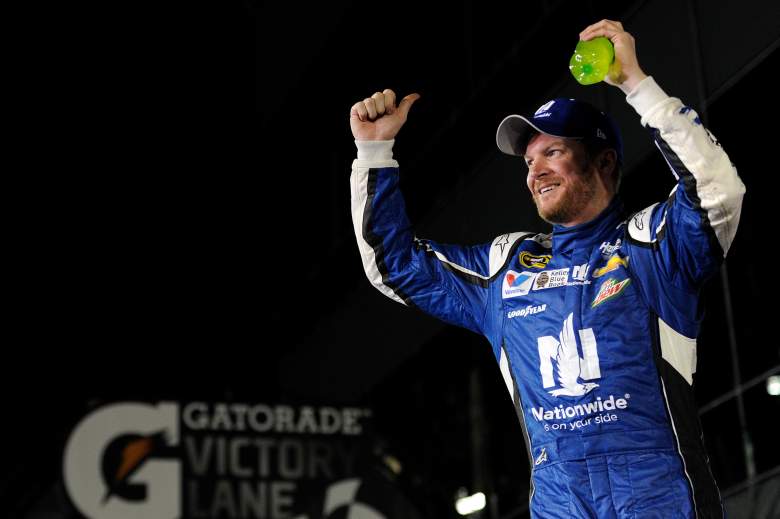 Dale Earnhardt Jr. started from the last position, but came out on top in Budweiser Duel 1 and his Hendrick Motorsports teammate Jimmie Johnson won the second race on a chilly Thursday evening in Daytona Beach, Florida.

The Daytona 500 field is now set after the Duels from Daytona International Speedway.

The 57th edition of The Great American Race is Sunday at 1 p.m. Eastern and will air on Fox.

Here are the recaps of the Budweiser Duels:

Beginning in the 25th – and last – position of the race because of a failed inspection after last week’s Daytona 500 qualifying, Dale Earnhardt Jr. made his way to the front of the pack early and won Budweiser Duel 1.

Earnhardt’s No. 88 Chevrolet did not meet NASCAR’s minimum height requirement at the official qualifying.

Daytona 500 pole sitter Jeff Gordon and Joey Logano were there at the end, but Junior held on for the victory and will start in the third spot in Sunday’s Daytona 500.

Jimmie Johnson won Duel 2 in a green-white-checker finish after a late wreck involving Danica Patrick and Denny Hamlin. Patrick was clearly upset post-race and the two had a somewhat heated exchange.

Patrick was 18th at the time of the wreck, but returned and rallied to finish 10th and clinch a spot in Sunday’s Daytona 500 field. 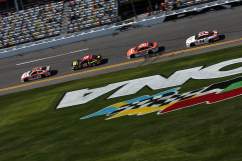