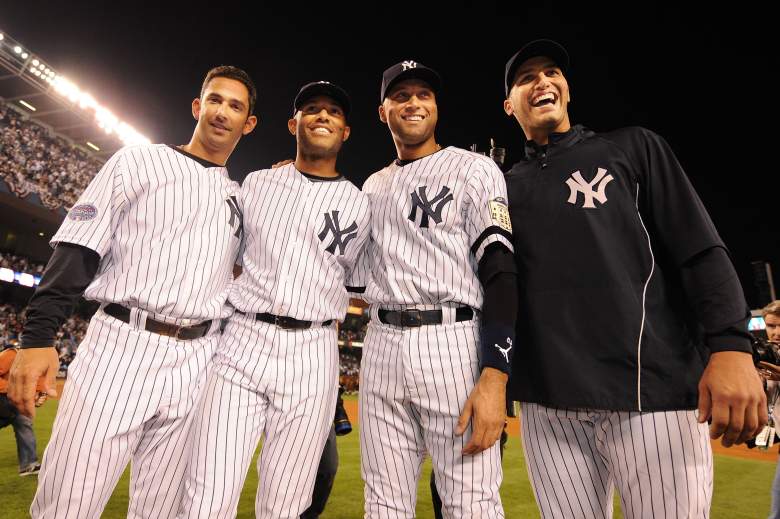 On Monday afternoon, the New York Yankees announced that former players Bernie Williams, Jorge Posada and Andy Pettitte would each have their numbers retired in 2015, including have a day during the season dedicated to honoring each player.

The Yankees organization has a storied tradition, and their sustained success for the last century has led to 27 championship-winning teams along with many great players who throughout the years have deserved to have their number retired. 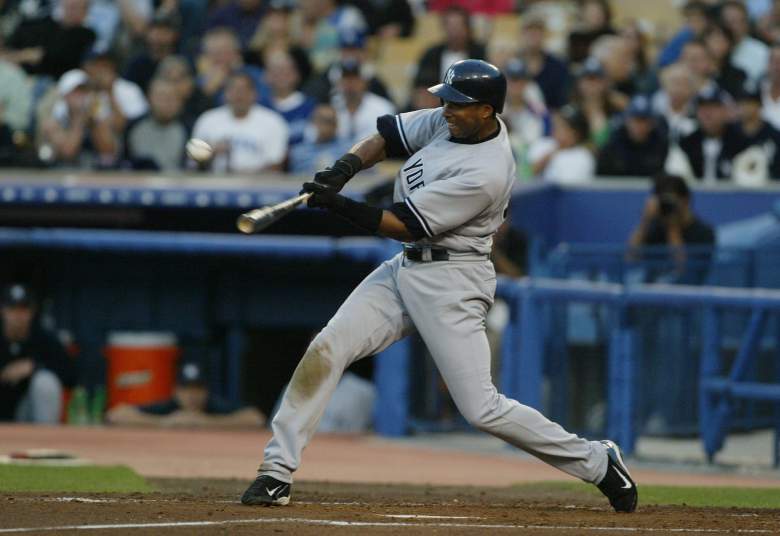 Bernie Williams, although not officially a member of the “Core Four” is just as popular with Yankees fans and considered just as important to the success of those teams. (Getty)

Three of the four inductions will come at some point during the summer. Pettitte’s No. 46 will be retired on August 23, Williams’ No. 51 on May 24​, and Posada’s No. 20 on August 22. Former second baseman Willie Randolph will also be honored with a plaque on Old Timer’s Day, Saturday, June 20.

Williams, Posada and Pettitte, along with Derek Jeter and Mariano Rivera, were a part of the famous “Core Four” group of players — Williams, although technically not in the four, is mentioned alongside those names in the same light — that helped pioneer the late 1990s Yankees dynasty and helped bring a championship nine years later in 2009.

2. The Team Had Retired 15 Players Before 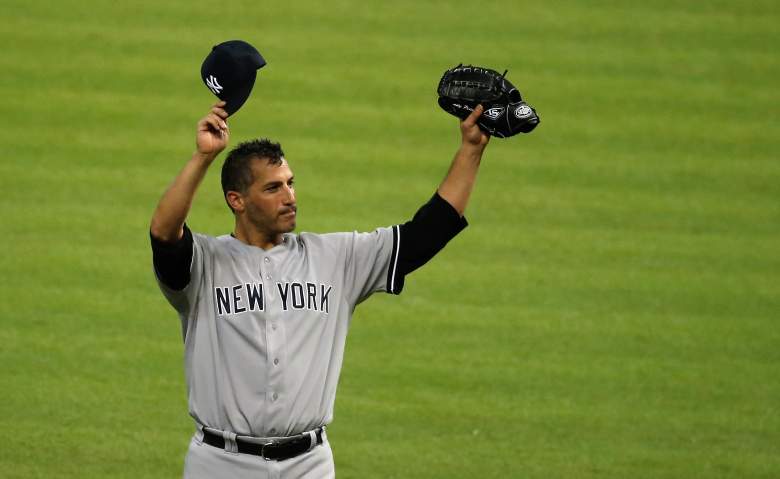 Andy Pettitte celebrating on the mound after pitching his last inning in 2013. (Getty)

With Williams, Posada and Pettitte all being honored, this brings the total number of Yankees who have had their numbers retired up to 18. The first Yankee to have his number retired was Lou Gehrig in 1939 — immediately after his final year as an active player, which is also notable for his memorable July 4th speech.

The full list of Yankee players who have had their number retired can be found here.

3. Each Retired Yankee Gets a Plaque Honoring Them in Monument Park 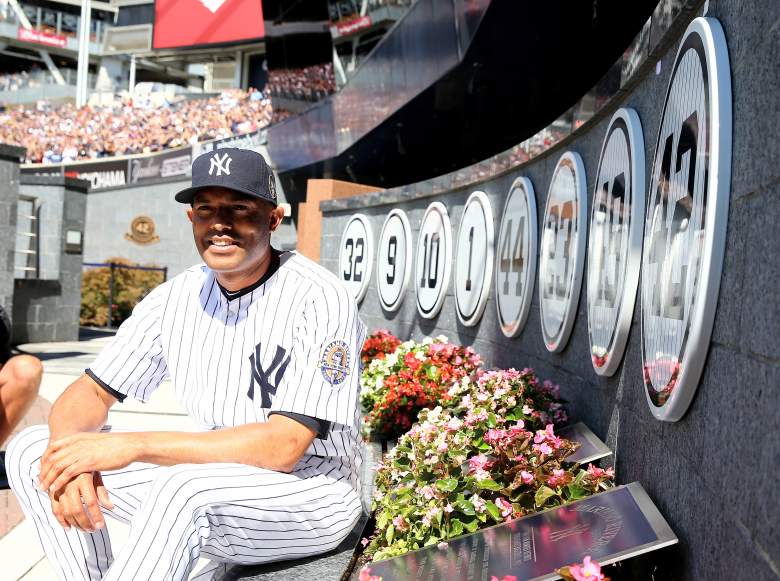 Mariano Rivera posing next to retired numbers in Monument Park (located beyond the center field wall at Yankee Stadium). (Getty)

The New York Yankees organization has over 100 years of storied tradition along with 27 World Series Championships. Many of baseball’s all-time great players such as: Babe Ruth, Gehrig, Joe DiMaggio, Mickey Mantle, Whitey Ford, Reggie Jackson and countless others have worn pinstripes in their careers.

Monument Park, although obviously not the actual park it is today, can be traced back all the way as early as 1929. 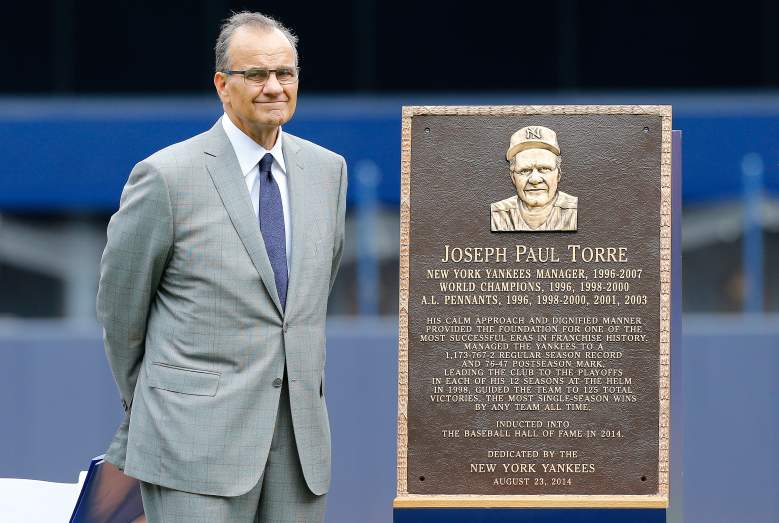 Former Yankees manager Joe Torre was honored with a plaque in Monument Park during the 2014 season. (Getty)

The full list of Yankees who have been honored with a plaque in Monument Park can be found here.

In 2014, four former players and managers were honored with a ceremony during the season at Yankee Stadium. These names include: Tino Martinez, Goose Gossage, Paul O’Neil and Joe Torre.

5. There Are Still Former Yankees Who Will Have Their Number Retired 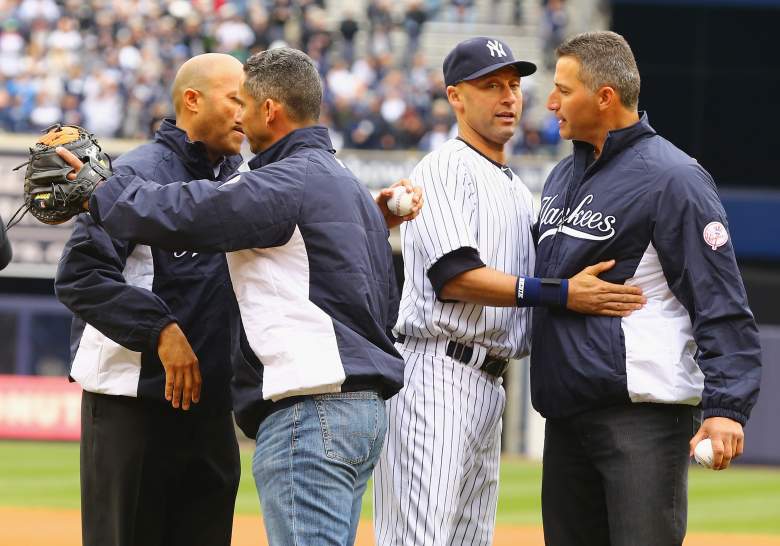 The two distinct candidates that are obviously Jeter and Rivera. Jeter is the only single-digit number that the Yankees have not retired yet, and is almost a slam dunk to be retired at some point during the 2016 season. Rivera is the all-time saves leader. Both players may also be future first-ballot Hall of Famers as well.

Rivera is a special case because Major League Baseball retired Jackie Robinson’s infamous No. 42 during the 1997 season. Rivera was the last player to wear No. 42 in the majors, and his name will be honored alongside Robinson’s when the Yankees decide to retire it as well.