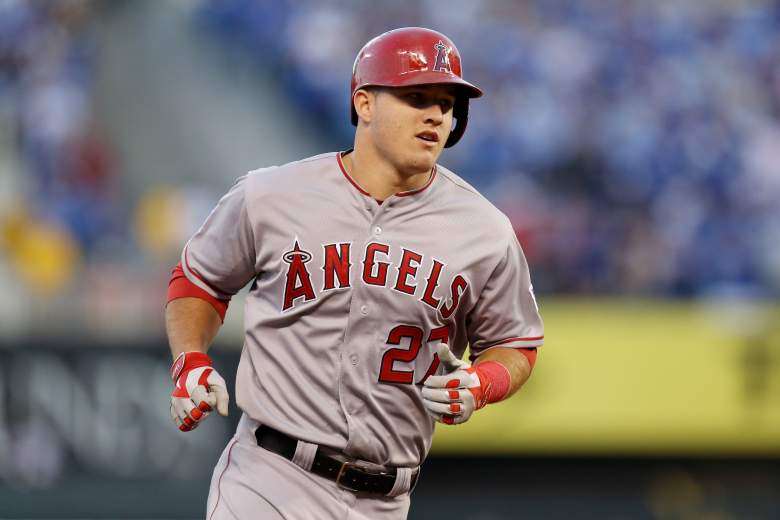 The new wave of fantasy sports is here. And it appears it’s here to stay.

While sites like ESPN and Yahoo offer daily salary cap fantasy leagues, your prize is bragging rights. You do get those with DraftKings and FanDuel, but they also do something ESPN and Yahoo cannot: Show you the money.

Yes, with DraftKings and FanDuel you can win actual money.

And don’t worry, it’s legal (well, most states). We’ll get to that shortly, though.

What the daily fantasy leagues offer is no commitment, you play when you want. Let’s face it, the baseball season is long. Very long. And you’ve probably noticed quite a few managers in your season-long leagues losing interest halfway through. That won’t happen in DraftKings and FanDuel.

Here’s what you need to know about DraftKings and FanDuel: 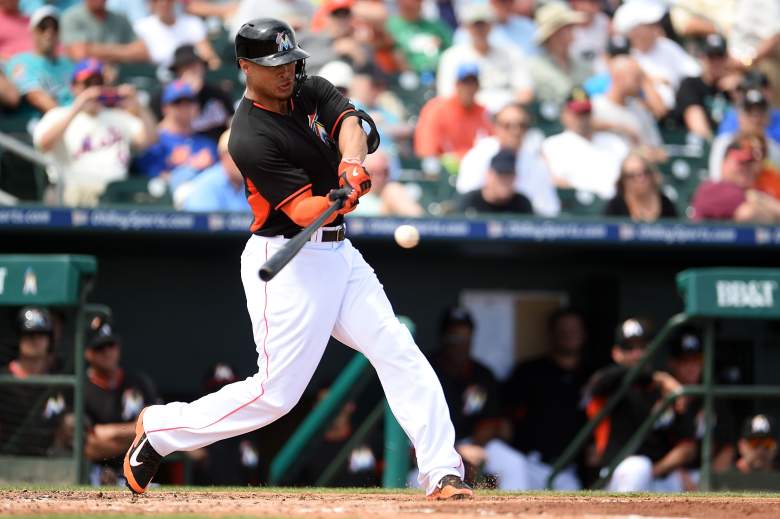 Giancarlo Stanton of the Marlins. (Getty)

First you need to create an account. Then you need to deposit funds into your account by using a credit card or PayPal. Most of the time you can use a promo code and the site will match (up to a certain amount) what you deposit.

Now that your money is in your account, it’s time to play. Both sites have a “Lobby” where you can find the contests.

Check out the DK Lobby here.

Head-to-Head is just that; you vs. an opponent, winner take all.

Leagues and Tournaments can last up to a week if you still like the idea of a longer “season.”

What DraftKings offers that FanDuel are one-day games for fantasy sports beginners.

There are a ton of games to participate in and they include varying entry size and entry fee. Choose the one that fits the settings and price you like.

What Sports Are Offered? 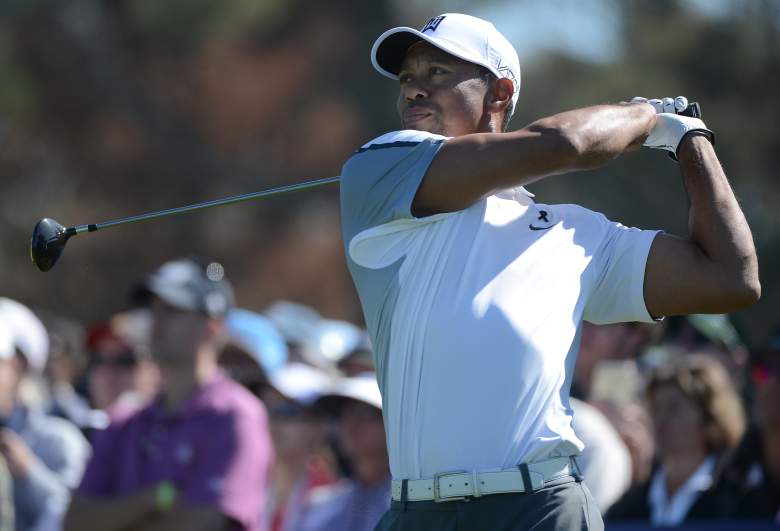 This is where DraftKings branches out more than FanDuel.

So if you’re a fan of golf, UFC, NASCAR and soccer, you’re heading to DraftKings.

What Are the Differences Between DraftKings & FanDuel? 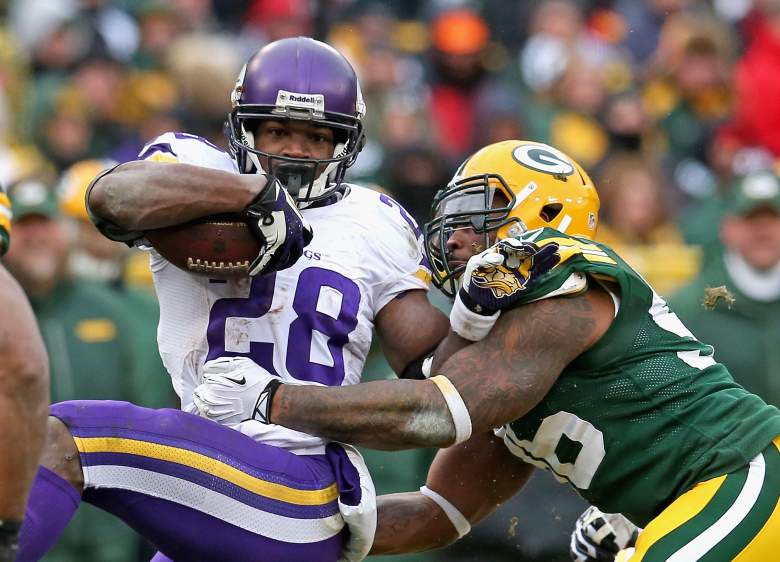 Vikings running back Adrian Peterson is back after missing nearly the entire 2014 season. (Getty)

The first DraftKings NFL contest of the year is the biggest one-week fantasy contest in history: DraftKings’ Millionaire Maker football contest, which will pay out a record $10 million in prize money, including $2 million to the first-place finisher.

The contest gets underway on Sunday, September 13, so it doesn’t include any players from the Pittsburgh Steelers-New England Patriots season-opener on Thursday, September 10.

But there are plenty more contests for to play for the opening weekend of the NFL season, including the Week 1 Play Action contest with a $1 million prize pool and a $100,000 payout to the winner, and a free $100K contest with a top prize of $10,000.

The Play Action contest has a entry fee of $3.

The rules are simple: With a $50 million salary cap choose the 9 players you think will perform the best during Week 1 of the NFL season between Sunday’s and Monday night’s games.

For all latest rankings and projections, bookmark our fantasy football rankings 2015 page.

This is how the DraftKings’ scoring works for the NFL:

The game itself is the same. Click on the player you want, he’s on your roster.

The differences are in the roster size, salary cap amount and scoring.

Are DraftKings and FanDuel Legal? 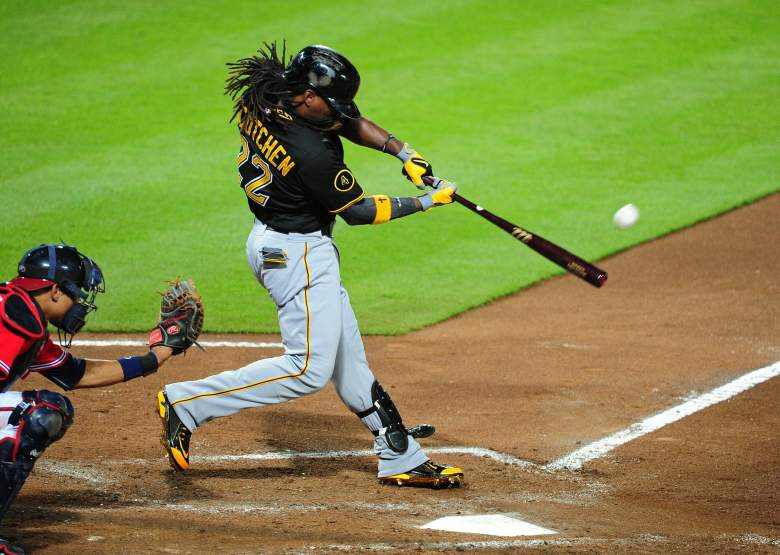 You’ve probably thought to yourself: “This can’t be legal, can it?”

The answer is yes. They are legal. Well, in most states it is.

Unlike sports wagering, playing fantasy sports is considered a skill, so it is not illegal.

This is taken directly from the DraftKings website in the Frequently Asked Questions section:

We are a US-based skill games company, and all of our contests are operated 100% legally under United States and Canadian law. The US Government and 45 of the 50 states consider fantasy sports a game of skill. We do not allow residents of Arizona, Iowa, Louisiana, Montana, or Washington to participate in our contests due to state-specific regulation against cash prize awards. We also require our users to be 18 years of age or older (19 in Alabama and Nebraska). We take the legal status of our contests very seriously. If you have any questions related to this topic, please contact us.

And this is from FanDuel:

Yes, Fantasy Sports is considered a game of skill and received a specific exemption from the 2006 Unlawful Internet Gambling Enforcement Act (UIGEA). FanDuel uses exactly same rules as season long fantasy sports game, the only difference is that our games last only a day. Thanks to fantasy sports being specifically excluded from laws affecting online sports betting, FanDuel is not illegal in any way. Trust us, our lawyers drive very nice cars so that we can keep it that way. We’re also members of the The Fantasy Sports Trade Association (FSTA).

So there you have it.

DraftKings and FanDuel are very similar with the big draw being they each offer real money to win.

Where DraftKings gets an edge is in the amount of sports it offers; they have a few more than FanDuel. And DK has a few more types of contents to participate in.

But both sites are easy to navigate, so it’s a matter of personal preference in that department.

While DraftKings and FanDuel are very similar, there are a number of slight differences, so be sure to check out the entire site before choosing which is best for you. Or maybe you sign up for both and find out that way.